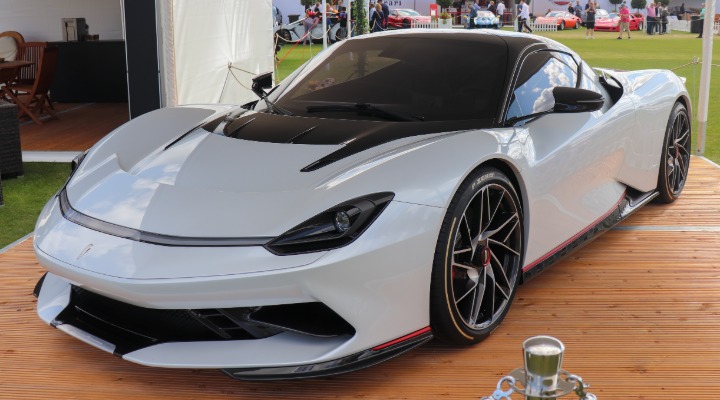 We’ve been hearing about the Apple car since quite some time now. Rumours of Apple car began in 2014 when Tim Cook first hinted at a concept vehicle being developed. By 2016, these rumours materialised as Elon Musk publicly pointed towards the fact thousands of engineers were being hired by the iPhone maker to work on Project Titan (Code name for Apple car).

Before we dive any deeper, we need to understand how Apple is currently positioned in the market. Apple has $191 billion in cold hard cash, meaning Apple can buy every other car company, excluding Tesla at the moment.

Which is ironic because, during 2017, Elon Musk offered Tesla to Tim Cook at 1/10th its current cost. An offer, which we all know now, that Cook refused. Presently, the EV segment is booming but its not without its flaws. Tesla is the only automotive EV company with a profit margin as high as 21%.

Meanwhile, Apple is way cushier with its 38.8% profit margin, and Microsoft is at the far end with a 68.4% profit margin. Apple heavily relies on the iPhone for its revenue. $142 billion out of $260 billion came from just the iPhone.

Majority of Apple’s revenue comes from iPhones. They accounted for $142 billion out of its $260 billion total. But Investors aren’t happy with Apple hoarding so much cash as they’d rather see it invested in R&D.

In the long run, Apple should build its own electric car, but the profit margin for this business would be relatively less. Tesla, in its current standing, operates at 21% profits after years of innovation. Apple currently operates at 38.8% profit margin and on the far end is Microsoft which operates at 68.4% profit.

For the uninitiated, Apple does own the manufacturing facilities for the iPhone. Instead, It gives out contracts to companies like Foxconn to manufacture the products it designs.

This could be a suitable route for Apple to develop their electric car as well. EV makers like Rivian, Volkswagen and Hyundai manufacture their cars on top of different skateboard platforms. Such a structure encompasses the vehicles chassis, car battery, suspension system and wheels.

These skateboard platforms are also highly customisable. Meaning you can build different types of vehicles on top of one such platform. Theoretically, Apple can design its vehicles and use a licensed skateboard platform from an experienced automaker, to save cost and build its EV.

In this way, Apple can focus on its strength: design and software. Elon has already praised Apple’s decision to develop an electric car. However, he has also warned them of the complexity of this industry.

It is worth noting because many Tesla hires ended up working at Apple in 2018-2019 when the rumours of Apple car were at an all-time high.

It is all but confirmed that Apple is working on an autonomous car because of its recent acquisition of the self-driving startup Drive.ai. The iPhone maker isn’t known for licensing its software, which makes its intention to build a self-driving vehicle almost clear.

Apple Car To Be Made By Kia And Hyundai?

In a recent Reuter’s report, Kia and Hyundai reported that they’re no longer in conversation with Apple to work on an autonomous vehicle. However, that does not mean that rumours of the Apple car are fake in any way.

According to Ming-Chi Kuo, Apple will most likely use Hyundai’s E-GMP platform for its first batch of EVS and Kia for US-made electric cars.

The automaker had confirmed that discussion with any potential partner is on a “pause.” Indicating that at one time, things were moving along in the development of Apple Car.