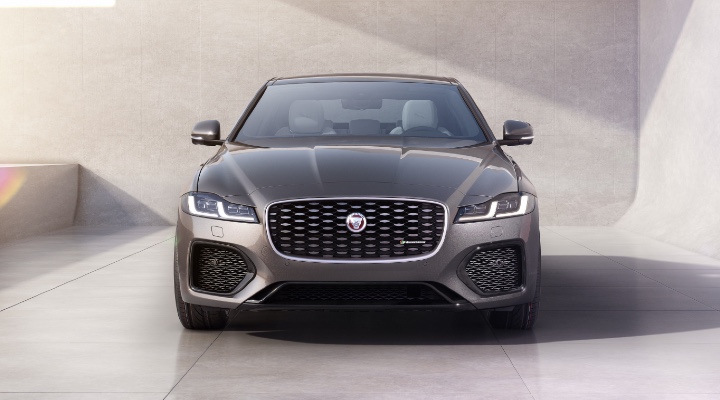 The exterior features a new front bumper with larger and lower air intakes for increased visual width. This visual width is enhanced by a wider front grille featuring a mesh design detail inspired by Jaguar’s heritage logo. The side fender vents now feature the iconic Leaper emblem, demonstrating the exceptional attention to detail found right across the vehicle. 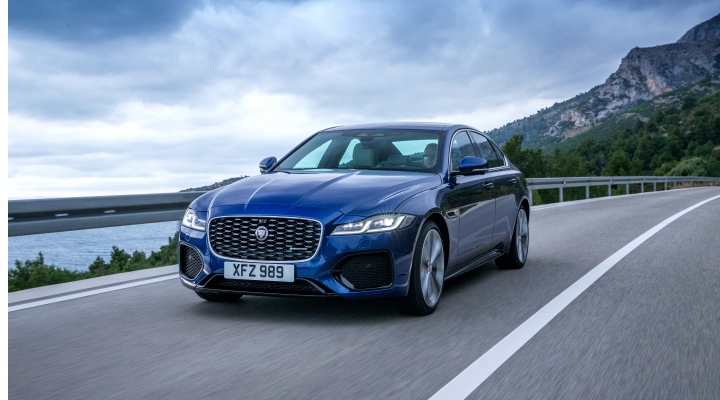 Premium LED technology is fitted as standard across the range and is available with Auto High Beam Assist on SE and HSE models. The technology uses the forward-facing camera to automatically switch between high and low beam, ensuring that oncoming drivers aren’t dazzled. Animated Directional Indicators are also available as an optional upgrade. 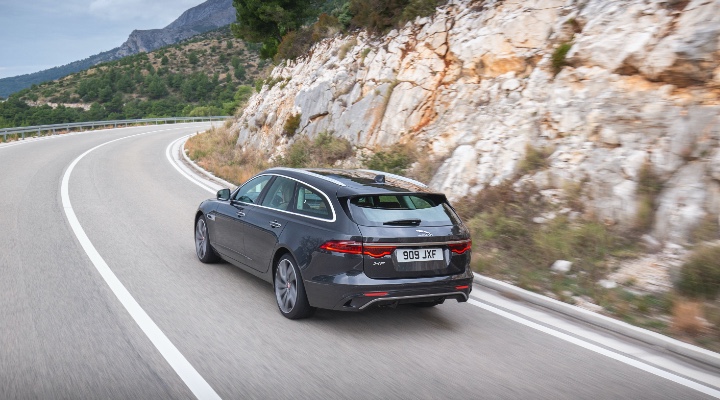 Design enhancements at the rear include a wider bumper and body-coloured rear upper valance, which visually lower the car. Darkened rear light surrounds now also feature on the XF Saloon.

In R-Dynamic specification, the new XF and XF Sportbrake feature a series of distinct design elements for a more performance-focused look, while all models are available with the additional Black Exterior Pack, which delivers an even more dynamic appearance with bespoke elements finished in Gloss Black. 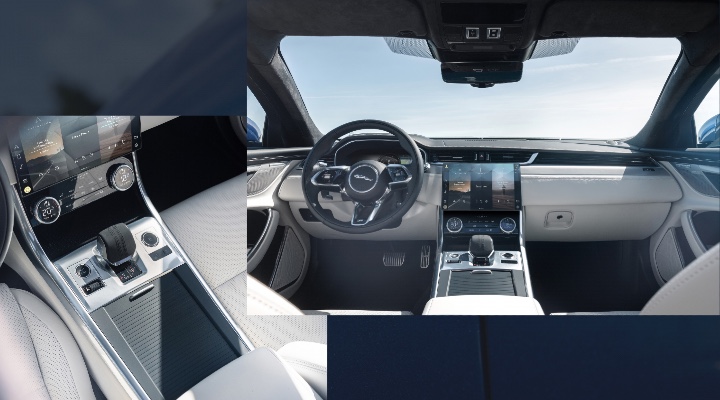 The XF has an all-new interior with heightened luxury, enhanced connectivity and greater serenity and refinement. The new cockpit design is bolder, more dynamic and with greater focus on the driver. A new sporty centre console, faster in profile, sweeps up to the dashboard incorporating an optional wireless device charger with phone signal booster (in selected markets). 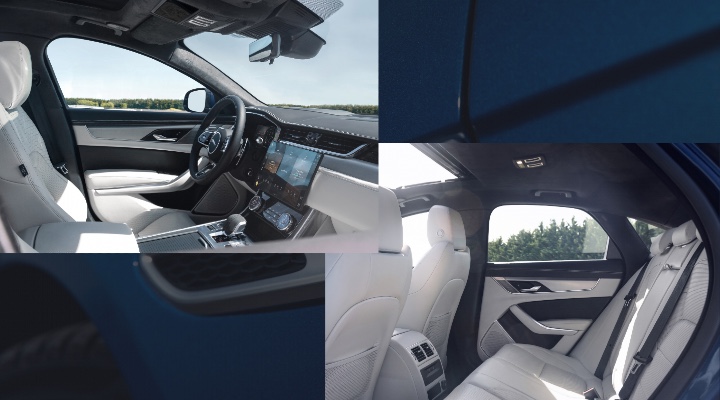 At the heart of the new interior is a seamlessly integrated centrally-mounted 11.4-inch curved-glass HD touchscreen in an elegant magnesium alloy casing, which controls the new Pivi Pro infotainment system. Authentic finishes, including open-pore wood veneers and aluminium, feature in beautifully formed shapes such as the upper door insert and full width ‘Piano lid’ that is formed across the width of the dashboard. Laser-etched mid-line speaker frets and the metallic rotary dial of the JaguarDrive Control epitomise the attention-to-detail.

The new Drive Selector – just one of the many beautiful details – features an upper section finished with ‘cricket-ball’ stitching, the lower part being made of precision-engineered metal for enhanced tactility. 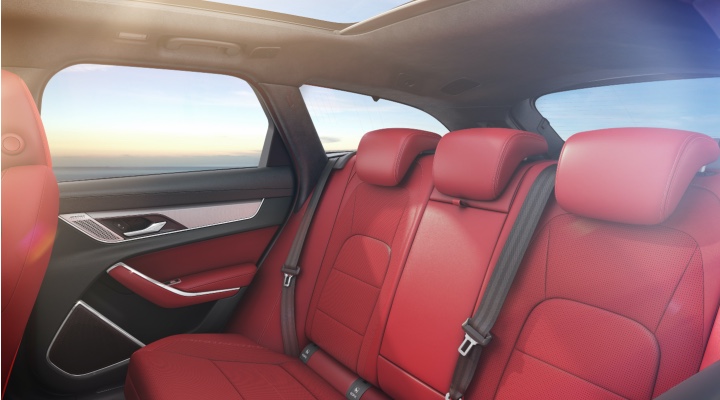 A series of advanced technologies ensure the health and wellbeing of all occupants. Optional on all models, Cabin Air Ionisation improves interior air quality through Nanoe technology, which helps remove allergens and unpleasant odours. The system also features PM2.5 filtration, which captures ultra-fine particles – including PM2.5 particulates – to improve occupant health and wellbeing.  You can activate the system simply by pressing the ‘Purify’ button.

The new XF is available exclusively with eight-speed automatic transmissions, rear- or all-wheel drive, and the following engine options:

The new 204PS diesel MHEV powers the XF Saloon RWD variant from 0-100km/h in 7.6 seconds. The XF Sportbrake AWD version is capable of 0-100km/h in 8.0 seconds. This delivers low running costs and represents a 13 per cent improvement in emissions and 14 per cent in efficiency for the XF Saloon RWD compared to the outgoing 180PS diesel engine in addition to a power increase of 24PS.

Petrol customers can choose between 250PS or a 300PS version of the 2.0-litre four-cylinder producing 365Nm and 400Nm respectively. Both feature the latest engine technologies including a twin-scroll turbocharger and Continuous Variable Valve Lift (CVVL), for a strong combination of refined performance and efficiency.

All engines are paired with Jaguar’s eight-speed automatic gearbox, which can be controlled using the steering wheel shift paddles for added driver engagement.

You can order the new Jaguar XF and XF Sportbrake at www.jaguar.com