A progressive journey from phones to smartphones is on a turbocharger ! - Exhibit Tech Editor's note
Editor's note

A progressive journey from phones to smartphones is on a turbocharger ! 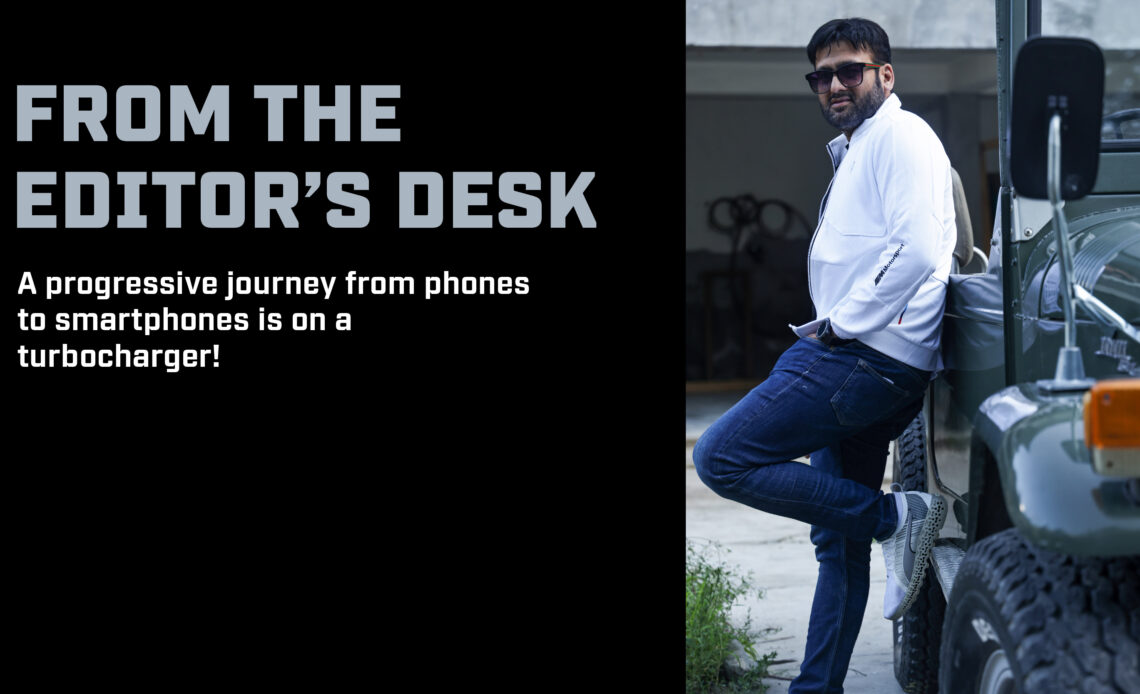 With the world finally picking up the pace postpandemic, a lot of hustle-bustle has begun. We started travelling full-fledged and tried to pack in
as much as we had missed it during the lockdown. Though our travelling never stopped with automobiles & Topgear required us to be on roads all the time. We are in full swing to host the Exhibit Tech Awards next month, and with a lot of things happening simultaneously, we managed to catch hold on a lot of stuff that you will encounter in this issue. With segmenting the categories to finalizing the jury panel, this issue will give you a sneak peek into all the nomination categories. Don’t forget to vote for your favourite gadgets while you can at www. exhibit.tech/awards21.

This issue majorly talks about the history & evolution in various tech domains. Be it phones, gaming consoles, in-car infotainment systems, we have tried to cater for a number of topics for you to indulge into. On the automotive front, we got our hands on the future of electric mobility in India. We drove the all-new Audi E-Tron GT, and god !, it was an exhilarating experience. We were pretty sure that if the future looks like this, we are in good hands. The all-new Maruti Suzuki Celerio took us around the city of Udaipur, with much contentment and confidence of its own. It is with the time that we will see if it actually delivers the claimed fuel economy in real-world driving.

The Swedish automakers are not falling behind either. With the Volvo XC60 making its entry with a facelift that saved it from mid-life crises, is here to take on the likes of its German competitors. It is a sharp looker, and with all the added tech and driving aids, we are sure it is one of the safest cars to be driving around in.

And we had some crazy boy moments while rocketing the Mercedes Benz AMG GLE 63 S coupe at Asia’s longest high-speed test track NATRAX. It is (A)ggressive, (M)ean and (G)olliath and has got every character an AMG must-have.

The lines between technology and automobiles have been fast blurring and a progressive journey from phones to smartphones has been on the rise. Crypto is forever exciting and remains volatile, one significant news from anywhere can create havoc in all crypto exchanges. On that
note, we have rounded up crypto exchanges and all their founders – meet them on the following pages. And to sign off we got Bollywood playback sensation Armaan Malik who could have also been a successful actor owing to his chiselled looks makes his debut with us for our cover story with the realme GT Neo 2. It’s an exciting issue and definitely an exciting month next one which marks our 16th anniversary. Stay tuned and stay safe.