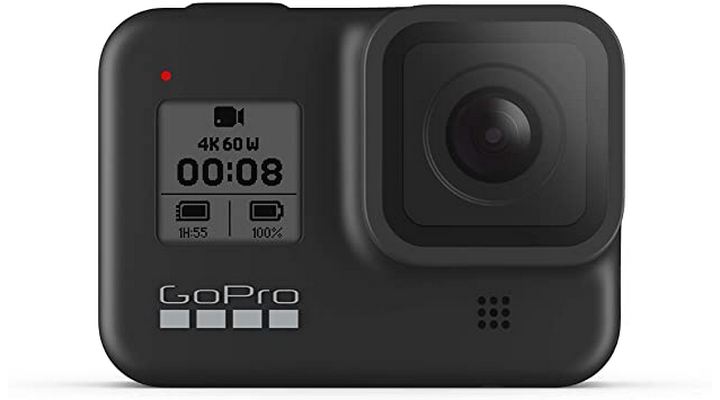 When GoPro launched the Hero 7, it was a massive hit among action camera buyers. The GoPro cameras offer flexibility and can handle all types of shooting scenarios making it a perfect camera for vlogging, action sports or just filming another vacation. This year, GoPro has made some serious changes on the new Hero and the Hero 8 is now a more capable and versatile action camera like it was with the Hero 7.

The look and feel of the Hero 8 is quite similar to Hero 7. However, it boasts new physical dimensions making is slightly bigger than the Hero 7. The Lens housing has now become slightly thinner and is fixed unlike Hero 7. Along with Gorilla Glass protection, GoPro claims that the Hero 8’s lens is twice as scratch resistant as the Hero 7. The back has the same LCD display and the front gets a small LCD monochrome display. One microphone is placed on the front to allow capturing better audio when vlogging.

The battery compartment has now been moved to the other side which also gives you access to the USB-C port, micro HDMI port and the micro sd card slot and the battery itself. Once closed, the Hero 8 is very much bulletproof. What is interesting is the new mounting flanges which now are incorporated in then Hero 8’s body which has eliminated the need of the frame used to mount the GoPro to various attachments. 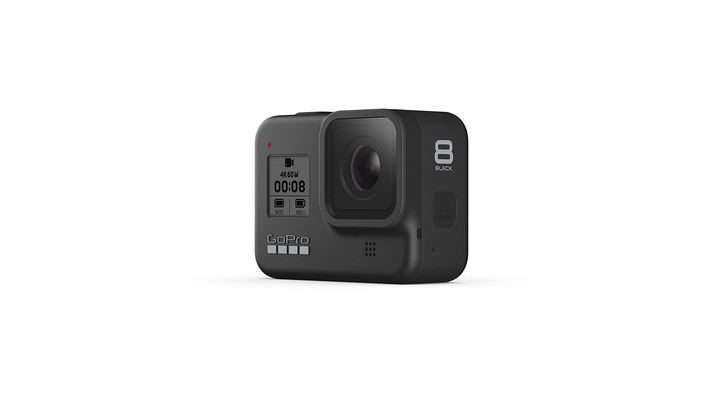 Inside the Hero 8, it used the same GP1 chip and the 12-megapixel sensor combined with a wide-angle f/2.8 lens as the Hero 7 Black. However, it is being said that the software has been revamped to allow more functions and much better recording along with a boost of the battery life. Not only this, but the new software also makes way for the new stabilization capability, which is notably a huge improvement over the HyperSmooth for smoother videos and TimeWarp functions. It is also waterproof without any casing up to a depth of 10 metres. Additionally, you get Wi-Fi, GPS and Bluetooth connectivity.

While the exterior features new changes, the user-interface has been revamped as well. You select your preferred field of view, now called Digital Lenses. In the video menu, you can shoot 4K and 1080p videos which also allow you to customise the frames and perspective. The HyperSmooth 2.0 indeed holds well and ensures that the videos shot are very smooth, even when hand-holding the camera. You still have the one-touch record button which can start-stop recording video or shoot an image, depending on the mode the Hero 8 is in. Should I buy one?

GoPro Hero 8 is able to handle all the tasks really well and the images and video shot on it are on par with most of the action cameras available in the market. With the Hypersmooth 2.0, the video quality and stabilization levels have just through the roof.

After rounds of funding, Jio Platforms on Thursday launched the video conferencing app, JioMeet to take on Zoom, Google Meets, Microsoft teams, and ...
By Munzela Rizvi3 days ago

June marked the beginning of Unlock 1.0, things did start reviving and we also saw new entrants in the Indian tech market. Here’s ...
By Munzela Rizvi4 days ago Mobile phones have come a long way from being clunky pieces of metal and plastic to being the symbol cutting-edge technology and electronic ...
By Advait Berde4 days ago

TikTok banned. AGAIN? Is 2020 finally bringing in some good to us? No no, I am kidding. This news blew up when last ...
By Smriti Raizada6 days ago