Stuck at home in the Lockdown?

Yes, we know how boring it can get. Most of us daily go to our offices for work, travel to attend different launches, experiences etc. Some of us are into automobiles and the ones who are in a relationship with their motorcycles will despise this time as they cannot go out riding out long distances or get to those famous breakfast spots with their buddies. However, we all know that the lockdown is from the greater good for everyone. In a country with close to 1.5 billion people, you do not want things to go wrong. A timely nationwide lockdown has kept things under control and helped curb the spread of the deadly virus to a great extent. For now, at the time of writing, India has little over 33,000 confirmed cases of COVID-19. Had this been any later, things would not have been much worse.

Not everyday working from home makes sense. Even freelancers who work from home most of the times, go out for meetings and other work-related matters. Full-time staying at home is something no human would like or want to. Hence, we take our smartphones out and connect with people in this worst time when seeing friends/family is not an option and staying away from each other is safer than staying closer.

Most of us would depend on some of the other application/software that would allow us to get in touch with our friends, family and loved ones. Some apps have their limitations, some are more relaxing. Some are used mode for personal communication and some applications are making it big time both for work and personal matters. One such application is ‘Zoom’. Not a lot of people knew about Zoom, not until the work from home situation arose. However, just in a matter of months, Zoom became a preferred and effective way of communication of people, especially for video-calling/conferencing. Here we will tell you about Zoom and its journey of rising to the current fame that it is enjoying.

With coronavirus restrictions forcing millions of people all over the world to stay and work from home, teleconferencing software company Zoom suddenly became a household name. As of the 22nd of March, the company’s count of daily users has spiked to nearly 380% from the previous year. Zoom has already added more than 2.2 million users monthly, just by the first two months of the year 2020. The company counts a total of more than 200 million users who have registered. These are huge numbers and also seriously alarming for rivals.

It all started with Eric Yuan, a 50-year-old and the founder and CEO of Zoom. Like most of the tech entrepreneurs, Yuan dreamt of going out of his home country in China to Silicon Valley, which he had been dreaming about ever since he was a young man. He drew a lot of inspiration from Bill Gate’s speech on the promise of the internet. At the age of 27, Yuan got the U.S visa which he had to struggle a lot to get through and in 1997, he entered the United States, taking a step closer to his dreams. 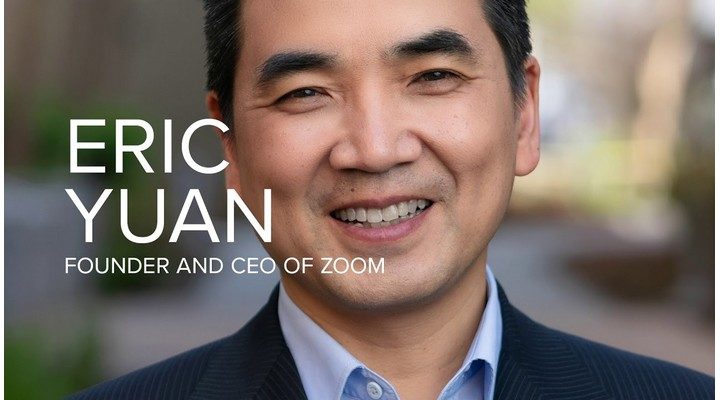 Surprisingly, Yuan did not speak English but was a skilled coder. This made him land an engineering job with the WebEx, which is now owned by Cisco. After nearly a decade of working with WebEx, the company was bought over by Cisco. Yuan worked hard and became the vice president of the company. Not only this, but his compensation was also in six-figures, which shows were can hard work take you despite all the challenges. But as fate would have it, he was very unhappy, a common trend with those people who feel limited at work or have dreams bigger than their heads and need a large space to contain.

Yuan’s happiness was nowhere to be found, to the point where he didn’t want to go to work. Yuan’s concern over Cisco’s WebEx and its not so happy customers made him realise that the product itself, did not adapt to the time.

Eric Yuan, a longtime software engineer also had multiple patents under his belt, especially ones related to real-time collaboration technology. Yuan realised that the evolution of the smartphone market along with tablets created avenues for new opportunities which would make video conferencing and telecommunication way more accessible than ever. In the year 2011, Yuan decided to quit his high-paying -six-figure job to create a new product and that could not have been done if he would have been under Cisco. He struck out on his own. Soon after leaving Cisco, he started developing a videoconferencing software platform and started looking for funding which was needed to shape up the product and launch a new company.

He took the risk and the gamble paid off. It’s been nine years since he has found Zoom. In the nine years of Zoom’s existence, the company employs nearly 2000 employees and has almost doubled its revenue in 2019, amounting to 600 million. The company launched its first public offering in April 2019 making it some of the most successful public debuts of the year.

By the end of 2019, the world was slowly going under the grip of the deadly virus and by the start of 2020, the company saw the sudden influx of users amid the pandemic, taking its stocks soaring and doubling its market valuation.

The videoconferencing market is tightly packed with products from tech giants like Cisco, Google and Skype (now sold to Microsoft). This was a major challenge for Yuan to convince capital investors to invest in his firm. However, as time would have it, he did manage to get enough backing. Eric now owns around 22% stake in his company which roughly translates to a worth of over $9 billion.

After securing enough capital and enough testing, Zoom launched its official product in 2013. It quickly gained popularity among business clients and over 3500 businesses started using Zoom after just five months of the company launching the product. In just a matter of two years, the numbers grew to almost 65000 companies and over 40 million individual participants who were using Zoom for videoconferencing. A major part of this rapid adoption was the ability Zoom provided to the user where one could stream video calls on their smartphones and sync with existing concerning equipment in the office. 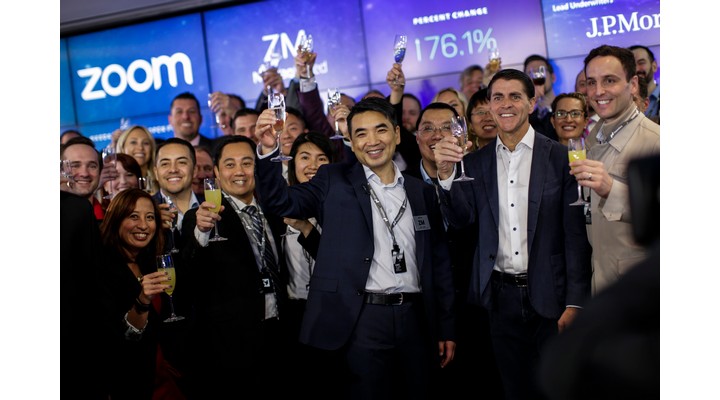 The basic services from Zoom are free of charge. Only business clients need to pay a monthly subscription fee. Subscriptions allow the user to more number of participants using the software for video conferencing. Zoom heavily relied on organic marketing and eventually gained a lot of users without spending heavily on marketing. Zoom did not have a marketing department until 2015.

Yuan took time and dived into customer service himself and in some cases wrote emails personally to troubled customers or users. If someone unsubscribed, he wrote to them personally trying to understand what happened. This helped him to understand the difficulties faced by customers or individuals and over some time, he learnt a lot about his product.

Zoom might have been eating the pie of success but the company has not been free of hurdles completely. The company learnt that the security bug allows hackers to gain access to Zoom video chat sessions taking place on a Mac computer platform which sparked a massive scare among the users and the tech space in general. However, Zoom was quick enough to apply a security patch and fix the issue before it backfired massively. Though Zoom is enjoying a very quick ascent in the video conferencing market, it continues to face tough competition from its rivals like Cisco, Google, Facebook and Microsoft. The company expects that one say their user count will go past the one billion mark. Eric Yuan believes that the company has just started it is still a long way to the top.

Here are some interesting numbers and facts about Zoom