0
For more videos, Subscribe Now!
Interviewed | August 2018
Starting with Fugly in 2014 to Lust Stories in 2018, Kiara Advani has had a progressive career graph. After essaying the role of MSD’s wife, Sakshi successfully in his biopic, M.S. Dhoni: The Untold Story, Kiara quickly shifted to the South Indian industry with Bharat Ane Nenu opposite Mahesh Babu which was also a massive hit. But with her latest Netflix outing, Lust Stories, Kiara has just climbed one more ladder of success. In a casual conversation, Gayathri Menon curates the tech side of the new Mast Mast girl.
Ex: To begin with, congratulations on the success of Lust Stories. It has received great reviews. Is there any story behind this role?
KA: I feel really lucky to get the opportunity to work with Karan sir that too at the beginning of my career. It is known fact that he directs very few films now and it is a dream come true to be a part of such a project. Like millions, I am also a die-hard fan of Karan Johar movies, I have grown up watching his films. I even remember every dialogue of every film. So when that call came, I was in shock and asked if somebody could pinch me or don’t wake me up if it is a dream! But thankfully, this dream was a reality and I’ll always be grateful to him.

Ex: Was acting always your ambition?
KA: Absolutely!! I always wanted to be a Bollywood actress. I knew this since I was about 2 or 3 years old. Acting is the only thing in my life that I was so sure although I didn’t know how to go ahead with this. It was probably the songs and dances in films that had a great impact on me. So that made me interested and I aspired to see myself there on the big screen doing just that.

Ex: Tell us about your journey?
KA: The first thing that my parents made sure that I get a degree. So I focused on finishing my education and getting graduated. After I was done with that I ventured into movies. I did what I had to do like giving auditions, figuring out how to get that first break. I must say that I was lucky that soon after my graduation, my first few auditions I gave was for Fugly, that went on to become my first film. And yeah, now I am here and the journey has been amazing so far. 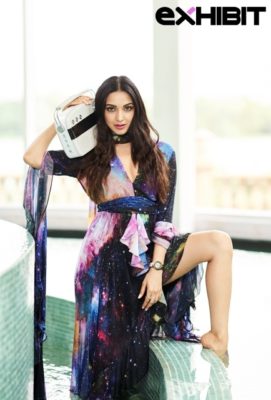 Ex: How do you deal with online trolling/body shaming?
KA: Fortunately, I have not had too many of such experiences. Lust stories paved way for some memes but it was all in good spirit. But yeah if I had to deal with trolls in future then I wouldn’t encourage by adding more to it or talking about it.
Ex: How did your parents react when you told that you want to enter Bollywood?
KA: I think my parents knew about my love for acting since I was a kid. They just saw it in me even before I did. They have seen me dancing in front of the mirror,  doing all the nautanki filmy-ness ever since I was so little. So they were like ‘she is gonna grow up and tell us that she wants to be an actor’.
Ex: Kiara and Tech – Tell us about your relationship with technology.
KA: I think my most important tech relationship is with my phone. I can’t live without using my phone or even looking at it. I want it ot be around all the time – whether it is when I wake up or before I pass out. So I am that addicted to my phone. And to add to that my iPad is also really important. I need a relatively larger screen when I am travelling as I cannot watch TV shows on the phone. So I just fill my iPad with a lot of movies and TV shows so that there is space to get bored. So if you ask me about the gadgets that I cannot live without then it would be iPhone and iPad. And my headphones, of course. Headphones that have a very good sound system are lifesavers!
Ex: Do you remember what your first phone?
KA: My first phone was definitely one of those flip phones. I think I only loved it because of the coolness of the flipping it and “Oh, hey!” (laughs). And now obviously we don’t have those phones. So yeah I have used different phones and it was fun back then. 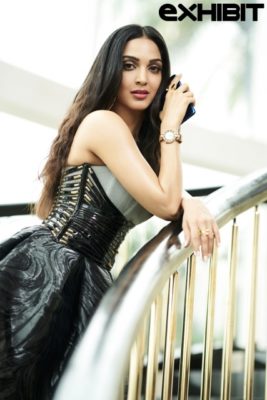 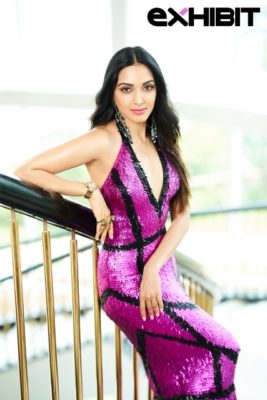 Ex: How does technology help you ease your life on a daily basis?
KA: The one best I love about technology is that I can connect with people from all around the world easily. Internet has removed the time hurdle as well. I can chat with my younger brother, who is studying abroad literally any time of the day. I bug my manager every single day with just a click, rather he bugs me (Haha)! So basically, we have reached a point where we cannot survive without technology.

KIARA ADVANI – UP AND CLOSE

Quibi – The Next Big Social Platform

A Sequel to the Motorola Razr Coming Soon. 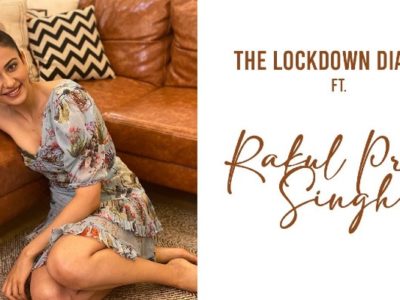 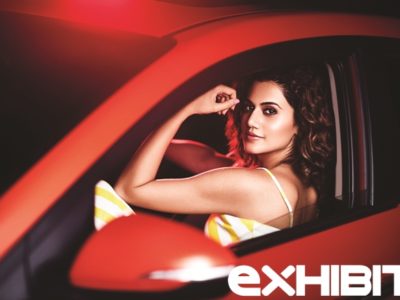