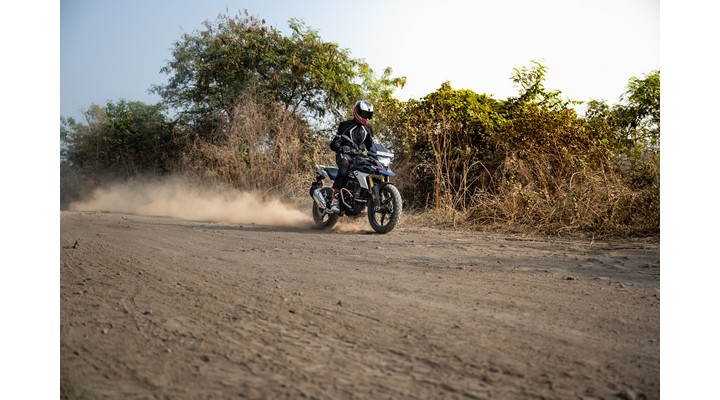 When BMW Motorrad and TVS collaborated to share their engineering and technology, there was no doubt about its results’ brilliance. Among the trifecta of motorcycles that spawned in 2018 was the G 310 GS, that bore the BMW badge. It filled the gap of an entry-level adventure tourer in the German manufacturer’s lineup, thus enabling a significant audience to experience the off-road life. Although the erstwhile model had no flaws, BMW felt it needed a periodic update.

Enter the 2020 G 310 GS. Along with aesthetic updates, the motorcycle also gets a fresh appeal and a BS6 motor. Although the engine has become cleaner, its power output has remarkably remained unchanged at 34bhp and 28Nm. The bigger GS siblings inspire the three new colour schemes in its lineup, and you will be forgiven if you mistake the 310 GS as one of its bigger brothers, mainly due to the new “rally e” colours. BMW has also replaced the levers with adjustable ones, just to add that extra bit of personalisation. Apart from that, the engine, chassis, brakes, tyres, and frame, among other components have been carried forward. Not that they needed a change anyway. 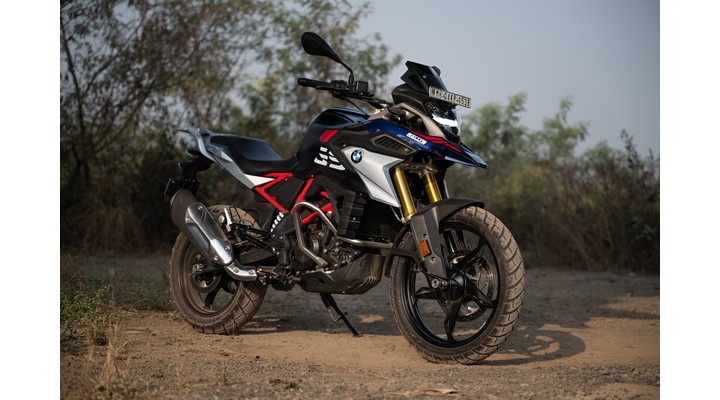 Having long legs means I don’t find many motorcycles accomodating. But that was nothing that worried the G 310 GS. I was snugly nestled in its seat, and the 835mm seat height meant I could put my foot down without having to bend it much. Also, the raised handlebars meant standing on the motorcycle was equally comfortable and manoeuvrability was hardly compromised, regardless of the riding stance. Though the older G 310 GS was 5 kilos lighter than the one I reviewed, the weight was quite manageable, and I hardly noticed the change. The combination of the seat, handlebars, and slightly rear-set footpegs offer a comfortable ride, even making long distances bearable. However, its sheer bulk makes it difficult to push by hand.

The bike’s happy place is between 6000 and 7000 rpm, with peak torque kicking in at 7500 rpm. Beyond that, the engine does not complain, but instead, the vibrations that seep through all points of contact will let you know that it has begun to grumble. Nevertheless, the engine stayed faithful and pulled all along; even then, I had twisted the throttle wide open. Also, the 5th and 6th gears are impossible to redline. Trust me, I tried. The bike can cruise comfortably at three-digit speeds and tops out at 142 kmph, though it might go higher with a lighter rider. Who knows.

With a heavy clutch, riding in peak traffic does become cumbersome after a while. The motorcycle itself can be taken through tight gaps, but the clutch action means the engine might conk off a couple of times. At least till you get used to it, anyway. However, it is an entirely different scenario when munching miles on the highway or taking the unbeaten path. The brakes, on the other hand, work in reverse. While they offer good bite in city rides, they will suck the fun right out of off-roading. Why, you ask? Well, BMW has opted out of switchable ABS, and as a result, you cannot lock the rear brakes. Get the point? No. Slides. 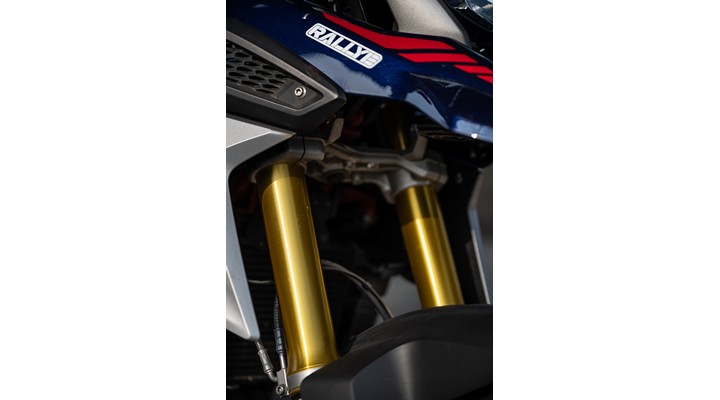 BMW has equipped the G 310 GS with 41mm USD forks and an adjustable rear monoshock. Though the suspension setup has been carried over, what’s new is the LED lights. Along with a long and bright throw, the LEDs also add to the motorcycle’s visual appeal. However, there are some chinks in the otherwise glistening armour. 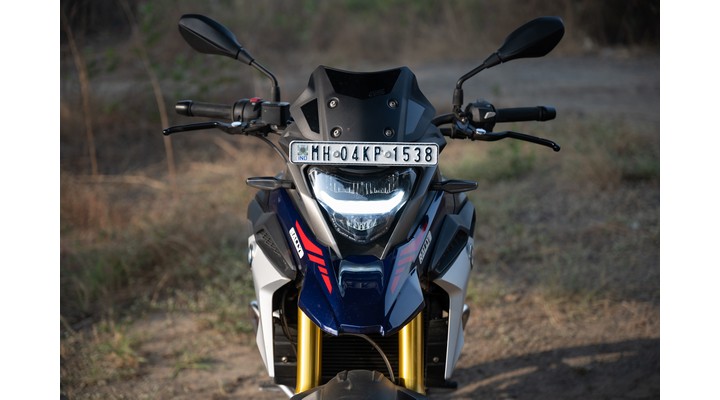 TVS updated the Apache RR 310 with almost superbike level technology, offering different ride modes, a feature-packed colour TFT instrument cluster and much more. It is somewhat disappointing that BMW did not share this technology with TVS, which would have significantly improved the G 310 GS as an overall package. Nevertheless, it is a solid deal.

With a Rs 2.85 lakh (ex-showroom) price tag, the G 310 GS might seem a little pricey. But BMW has cut Rs 65,000 from its previous price, offering a much better value-for-money deal now. However, with the competition getting stiffer, the G 310 GS will be given a run for its money by the Royal Enfield Himalayan and the KTM 250 Adventure. How will it fare against them is something only time will tell, but until that happens, you can be assured that this GS is no BS!