Legion 5 Pro: A No-Nonsense Gaming Laptop With The Best Display 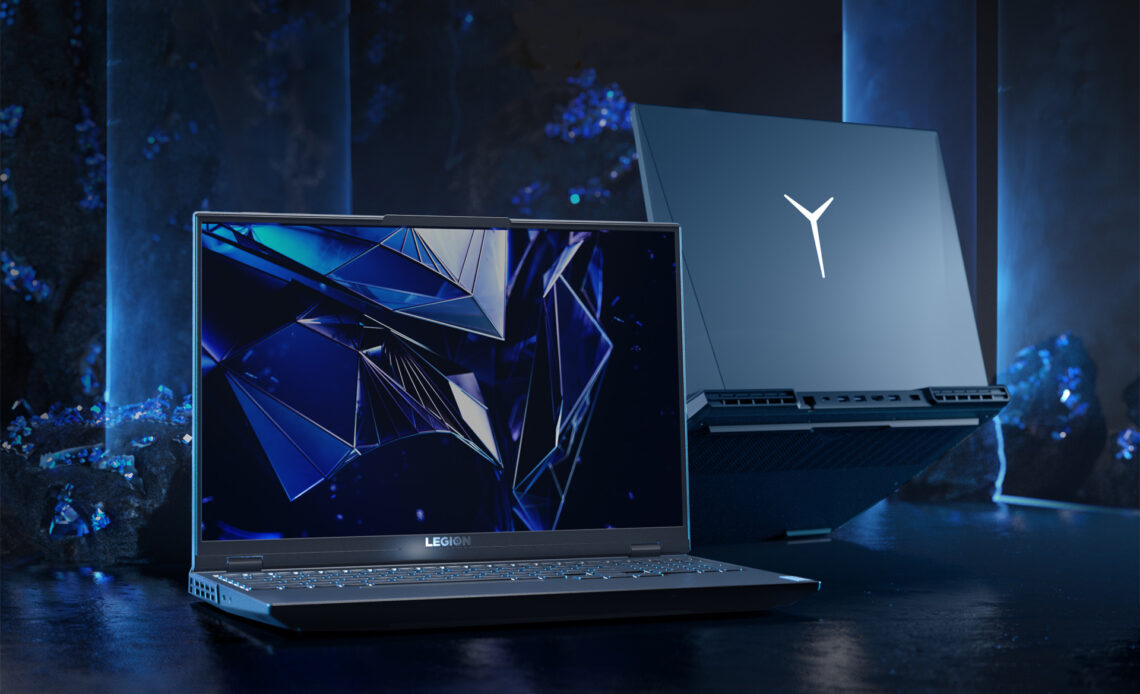 The latest Lenovo Legion 5 pro has to be one of the best gaming laptops with an AMD Ryzen 7 5800H CPU and a monstrous Nvidia RTX 3070 GPU. The predecessor laptops that came with the graphics card of the 2000 series were a bit of hard luck for Lenovo since Nvidia introduced its new 3000 series soon after.

This device is quite impressive in terms of its power-packed performance. It can be a suitable replacement for a gaming desktop because a gaming PC with an RTX 3070 requires a 750W of power supply meanwhile, the Lenovo Legion 5 Pro gaming laptop uses a 300W power brick. However, the desktop GPU will always remain powerful.

The overall case design and build quality seem quite impressive to me. You can easily open the lid with a finger effort but don’t worry, the hinge is solid and won’t totter a bit. The device has a large keyboard and a trackpad. The key is plastic and doesn’t take a lot of force to press. It also has a curvature that helps you centre your keystrokes.

The logos on this laptop looks quite classy and subtle. One drawback, however, is that the screen does not fold back to 180 degrees which I think would have been better if the plastic piece wasn’t there for the backstop.

The entire unit feels premium with an aluminium exterior with durable plastic components. Starting on the left, there’s a single USB-C port, along with the headphone/microphone combo jack. On the left is a single USB-A port. Here is something remarkable – Right next to that is a small switch that physically disconnects your webcam when not in use.

Gaming laptops tend to offer fast Full HD displays, and Lenovo excels in this domain. Legion 5 Pro offers fast refresh(165 Hz) and has upped the resolution to 2K in a 16:10 aspect ratio. The display is quite right and seems perfectly calibrated.

We like Apple’s iPad or Macbook’s display because it is bright and colour accurate. Lenovo seems to be catching up with that.

The Legion 5 Pro comes with a Ryzen 7 5800H, an octa-core processor with a maximum TGP of 140W. The model also bundles 16GB of RAM, clocked at 3200 Mhz. There are two other RAM modules that can be upgraded if desired. For storage, you got two 1TB SSD instead of one 2TB SSD, which is kind of weird, but whatever gets the device rolling!

What I like about Legion 5 Pro is that it utilizes a unique cooling solution. The device consists of large heatsinks, some heat pipes, and a pair of large fans. It offers a perfect balance between the quiet fans and the performance. The gaming loads were hot, as expected, but it was a lot cooler during regular use.

Legion 5 Pro also has a nice set of speakers that amplitudes as high as 80dB, which is good enough for playing games and streaming a show.

IdeaPad Gaming 3i 15IAH7 Review - Budget Gaming At Its Best!