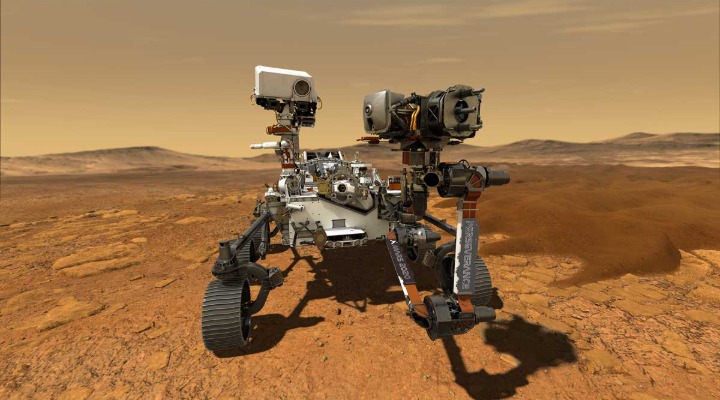 On 18 Feb 2021, NASA’s Mars Rover, known as the “Perseverance”, completed the humungous task of landing on the red planet. The landing was one of the most difficult parts of Perseverance’s Mars mission as it is tasked with hunting signs of life-forms on our neighbouring planet that had existed 3 billion years ago.

About the size of an SUV, Nasa’s Perseverance rovers weigh about a ton, is equipped with 19 cameras, a 7-foot long robotic arm and an array of cutting edge scientific tools.

Perseverance is the fifth rover to ever land on Mars, but its mission is more exciting than the others. Here’s why you should be excited about Nasa’s latest achievement.

Why Nasa’s Mission Is So Important

As humans, we are born explorers. After mapping out our entire world, we’ve finally set out eyes to the skies, and our first stop is going to be our neighbouring planet Mars.

The landing was the riskiest part of Nasa’s mission as the rover was launched back on 30th July 2020. If it had failed to conduct a safe landing, then months of preparations would have gone to waste. At one point, it did seem so when the mission entered the “7 minutes of terror zone.”

After landing safely, the entire team led by Dr Swati Mohan cheered into applause. She managed the entire operation calmly thanks to her experience on Nasa’s Cassini mission for Saturn.

We know very little about the little red planet. Before we can begin to colonize Mars, we will need an astounding amount of data, including the planet’s history.

However, that’s about to change. Built as a part of a multi-objective mission to Mars, the rover will set out to perform a variety of critical functions.

The Perseverance rover will collect samples in 43 different pods and send them back to earth in a series of steps with the help of multiple drones and rockets. It will be done in a bid to answer the question of whether life ever existed on Mars.

Perseverance is also carrying a small drone helicopter to test whether the flight is possible on Mars’ atmosphere, which is less dense than Earth. The flight will gather critical data that’ll help determine the future of long-distance transport on Mars.

If helicopters cannot fly, then rocket-powered travel systems will be one of the major ways to travel across Mars.

If underground water is discovered on Mars, the possibility of alien life on the planet will also skyrocket.