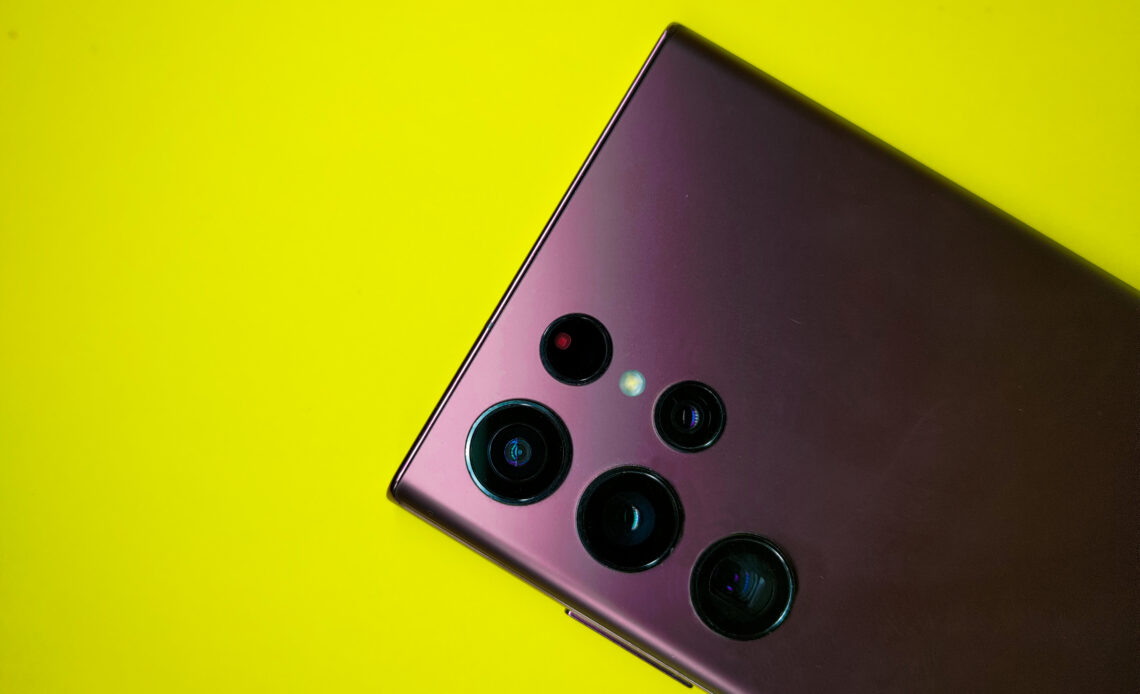 The month of February 2022 is undoubtedly going down in history as a month of smartphone launches. We’ve witnessed many launches during the month, except for Apple iPhones, which came a little late to the party. Who cares? Especially when you’ve Samsung Galaxy S22 Ultra in your hand – a perfect blend of Galaxy S Ultra and Galaxy Note Ultra.

The new-age smartphone from Samsung arrives in a black cardboard box that’s now even smaller than before, which kind of makes you think about iPhone packaging. Oh, have I mentioned anything about the S-Pen yet? Of course not. Well, the company has successfully managed to fit the S-Pen entirely into the device itself.

They say the first impression is the last impression, and Samsung took it very seriously. To be honest, this is the perfect smartphone I have ever held in recent times. It has premium looks, and even a single glance is enough to predict the price. However, after two weeks of use, I understood that the saying nobody is perfect could be applied here.

I’ve already mentioned above that the Galaxy S22 ultra is a crossover of two old flagship models, but the sharp and squared-off angles make it appear as a stunning device. The smartphones ship in four colours – Phantom Black, Phantom White, Green and Burgundy. The only thing I would like to appreciate about this device’s design is its camera module. 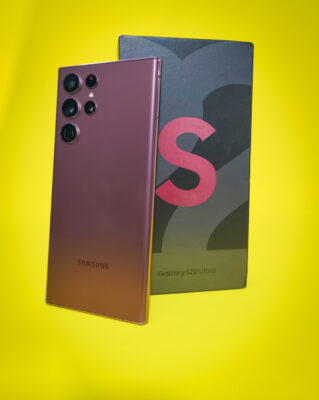 The Galaxy S22 Ultra has a metal and glass slab with sharp corners, but no worries, the rounded side edges will save the game. The S22 Ultra boasts a power button and a volume rocker on the right, advertised as made from recycled fishing nets. The front glass of the smartphone has high-gloss and is protected by Corning Gorilla Glass Victus+, while the back is covered with a satin finish.

The flagship smartphones from Samsung are always loved for their classic displays and the same proceeds to the Galaxy S22 Ultra. The S22 Ultra has a sharp, bright, colour-rich and ideal for outdoor viewing display, probably the best in the current smartphone world. The 6.8-inch AMOLED display of the S22 Ultra has rounded side edges and has a 120Hz refresh rate.

The phone is massive (dimensions – 163.3 x 77.9 x 8.9mm) and takes you back to its NOTE roots but weighs about 230 gms, making it lighter than Apple’s flagship devices. The flat surfaces of both sides wrap the device like a sandwich. Overall, the build quality of the S22 Ultra is superb, but with curved edges like this, it’s going to be an uncomfortable ride for the first few days.

When it comes to S22 Ultra’s camera, indeed Samsung has plans for overtaking the camera legacy of the iPhone 13 Pro Max and Google Pixel 6 Pro. The camera module appears similar to the S21 Ultra, but it’s completely different, thanks to the processor. The S22 Ultra has a 40-MP selfie camera that supports dual video calls and offers 4K video quality at 30/60fps and 1080p@30fps.

On the rear, the phone has a 12-MP ultra-wide camera, 108-MP wide-angle camera, and two telephoto cameras with 10-megapixels, one with 3X optical zoom and another with 10X optical zoom. The smartphone offers better low-light photos, 4x faster multi-frame processing, and an AI-boosted portrait mode. The nightography camera of the S22 Ultra is advertised as Samsung’s best innovation yet. 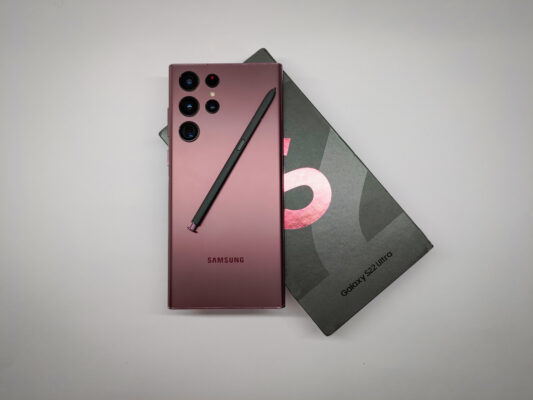 The S-Pen acts as a smartpen, pull it out, and the phone will automatically launch the Notes app. The S-Pen is an active one and has its battery, gyro, accelerometer and Bluetooth connectivity for communicating with the phone. The Smart select option of the S-Pen allows you to take differently shaped screenshots, which you can use to create short GIF animations.

The Galaxy S22 Ultra is one of the first smartphones that get the latest flagship SoC from Qualcomm, the Snapdragon 8 Gen 1. The device runs on Android 12 with OneUI on top and a 4nm chip that promises better CPU and graphics performance. The smartphone arrives with 12GB of RAM, and for storage, it has in 3-options, 256GB, 512GB or 1TB.

I’ve been using iPhone 13 Pro Max as my primary device for the last few months, and I’m not ashamed to say that the Galaxy S22 Ultra felt faster than it and completely outperforms Apple’s latest flagship phone. The smartphone offers fantastic gameplay with high graphics games such as Call of Duty Mobile without a single hiccup.

A 5,000mAh battery powers the S22 Ultra, but the phone comes with an FHD+ resolution with an adaptive 120Hz refresh rate, which makes the chances of decreasing the battery life relatively high. Of course, with out-of-the-box settings and an average of 6.5 hours of screen-on time, the device can smoothly run for a day and spare a little juice (about 25% to 35%) for another one.

The Galaxy S22 Ultra has no single competition in the current market, and no other smartphone has the guts to tick off the boxes that S22 Ultra accomplishes. The phone is packed with the latest processor, brightest smartphone display, the highest megapixel camera, and the built-in S Pen, making the S22 Ultra superior in every section. So, if you’ve loads of money, I’ve three words for you – GO FOR IT!