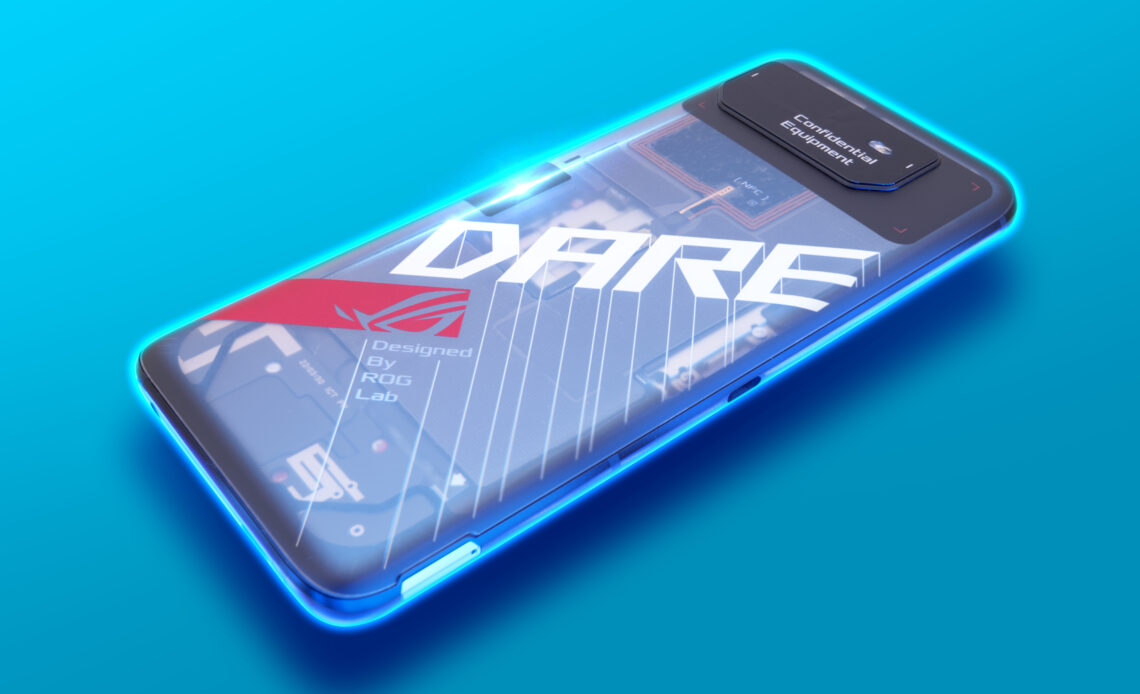 Asus’s ROG Global Account on Twitter recently tweeted a teaser for the upcoming ROG Phone 6, revealing that it would be the first gaming-oriented smartphone with a splash resistance rating. Furthermore, in the same tweet, they confirmed that there will be an announcement on the 5th of July.

Some further confirmed information for the upcoming excitement includes the confirmed Snapdragon 8+ Gen 1 platform for some of the fastest graphics in any phone today. It is also confirmed from press images by Asus that the phone will come with a record-breaking 165hz AMOLED display on the 6.78-inch display. The phone with the new chip will feature an improved passive cooling system with better materials to dissipate heat more effectively.

The upcoming iteration of the ROG phone line has been certified by TENAA, a product certification website, and as such the Design and Specs of the phone have been published. The phone is said to feature up to 18GB of LPDDR5 RAM, as well as 512GB of storage with a 64MP Main camera unit as it was last year, but likely to be a bigger and better quality sensor. On the front, the smartphone will be shipping with a 12MP Selfie shooter and continues to feature the massive 6000mAh battery. There has been no confirmation on the charging yet, however, we can expect the bypass charging feature and fast charging to carry forward, as well as some form of the iconic Anime Matrix display on the back of the phone.

With the recent rise in quality mobile gaming, motivated by the increasing number of players and rapid evolution of technology, the ROG phone has more people excited than ever before. The long chain of rumours and leaks will be put to rest a little over a week from now for the official reveal by Asus.

OnePlus Nord 2T - 7 things to know before you purchase

WhatsApp to stop its functions in some iPhones. Check Details

Vivo’s Xciting Series on the Way