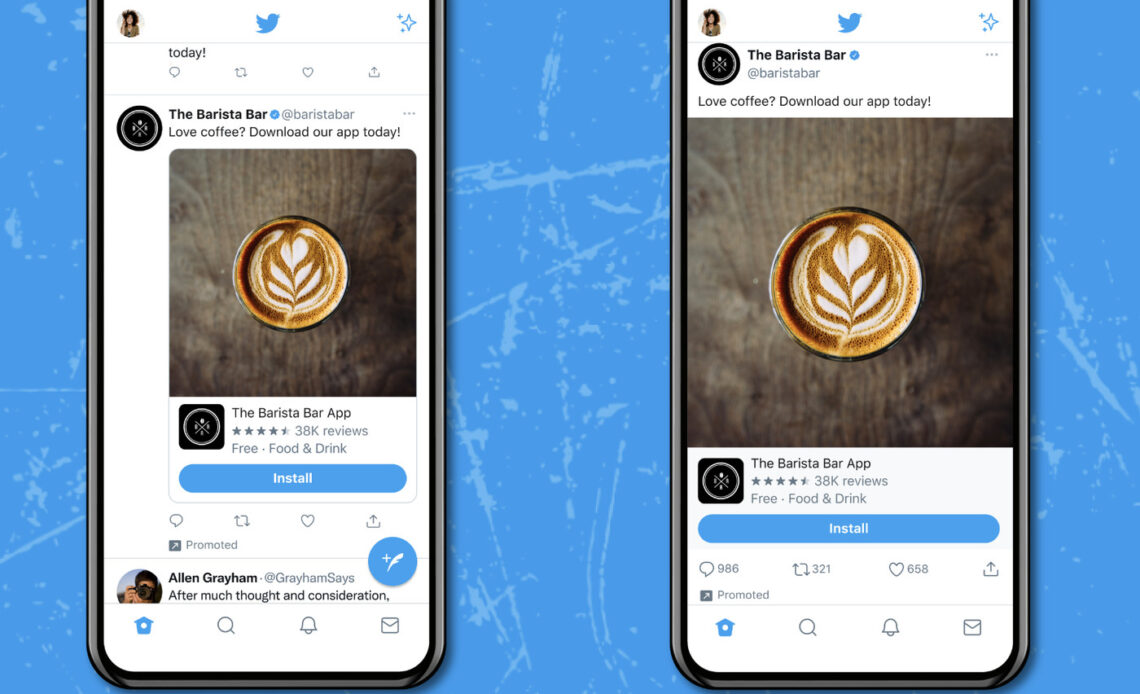 Microblogging giant Twitter has consistently been adding new features to its platform to enhance the user experience. Twitter has recently announced that it is testing edge-to-edge media in tweets on iOS, creating a more fullscreen for the photos and videos in your timeline.

If you open Twitter on your iPhone today, you might notice a new design that puts the focus on photos, videos, and GIFs. Twitter is planning to create an Instagram-like experience for its users.

“Now testing on iOS: Edge to edge Tweets that span the width of the timeline so your photos, GIFs, and videos can have more room to shine.”

For now, it is unclear if Twitter plans to roll out this new design to all users, but currently, it is just in the testing phase. However, if it rolls out beyond a selected group of iOS users, it will help Twitter address concerns over image cropping that it’s been dealing with over the last few years.

Image cropping algorithms have been informally shown to have a bias toward white faces, something Twitter confirmed earlier this year. To counter this, Twitter is now planning to eliminate image cropping, but this design test takes things a step further with an Instagram-style emphasis on visuals.

The new design is also bringing up few complaints like the edge-to-edge screenshots of tweets that can confusingly look like an actual tweet. Clearly, Twitter needs to do some more tweaking before it can officially pull the feature out.