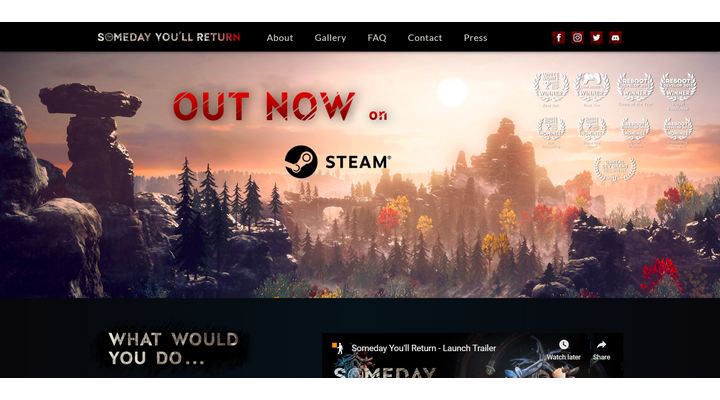 Can you count on your hands the time that a horror movie or a horror game that has kept you on your toes? I doubt very few of them would have. When Outlast was released, it was just incredible. It had a plot that disappointed nobody who played it. Now, it is extremely difficult to get such games right. You need good gameplay and at the same time a seriously good plot to go with it. That combination has always worked, the more engaging, the better. With Someday, You’ll Return, CBE software has been taking their own time in delaying its release. There isn’t any hype on it, but honestly, the trailer looks promising. We trudge down more to find out what the game has to offer. 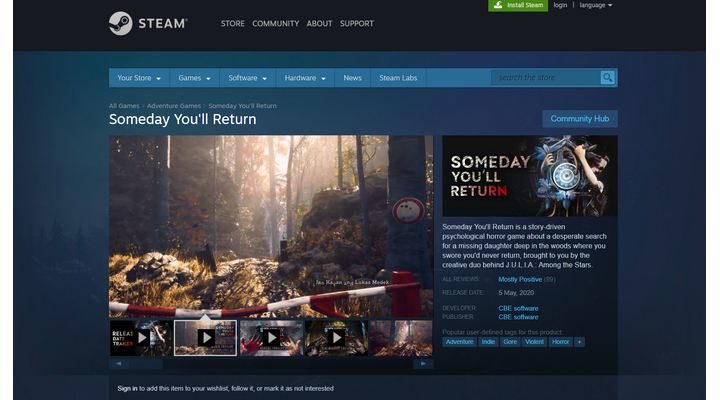 The game takes you to the Moravian forests of the Czech Republic in search for your runaway daughter, Stela. A forest that apparently has dangerous locations, dead bodies, weird sightings and whatnot. In reality, this forest really exists in Czech. Well, we wouldn’t know if such incidents do happen there. But then you have Aokigahara Forest in Japan which is certainly a spooky and eerie place to be at. Maybe after playing this game, you could be fascinated by the Moravian forests that you would want to fly down there. Coming back to the game, it will run on the Unreal Engine 4 and it is the first title that will have three-dimensional visuals which will change the game’s mechanism. What this does is that it lets the player explore a huge area and have natural interactions with the surrounding. Thanks to this, the authors were able to offer challenges and puzzles that were impossible to achieve in their earlier productions.

While this is not just a walking simulator but with challenges and puzzles, it is bound to make you think to complete a certain task. Apart from that you can craft or repair things, even pick up plants or flowers to make your own potions (wizardry?), call or SMS people in the game and use your mobile’s flashlight and GPS. It gets quite close to reality. And the game’s ending apparently will be decided on what choices you make throughout the game. You would rather be doing some athletic stuff like jumping, rock climbing and sneaking across people. Yes, there has to be a stealth mode in games like these. This may not be your regular FPS stuff, but it will keep you working around the clock with all these challenges.

Well, let’s hope CBE software does not delay the title anymore. Because we are pretty stoked to play this one ourselves. Hopefully, it will match up to our expectations. If we get this one on the VR too, it will be one heck of a task completing it. Imagine the number of calories you will burn exploring the world. I really wish that people do give this game a chance once when it is launched because it will be worth it.

I have always been a fan of convertibles. Be it cars or gadgets, anything that has a 2-in-1 quality always catches my attention. ...
By Advait Berde6 days ago