What Is The Netflix's Latest 'Play Something' And Fast Laughs' Feature? - Exhibit Tech Streaming
Streaming

What Is The Netflix’s Latest ‘Play Something’ And Fast Laughs’ Feature? 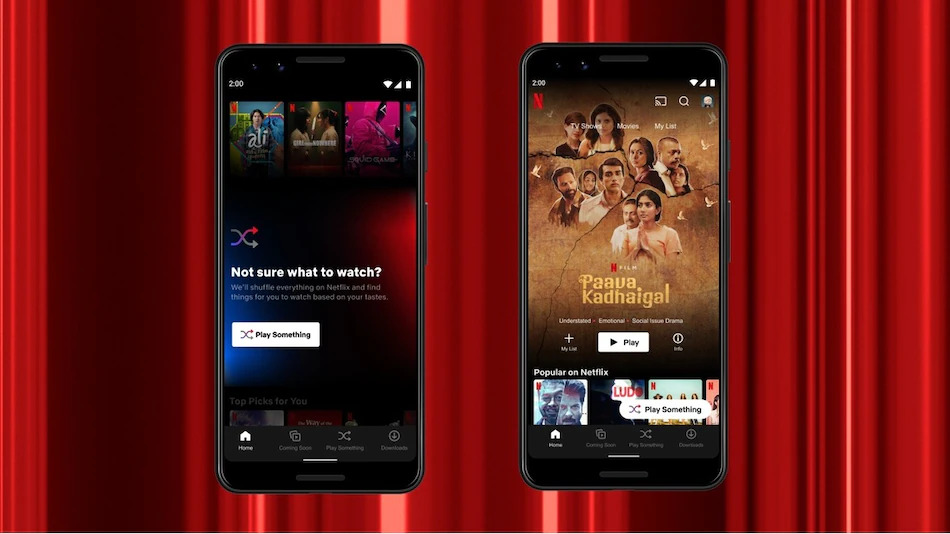 Netflix has an extensive video library and it sometimes leaves the user perplexed about what to watch. We always end up browsing for much longer than we actually watch. To solve this issue, Netflix has rolled out new features on its Android app to make the video streaming experience more comfortable and help decide users what to watch.

Netflix has announced an update for its Android app that will bring the Play Something and Fast Laughs feature. The former would assist customers who are having trouble deciding which movie or TV series to watch. The other feature called Fast Laugh works similarly to TikTok and in Netflix, it plays a random reel of humorous clips and displays the clip in a full-screen vertical format.

The ‘Fast Laughs’ feature is new to Android, but it has been accessible on iOS since March of this year; whereas the ‘Play Something’ feature, is exclusively available for Android users, while iOS users will have to wait for it.

Play Something feature will be accessible via a new button on the home screen and will function similarly to shuffle play. The shuffle button will be located directly above the menu bar in the bottom right corner of the screen. The user can click the shuffle play button to receive recommendations for what to watch.

As soon as the user presses the ‘‘Play Something’’ button, Netflix presents them with a series or film depending on what they’ve previously watched. By clicking the button once more, you can get a brand new series or film, an unfinished movie or series you might want to return, or a series or film you’re already watching.

Through this feature, Netflix will handle your watching list and recommend you all the new films and series.

‘Fast Laughs’ will function similar to TikTok in the Netflix app. It will play a random reel of humorous clips and display that clip in a full-screen vertical format. Along with Home, Coming Soon, and Downloads, Netflix has introduced a new option called ‘Fast Laughs’ to the menu bar.

Users will be able to share and react to the clips shown in ‘Fast Laughs’, as well as play the entire movie or series immediately from the widget and add it to their watch list.