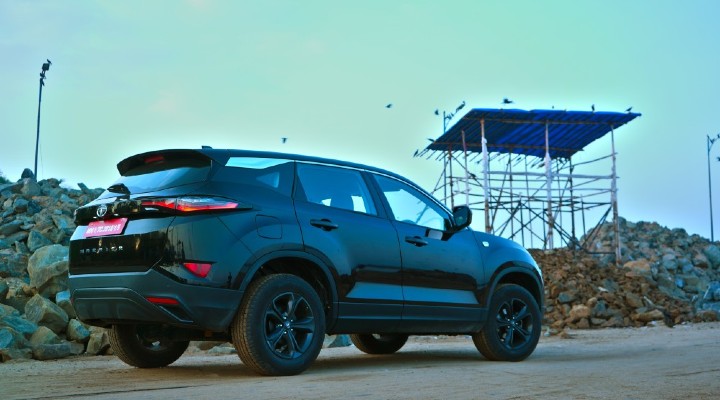 Just as there are two sides to every story, there are two sides to every person. One that we reveal to the world and another we keep hidden inside. We fear that our hidden self will be too much for the real world to deal with. The question is will you ever challenge yourself to explore the other side? Tata Motors has accepted this challenge and has traversed into the Harrier’s other side… its DARK side. We tell you what the Harrier’s Dark Edition is all about. 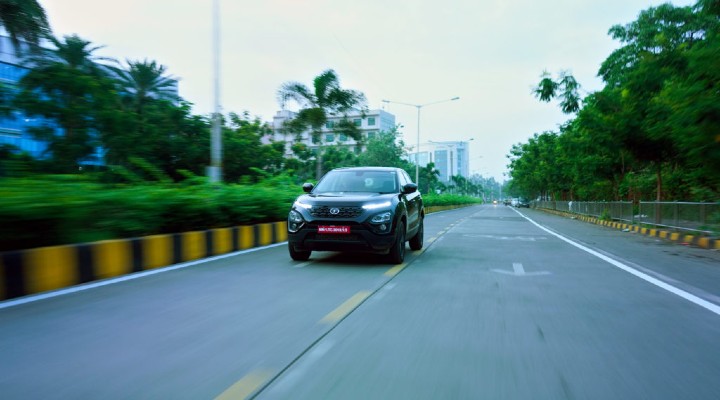 If looks could kill, then the Harrier is one SUV that surpasses them all in its design elements. This is largely due to the fact that Harrier stands tall on its core architecture – Optimal Modular Efficient Global Advanced Architecture, which is derived from land Rover’s legendary D8 platform. Clearly, in addition to the Land Rover-like build quality, reliability and driveability, nobody in this price range can come close to Harrier’s design and street presence. Now, the Dark Edition borrows most of the features from the XZ variant with some distinctive touches to it. The most obvious one being its new Atlas Black colour scheme that gives it a stealth ready appearance. Along with the body, the chrome-finished door handles are also painted in the Atlas Black colour. But an SUV is incomplete without a proper set of wheels to match its muscular design. To make it stand out from the rest of the Harrier, the Dark edition gets Blackstone finished alloy wheels wrapped in 235/65 R17 tyre profile. If you see a Harrier approaching in your rearview mirror, it is quite an intimidating sight, the sleek-looking LED DRLs are a hint that the Harrier always had a dark side to it. Underneath the LED DRLs lies the headlamps setup consisting of Xenon HID projectors and fog lamps with cornering function. The grey elements are further added on the headlamp bezels maintaining the grey and black theme. More Dark elements are seen on the front and rear skid plates which are finished in Blackstone shade. From the side, it has a sloping roofline and looks ridiculously enormous. That is one essential hallmark which is instilled in the DNA of all SUVs. The ORVMs are chunky and in the night you can see the Harrier logo being projected on the ground. And the only chrome bits that you can see on the Harrier are its emblems and the #Dark badging which can be found on each side of the front fenders. At the rear, you get 3D LED tail lamps with a sporty piano black finish and a relatively compact rear windshield. Apart from the changes on the rear skid plate, the exhaust is now surrounded by grey inserts. And If you thought the Dark edition was only about the Harrier’s exteriors then you are mistaken.

How Is It on the Inside Tata Harrier ?

There was a time when Tata had to meet benchmarks of other brands when it came to interiors, now, times have changed and Tata is beginning to match the quality of other manufacturers. The Blackstone Matrix colour scheme runs down from the dashboard to the seats. Tata has concentrated on finer details like the contrast Grey stitching on the seats which are made up of premium Benecke Kaliko Blackstone leather upholstery. The seats offer solid comfort and ride quality with adequate soft cushioning. An all-black interior would have seriously made it hotter but they toned it down by adding the Gunmetal Grey interior pack that continues ahead with the Dark theme. The Gunmetal Grey package includes grey inserts on the dashboard’s humanity line, grab handle bezel, centre console lining and steering wheel applique. What was even more surprising that despite the Harrier’s sloping roofline, tall individuals had enough headroom at the back and generous legroom with sufficient under-thigh support. It not only looks humongous from the outside but also has plenty of space inside. Talking about space, the rear seats can be folded in 60:40 split that offers 425 litres to 810 litres of boot space in total. Not only that Tata claims that it has 28 designed utility spaces to keep your knick-knacks. We could utilise the front armrest’s storage compartment to cool our small 500ml water bottles. Tata has worked on its infotainment system by providing an 8.8-inch floating touchscreen system with a JBL sound system comprising of 9 speakers which include 4 speakers, 4 tweeters and 1 subwoofer along with an amplifier. It also supports Android Auto and Apple CarPlay. In terms of safety, there are 6 airbags on offer, ESP, and rear parking camera with a sensor. Its rear parking camera has three views wherein you can have a wider image, a zoomed-in image and a normal image. If you are one of the enthusiast kind, then you will be spending most of the time behind its steering wheel. You will constantly get updates about vehicle-related information and map directions on the digital display of the instrument cluster. Dials like the tachometer and speedometer are still in their good old standard analogue format. Best of both worlds, why not? 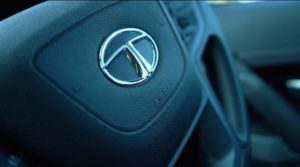 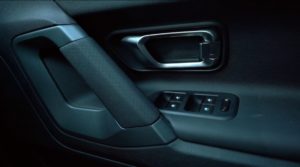 How Does It Drive?

Now the Harrier’s 2.0-litre turbocharged diesel powertrain has been sourced from Fiat Chrysler Automobiles (FCA) but is in the lower state of tune as compared to the engine offered in the Jeep Compass. You can choose to drive in three different modes, the default mode is set to City where the power delivery will depend on your driving, whereas the Eco and the Sport mode can be selected from the button on the centre console. For a comfortable and easy ride in the city, the Eco mode is highly recommended as it improves the fuel efficiency and choosing the Sport mode will instantly improve its throttle response and will accelerate quickly from a standstill. The 6-speed manual gearbox is responsive and near the foot pedals, there’s a small space which acts as the dead pedal. Again, the handbrake in the Harrier takes inspiration from the fighter jet’s Hands-On-Throttle-and-Stick, which was quite quirky and unique. As we speak of control, the steering wheel is lighter than I had expected it to be, which makes it a lot easier to handle in the city. Also with its commanding seat position, the field of vision is fairly decent. The Harrier is also equipped with three terrain modes namely Normal, Wet, and Rough which ensure that the wheels do not lose traction.

The Dark edition is menacingly evil in the way that it grabs your attention. Just one glimpse at it and you will be tempted to eat the forbidden fruit. Based on Land Rover’s D8 platform, the Harrier in this bold Dark avatar unquestionably takes the Alpha of Darkness crown amongst all SUVs.

Nina and Malika Open Up About Their Journey 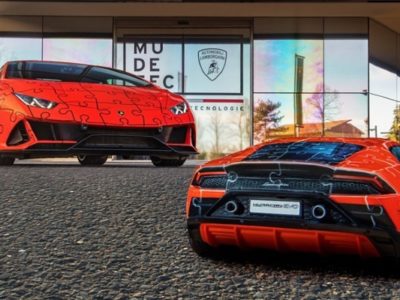 Automobili Lamborghini has collaborated with a leading game and recreation brand, Ravensburger, to introduce a 3D jigsaw puzzle for the Lamborghini Huracán EVO ...
By Yashvi Poonia5 hours ago

The Scrambler 1100 Pro also features a 15-litre steel tank that, combined with an all-new comfortable seat, ensures that even the longest rides ...
By Advait Berde1 day ago

The classic Mini Cooper S wearing the number 37 claimed the first of three overall victories in 1964, at the legendary Monte Carlo ...
By Yashvi Poonia2 days ago

The finished model, with the distinctive Lamborghini design DNA evident in its low-slung profile, measures 26 cm in length.
By Advait Berde6 days ago