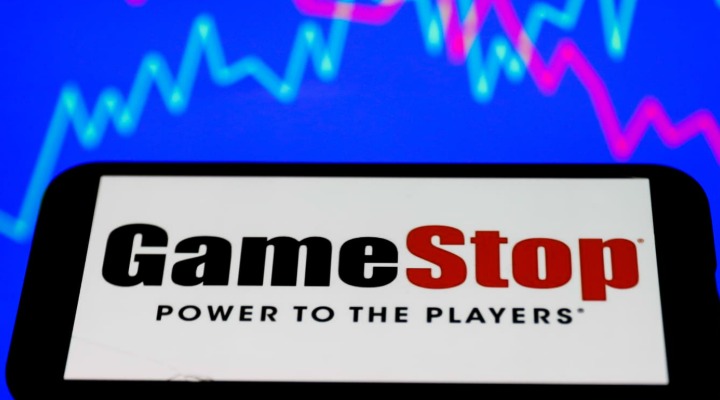 All of us know what the stock market is. We know it can be used to make a lot of money in a relatively short amount of time, but not many of us have access to that knowledge. Stockbrokers, hedge fund managers and wealthy traders, in general, know exactly how to invest the money, so it multiplies two and three times. Average joe like you and me mostly have to rely on slow-growing index fund to have any chance at being rich during our lifetime.

What happened in the scenario of “Reddit Vs Wall Street” can best be described as a power switch. The common people of the subreddit r/Wallstreetbets realised that multiple hedge funds were overly shorting some stocks and took the situation in their own hands.

One such stock was Gamestop (NYSE: GME), which was being shorted over 138%. I’ll explain what shorting is in a minute, but what you need to know is that Redditors turned the loss of brokers into their profit and erased over $70 billion from the stock market.

How, Why and What Happened?

Before we move ahead, I’ll need to explain what “shorting a stock” means. You short a stock when you bet against its growth. In essence, you’re betting that Stock “A” will fail in the future and by this much margin. The margin you mention is your profit for being ahead of the market and predicting a downfall. Simply put, you’re betting on a company’s failure.

But the question arises how you can predict that a particular stock is going to fail? You at least have to buy the stock first. Well, not exactly. Hedge fund managers, those who bet against the stock don’t have a regular trading account. Instead, they have a “margin account,” a requirement made mandatory by Federal Reserve for regulation purposes. And you’ve to have millions of dollars in your account to open a margin account because of the potential risk of “shorting” a stock.

So hedge fund managers borrow the stocks to short from stockbrokers. Great! But what is the “potential risk” when shorting a stock? This example best explains it:

Every stock has a natural tendency to grow in the long term. Let’s suppose our stock is priced at Rs. 600 today. As a short seller, we borrowed the stock from a stockbroker and sold it as its current market price, Rs. 600. When the price of the stock dips to Rs. 500, you buy back the same stock, return it to the broker and make Rs. 100 in the process. But if the stock goes upwards of Rs. 600 you lose money.

In normal trading, your biggest loss can be losing your investment. But in shorting a stock, you can lose an infinite amount of money as the stock can rise very high.

GameStop was an easy target for short-sellers as it was a company already in decline. For the uninitiated, GameStop is a video game re-seller that mainly trades in physical video game discs. Ever since the rise of digital games, GameStop stock has been in decline. As a result, it was an easy target for Melvin Capital. One can say that Hedge Fund managers were shorting it a bit too much. According to reports, the Gamestop Stock was shorted close to 140% of its original value at the time.

The subreddit r/wallstreetbets noticed this situation and realised that if GameStop stock rises, the short-sellers could lose a lot of money. So a small group of them organised and started buying the dirt-cheap stock in bulk. And over a course of a few weeks, Gamestop stock went from zero to $140.

People across the world started to take notice and jumped on the bandwagon of buying more stock which continued its growth. On 1st Feb 2021, the GME on the New York Stock Exchange is $325 per share.

At this point, people across the world started to take notice and jumped on the bandwagon of buying more stock which continued its growth. On 1st Feb 2021, the GME on the New York Stock Exchange is at $325 per share. While holding their short-seller position, Melvin Capital lost all its money even after it was infused with several billion dollars.

Currently Hedge Fund managers, Wall Street and trading apps are trying their best to stop the folks from Reddit. The trading app Robinhood also came under scrutiny when it stopped free trading of the GME stock on its platform.

What started as a means to make money has turned into a worldwide movement. People from all across the world are now buying GameStop stock in an effort o make Hedge fund managers lose. The entire situation has now transformed into a battle between “Elites and Common folks,” as per one Reddit user.

The subreddit r/Wallstreetbets has grown 7 million users strong and folks on the platform regularly organise online to plan their strategies against the elite hedge fund managers.

Currently, most Reddit users are holding on to their stock in an order to increase its value and make hedge fund managers lose.

The entire situation teaches us one very important thing and that’s to never bet against internet stupidity. Hedge fund managers in their hubris kept their short position as GameStop continued to grow and they’re more than a billion dollars poor.