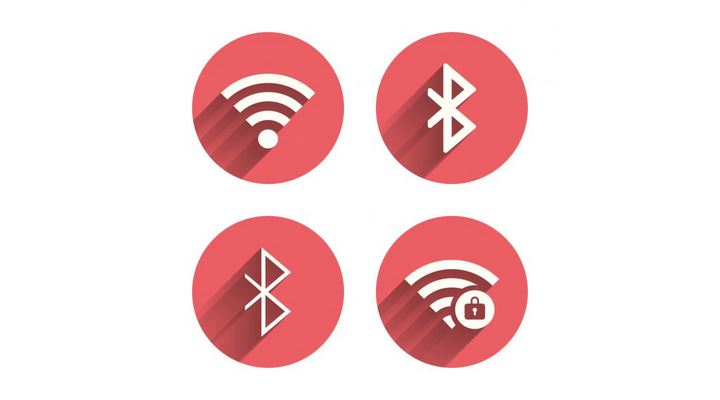 Bluetooth was first conceived in 1989, but the first commercial products implementing this communications standard started appearing around the end of the 20th century. It held the promise of a standard for low power and short distance communication for audio and control applications. I remember being very excited when the Bluetooth standards group started showing up at trade shows such as Comdex, touting that their technology would link devices wirelessly and effortlessly.

I became familiar with Bluetooth by getting Bluetooth cellphone earpieces. I have a collection of these earpieces because I could never find one that I could use without complaints from whoever was on the other end of my cellular phone call. Most often, I was told to “get off the speakerphone” when it was my Bluetooth earpiece, and not a speakerphone, over which I was talking. To me, the convenience of having no wire was never as important as having a clear conversation where I wasn’t repeatedly hearing, “what did you say?” That question usually resulted in the shelving of the earpiece – even for expensive devices from some of the leading headset companies, such as Plantronics, Jabra, Motorola and Zivio. Some of these devices were quite large and obtrusive while others were small and futuristic looking, almost like jewellery.  Cordless phones were popular at the time and untethering was something in which almost everyone had an interest. Bluetooth was the next level of untethering, with earpieces boasting a cool factor and status that corded earpieces never had.

After almost 20 years since the first Bluetooth commercial products appeared, has the technology measured up to the promise? Well, I have more than a couple of Bluetooth headsets and a Bluetooth controlled deadbolt door lock.  I use Bluetooth to control my Apple TV, I have a Bluetooth blood pressure monitor, a Bluetooth exercise pulse monitor, wireless keyboard and mouse as well as a Bluetooth fitness tracking device. I also use Bluetooth for the speakerphone in my car. After numerous conversations with many manufacturers of these devices about delays and dropped signals, it invariably comes out that Bluetooth is the culprit, not their device. These issues are particularly problematic when they render the device ineffective or useless as I have experienced with the Kwikset Kevo deadbolt lock.  It often takes several attempts for my iPhone to connect to the lock and often results in more than 30 seconds to digitally unlock the Kevo instead of five seconds to unlock it with a physical key.

The delays making improvements to Bluetooth and in bringing the technology to a point where it is inexpensive to deploy, do not require much power to operate and works over a reasonable distance between devices have allowed other technologies to enter the space they initially had to themselves, especially Wi-Fi. Since I was first introduced to Bluetooth almost 20 years ago, I have been a supporter and wanted it to work with the promise of low power, reliability, and over a distance of more than 30 feet, but time has not worked to the Bluetooth consortiums favour, and I now do not trust Bluetooth devices to function smoothly, reliably and without draining the battery on the device (like my earpieces or headphones) or on my smartphone. Sorry, Bluetooth – you made your bed, now lie in it.

Wi-Fi development roots date all the way back to 1971, but Wi-Fi products did not appear until 1999. Initially, Wi-Fi was exclusively for enabling computers to communicate over a Local Area Network (LAN) without the need for a physical cable to enable the communications. While Bluetooth was designed to connect devices over a range of up to 30 feet, Wi-Fi’s range is up to 300 feet. Bluetooth is a much slower communications technology than Wi-Fi. Bluetooth version 2.0 operates at a maximum data rate of 3Mbp (version 4.0 is now up to 25Mbps) while Wi-Fi, depending on the version, can communicate up to a maximum speed of 1300Mbps. Wi-Fi consumes much more power than Bluetooth. Bluetooth can have multiple connections but can only communicate with one device at a time while Wi-Fi can communicate with multiple devices simultaneously. When actively communicating, Bluetooth uses about only 3% of the power used by Wi-Fi.

Clearly Wi-Fi is a superior communications standard to Bluetooth in many areas, including range and speed.  Now that Wi-Fi Direct enables ad hoc discovery of like devices, the only advantage Bluetooth maintains is lower power use and the proliferation of devices that were built to the Bluetooth standard. The fact that Bluetooth is already a feature in a lot of automobiles, OEM and aftermarket head units, and it is also included in virtually every modern smartphone means that Bluetooth utility and viability are far from over. Although smartphone technology tends to move and adapt pretty quickly, automotive technology is usually far behind the curve. Therefore, even if Wi-Fi Direct does replace Bluetooth in other applications, it would probably take a while for that to be reflected in the dash of your new car.

The other issue with Wi-Fi, and Wi-Fi Direct, is power consumption, which will always be an issue for mobile devices. This isn’t as big of an issue in automotive applications, where at least some level of extra power is available in most vehicles, but it is huge for phones, MP3 players, and other mobile devices. Bluetooth is most commonly used in cars to make hands-free calls and to stream music, both of which involve a phone. The likelihood is that Bluetooth isn’t going anywhere any time soon.

A comparison of the security of these two technologies does not produce a clear and compelling winner. Bluetooth 4.0 uses AES 128-bit encryption, while Wi-Fi Direct relies on WPA2 security, which uses AES 256-bit encryption. Both use key-based encryption and authentication methods, and both offer enough security for the average consumer.

While Bluetooth and Wi-Fi started out targeting different types of devices and functions, the lines between the utility of these two technologies have become less clear. This is especially true in smart home devices where the battery life of the device may not an issue because of the ubiquity of AC power around the house. For example, I recently added a Wi-Fi gateway to my Kwikset Kevo digital lock (Kevo Plus), which utilizes Wi-Fi in addition to Bluetooth. I found the Wi-Fi connection to be much more reliable and much faster to invoke; a very noticeable improvement over the Bluetooth-only communications that originally came with the lock. This experience opened my eyes to the Bluetooth/Wi-Fi tradeoffs. If battery power is not an issue, I can’t see where Bluetooth would win over Wi-Fi.

Wi-Fi does suffer from interference. I have seen it many times when using my laptop, an internet-connected TV, a wireless video camera or video doorbell. Frustrating pauses in the transmission of video can make you wish you didn’t cut your cable or wish you had a hardwired laptop or video camera. In fact, I actually took the effort to hardwire my laptop for the standard location I use it in my home because I got tired of dealing with Wi-Fi interference and lost signals. When a continuous robust signal transmission is not required, like controlling my digital door deadbolt lock, Wi-Fi would be my preference.

This battle for leadership in wireless communications will rage on. I expect that since the cost of manufacturing dual-mode (both Bluetooth and WiFi-enabled) can be as low as a few dollars per module to the equipment manufacturer, all but the lowest cost devices will leave the choice to the end-user to select which technology best suits their needs. Unless research determines that there are distinct advantages in terms of significantly less radiation exposure from either Bluetooth or Wi-Fi, functionality will be the determining factor of which technology takes the wireless communications lead.  Consumers will vote with their wallets and we may see a winner emerge like what happened many years ago with the battle between VHS and Beta videotape technologies, or they will continue to co-exist. Clearly, competition of this sort is great for consumers.  As these technologies battle for leadership in cost, speed, power consumption, security, range and reliability, the rate commercial products improve escalates. 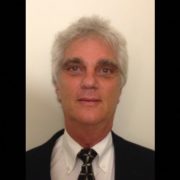