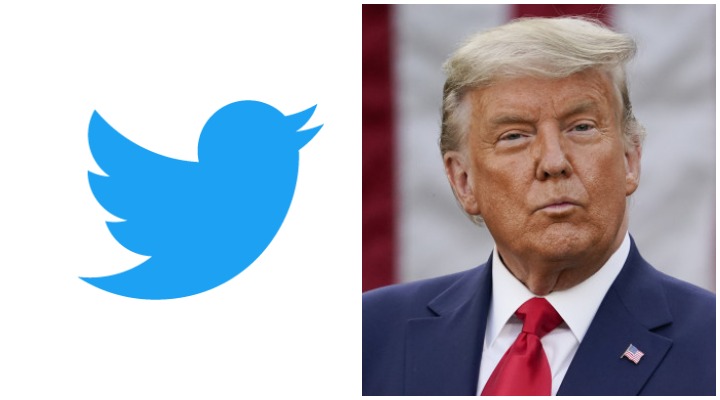 Twitter first suspended Donald Trump’s account in May 2020 when he claimed postal votes were fraudulent. Since then several major incidents happened including the death of Georgy Flyod, Black Lives Matter protest, riots in major cities, the expulsion of the major police forces in several states, etc.

Events from all sides of the political spectrum finally culminated in the storming of US Capitol building on 6 January 2021, following a fiery speech by the then-president Donald Trump. He claimed how several last-minute changes in the mail-in voting rules cost him his re-election, making 75 million Americans who voted for him, convinced, in the process.

After the Trump supporters’ capital protest, Twitter permanently banned the 45th President of the United States of America, citing policy violation. For the first time in recent history, a social media platform based in America banned its President, setting a controversial precedent, to say the least. Here’s the entire story.

The Starting of The Political War 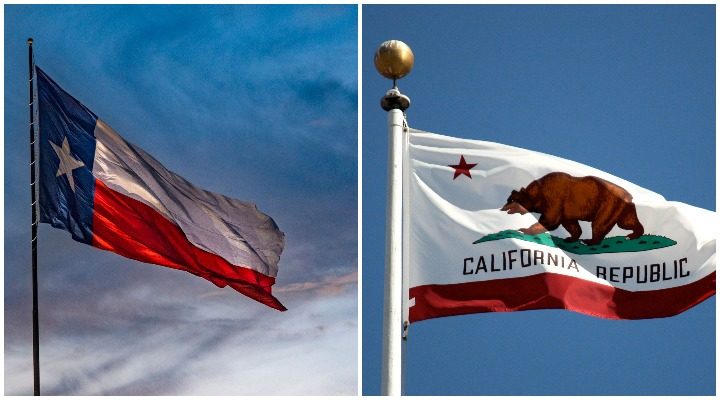 Red state Texas on the left, Blue State California on the right

As you may have noticed, American citizens are presently very divided based on their political ideologies. There are two major political factions in America, Democrats and Republicans. During the 2020 US Presidential election, Donald Trump was the main candidate of the latter. Meanwhile, Joe Biden was running from the side of the former.

Republicans led by Donald Trump aren’t fond of government regulations meanwhile Democrats want the state to intervene in different matters including very recently to “maintain.” equity. For the most part, Democrats and Republicans have an equal share of power.

However, the balance of power is shifted when Social media platforms like Facebook, Google, Twitter and Snapchat entered the American political landscape. These organisations are mostly based in the blue state of California and hence have a bias towards the left political spectrum.

That’s not to say that Donald Trump does not tweet out false information, he surely does but so do the Mayors and Governors of the left-leaning Democratic Party. But only the former is subjected to relatively more scrutiny.

Ever since Donald Trump was elected into office in 2016, the culture war began. However, due to social media platforms having a left-leaning bias, they neglected the plight of the folks on the right side of the political spectrum. This led to the rise of the Alt-tech platforms like Parlar, Minds, Odyssey etc.

Since the last several years, this political division in America has only deepened.

The 2020 US Presidential Election

The division and resentment between the two parties magnified as the 2020 US presidential election came close. Add to it, the ravaging effect of the Coronavirus Pandemic, and you have got a recipe for disaster.

Keeping in mind the Coronavirus Pandemic, US officials chose early mail-in voting as the preferred means of participating in the 2020 election. However, Donald Trump claimed that such a system could result in a massive fraud and experts too believed that it’d be a disaster from a logistics standpoint.

Twitter and the president first came at direct odds over this issue. After several months of a tussle between them, the 2020 US election finally happened.

Up until this point, Donald Trump has maintained the narrative that Twitter actively tries to restrict him and his supporters online. On the other hand, Twitter had ensured that every one of Donald Trump’s tweet that’s ideologically bent goes straight to fact-check.

The 2020 US election finally happens and the entire internet, including Twitter, were as chaotic as ever. I want to mention here that the US elections are unique in themselves as the country is not a democracy but a constitutional republic. Meaning, people don’t directly vote for the president. Instead, they vote for the electoral college electors who will then vote for the US president.

During the time when the votes were being counted, Donald Trump tried to intervene citing violation of election rules. Meanwhile, Twitter restricted his tweets that claimed “election fraud.”

After weeks of counting, investigations and hearings, the election was finally called for Joe Biden. Now, at this point, the electoral college was yet to vote.

And on 6 January 2021, when the electoral votes were being counted by the Congress, Trump held a big rally in Washington DC claiming how this election was stolen. His supporters, who had been hearing the same thing since weeks, outraged, stormed the capital building where the counting was taking place.

Following the attack, Donald Trump tweeted: “The 75,000,000 great American Patriots who voted for me, AMERICA FIRST, and MAKE AMERICA GREAT AGAIN, will have a GIANT VOICE long into the future. They will not be disrespected or treated unfairly in any way, shape or form!!!”

After that, Trump again tweeted: “To all of those who have asked, I will not be going to the Inauguration on January 20th.”

For Twitter, this was the final straw as they said it is “being received by a number of his supporters as further confirmation that the election was not legitimate.” The social media platform cited Donal Trump’s tweet as “in violation of the Glorification of Violence Policy” and banned his account.

As Twitter de-platformed Donald Trump, he used the official president of the United States account to say that he’ll look to the possibility of building a rival to Twitter.

Google went one step further and blacklisted the free-speech version of Twitter, “the Parler” from its search engine. Meanwhile, Amazon Web Service removed its hosting for Parler. In the end, the big tech proved to be more powerful, at least for an outgoing president.

What will happen to the 75 million Americans who voted for Donald Trump and largely consider this election stolen? Only time will tell. But the entire incident raises questions over the power of social media websites.

Get Most Out of Google Chrome With These Extensions