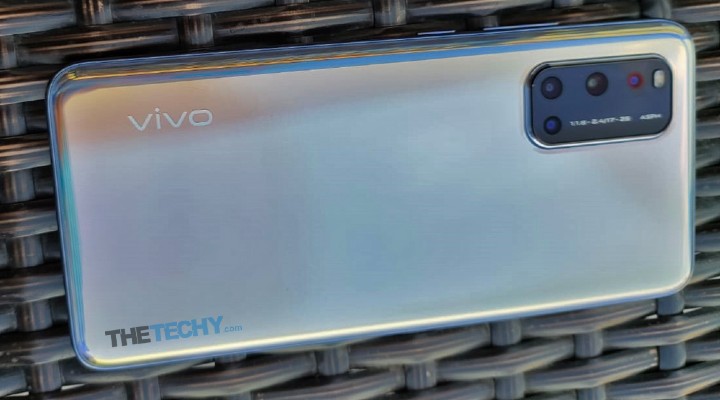 Smartphone wars have reached their peak; that’s what it seems like when you compare one smartphone with another. While big spec and numbers on paper are no more surprise for consumers, smartphone manufacturers have taken up other physical aspects of a smartphone to focus on. Things like a whopping 16GB of RAM and 512GB of UFS 3.1 storage along with the latest Snapdragon processors do not impress the masses anymore as most smartphone makers are providing powerful hardware at just a fraction of the price of a premium smartphone.

While the spec wars will still continue, things such as colours, textures and designs have now taken the forefront of the smartphone market. We saw screens get bigger, cameras peep through holes and now some really cool colours, patterns and transitions on the back of the smartphones.

In an exclusive report from a trusted source, the upcoming Vivo V19 is set to come with a unique colour scheme which is inspired by the space. According to the source, the upcoming Vivo V19 has been spotted with a ‘Mystic Silver’ colour scheme. The Dust Gas Pillar of the Carina Nebula of the Milky Way is known as ‘Mystic Mountain’ and has a bluish silver gas surrounding it. This is where Vivo seems to have found their inspiration for the V19. Expect the back of the V19 to shift colours according to the angle it is being viewed from. These shifting colour schemes are also found on some premium cars like BMW, Audi etc. Vivo has already been teasing the upcoming V19 which will be launched on the 26th of March in India. It will feature two front-facing cameras placed in a pill-shaped cutout on the screen. Additionally, V19 is expected to come with a 6.44-inch Full HD+ AMOLED display and an in-display fingerprint scanner. Under the hood, it could get a Snapdragon 712 SoC paired with 8GB of RAM and up to 128/256 GB of onboard storage. Expect the smartphone to sport a 48-megapixel quad-camera setup at the rear while the selfie camera is expected to have a 32-megapixel sensor The Vivo V19 is expected to run FunTouchOS 10 on top of Android 10. Expect a 4500mAh battery powering the device along with Vivo’s Flash Charge to facilitate faster charging. There is no word on the pricing yet, but we expect the V19 to be in the sub Rs. 30,000/- price segment to appeal to a wider audience.

The Icy Drive with Volvo XC90 | The Iceland Travelogue