Happy Children’s Day – How is technology influencing the young generation? 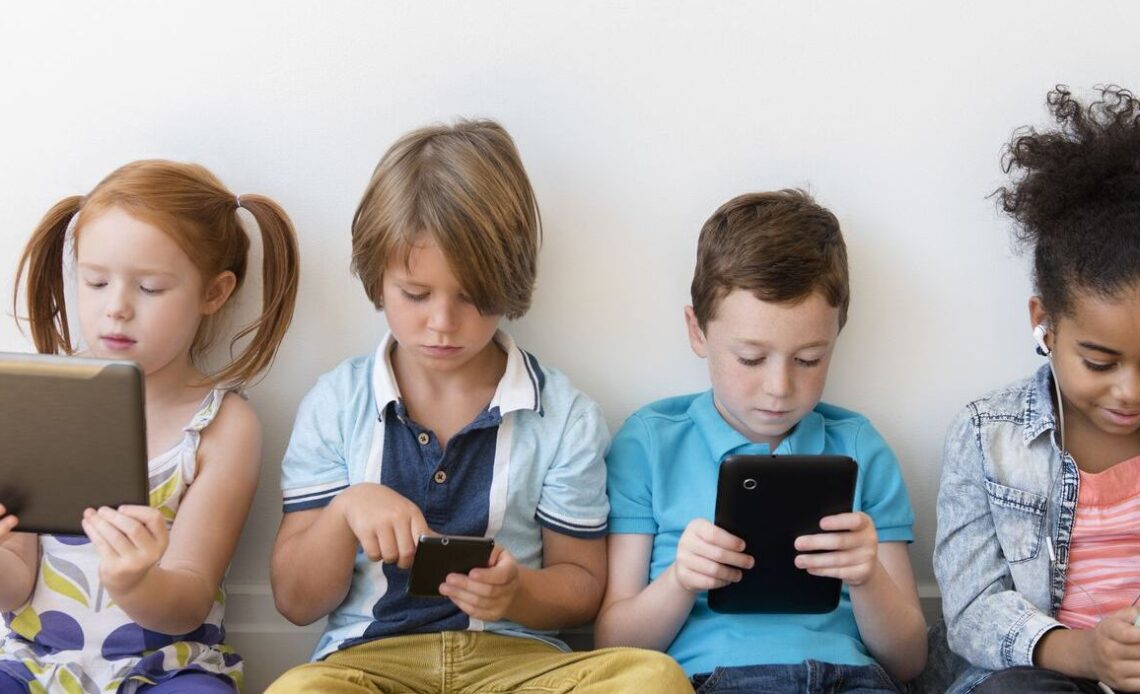 Back then, in the 2000s and the early 2010s, when freshers used to make CVs, they often used to add “playing cricket as a hobby.” However, the interviewees are still determining whether they really played the sport or not. Outdoor games like cricket and football or indoor games like table tennis and bowling were much more popular (they still are) in the previous decades, and children were crazy about them.

I remember when I was a kid, I used to play outdoor sports like cricket and tennis with friends instead of playing video games. A decade ago, getting out of the house to play games was a joyful experience for everyone, and then technology hit the core. With the arrival of advanced video games, kids started enjoying the experience of playing at home, and their parents were more than happy as they were unaware of the future consequences.

Kids today live in a more advanced world and don’t need someone’s assistance while operating gadgets. All you have to do is hand over the gadget to them, and they’ll sort their way to the infinite possibilities of the gadget they have in a few minutes. Today, even before getting into elementary school, kids are exposed to technology, such as how to operate laptops, computers, smartphones and tablets at home.

Earlier, parents were concerned about the tech exposure, but since the lockdown has happened and schools have started online learning programmes, nobody’s really making a question. In the last few years, technology has created an unshakable influence on the development of today’s youth as they are surrounded by it from everywhere, be it a television, smartphone, social media or video games.

Nowadays, most people buy multiple televisions, smartphones, tablets, and laptops to keep their kids engaged. As a result, they consume a lot of content daily, about 8 hours in the case of kids and 11-12 hours in the case of teenagers. According to many reports, teenagers send thousands of text messages every day through various social media platforms, stay up late scrolling social media, watching OTT content, and playing video/smartphone games.

It doesn’t matter in which period you’re living, patience always has a central role in our life. With the arrival of technology and apps, everything is within our reach, and we can get most things within a short span and without waiting for a long time. Today, kids are not habitual to waiting like in old times; they can get whatever they want by ordering or looking for it online. Also, with lots of options for entertainment, they never get bored, which makes them sedentary.

Today, if you ask a kid, teenager or even a young adult to do simple math, they quickly check for a calculator in their smartphones because they’ve trained their minds like that and are dependent on the gadgets. The habit of staying dependent on technology reduces the attention and patience span of the kids, and overuse of the same can be harmful to their brains as it’s still under development.

Are you even a kid if you’re not running around the house for no reason and crying out loud to your parents for permission to go outside? Kids should behave like kids, and going outside to play or moving a lot from one place to another will only help them develop advanced motor skills. Today, most kids are obese as they eat junk food and spend most of their time sitting idle in one place, either playing video games or watching cartoons.

GTA, PUBg, COD or perhaps every popular game has something to do with excess violence and aggression. When kids prefer to play such games for a long time, they develop the same triggers in their brains, resulting in arguing with peers or teachers. Sometimes while playing online games, they bully other kids, and once they get bored with it, they try to implement the same in their real lives.

Kids and teenagers these days are struggling to cope with face-to-face social interactions and the reason you already know. The more time they spend on technology and gadgets, the more they lack social behaviour. Gone are the days when kids were hardwired as introverts, extroverts and ambiverts. Today, even an extrovert addicted to technology dodges talking in person and prefers to text or talk on social media.

There’s light at the end of the tunnel

Now, some intellectuals will say that having gadgets at a young age makes children more advanced for the future and staying active on social media platforms prepares them for the next big thing. Yes, they’re absolutely right! Technology helps young children in learning how to multitask more effectively. It also helps them to have the upper hand in life as video games help them with problem-solving, decision-making and improved visual-spatial development.