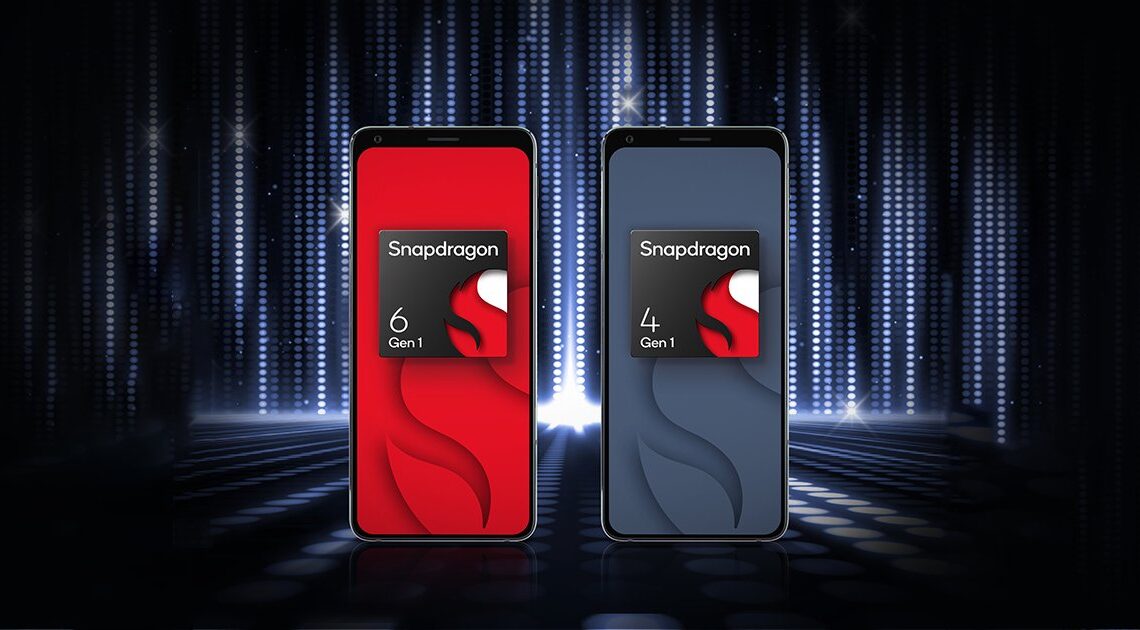 Qualcomm has introduced the next generation of midrange processors which are bundled with Ai enhancements and 5G capabilities. In a country like India where the budget and midrange device market booms every year, the new Snapdragon 4 Gen 1 and 6 Gen 1 processors have the potential to become game-changers. Read below to know more about the newly introduced powerhouse chips by Qualcomm:

The more powerful of the pair is the Snapdragon 6 Gen 1, sporting an ability to capture pictures up to 108MP and HDR video recording capabilities. In the official announcement, Qualcomm described the chip to fuel ‘Dynamic experiences with sustained power and performance’. The chip features an impressive 7th Gen Qualcomm AI Engine which enables it to have 3x improved AI performance, as claimed by the company. While the in-depth details about the 6 Gen 1 are yet to be revealed, Qualcomm has revealed that it can deliver 35% quicker graphic rendering and 40% faster processing compared to the Snapdragon 695 processor. The new chipset also brings in Wi-Fi 6E connectivity and Snapdragon X62 5G modem.

The Snapdragon 4 Gen 1 will be the first 4-series chipset to be based on the 6nm platform. While the 6 Gen 1 is focused more on gaming, the 4 Gen 1 focuses on multitasking and entertainment consumption. The 4-series chip offers a 15% Kryo CPU performance boost coupled with a 10% Adreno GPU boost compared to the Snapdragon 480 chipset. It uses a triple Image Signal Processor (ISP) to capture images from three cameras at once and combines them with Multi-Frame Nose Reduction enabling crisp image processing. The 4 Gen 1 also comes with AI capabilities which provide access to always-on voice assistant, echo, and background noise suppression.

As of now, Motorola and iQOO have already committed to implementing the new gen midrange chipsets. However, the wait to use Snapdragon 6 Gen 1 will be longer as it is expected to be available in 2023 Q1. The iQOO Z6 Lite is expected to be the first Snapdragon 4 Gen 1 device which will be launched in late 2022.