What is 5G and its future in India 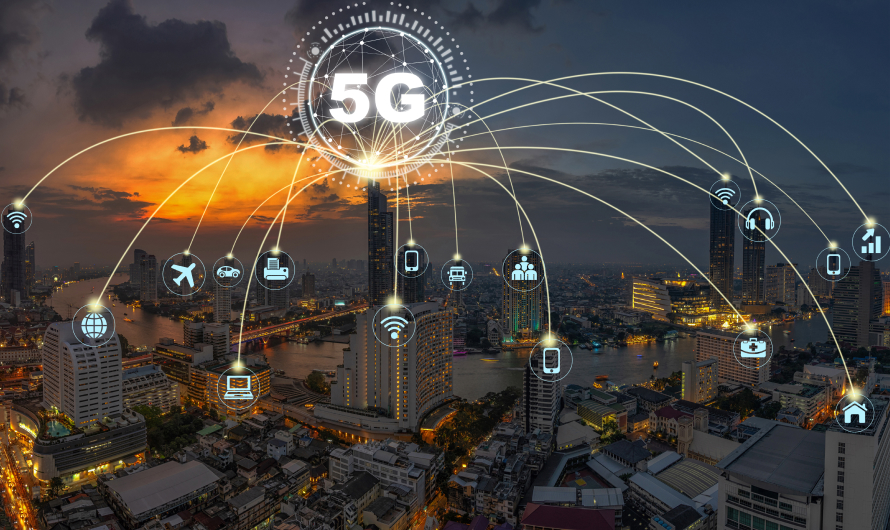 I’ve taken you across the seven seas sharing the best cities in the world with 5G coverage. However, while looking over all its might and glory, one can easily lose focus on what a technological marvel it really is! It was not long ago when users could only connect to the internet via a complicated set of instructions via stationary computers. However, in 2022, one can stream a feature-length on their mobile devices using just the cellular network connection. While the use case of this technology is wide and has the potential to transform the world into a much deeper global village, it is important to understand what 5G actually is. For the unversed, here are things you should know about 5G:

5G is the fifth generation of cellular technology. The fast cellular network is designed to reduce latency, increase speed and improve the coverage of wireless services. Theoretically, 5G has a peak speed of 20Gbps. Whereas, the peak speed of 4G is only 1Gbps. The previous generations of cellular technology focused on ensuring that the coverage is stable. However, 5G takes connectivity to another level with high speed and wide coverage.

How does it work?

The only downside of 5G I see is that its deployment has taken a slower start in India as compared to other countries. While we wait for ultra-fast 5g to hit our major cities with considerably affordable prices, here are some of the benefits of the 5th Gen cellular network:

The theories ran wild and soon to an ugly turn when various phone network masts were put on fire by believers. The fire to the fuel were various influencers from around the world with thousands of followers claiming the conspiracy theory to be true. These theories were detailed back being rooted in Facebook posts back from January 2020, around the time the first COVID-19 cases started to emerge. The theories later started suggesting that 5G can suppress the immune system, making people vulnerable to catching the virus. Another theory also suggested that the virus can be transmitted through the use of 5G.

The conspiracy theory around 5G spread like wildfire in India where the Department of Telecommunications (DoT) warned the public not to believe them. The department also urged the citizens to check if the 5G waves emitted in the future will be within the government’s permissible levels. DoT had also cleared out any conspiracy theories stating that mobile towers emit non-ionizing radio frequencies which are incapable of causing harm to any living cells including human beings.

Future of 5G in India

We’ve been across the world and learned about 5G and the conspiracy theories around it. But it would unfair to end this piece without talking about the future of the latest cellular network technology in India. It was back in August 2022 when Reliance Industrial Limited (RIL) held its annual general meeting. The 5G rollout date was made official during this meeting.

As per recent developments, the next-generation mobile network will begin to roll out as early as Diwali 2022. The company also plans to bring more affordable 5G phones to the market in partnership with the tech giant Google. The company stated that it will be available in the metropolitan cities of the country like Delhi, Mumbai, Kolkata and Chennai in the first rollout. However, a nationwide rollout of 5G is also expected by December 2023 from the Jio network.

In his keynote address, Mukesh Ambani stated that he believes that digital freedom is the birthright of every Indian. Hence, 5G cannot be exclusive to just a few privileged people in society or those who live in larger cities. The RIL Chairman furthermore added that to build its pan-India True 5G network, the company has committed a total investment of Rs 2 Lakh Crores.

Readers must note that Jio 5G will use a standalone 5G as opposed to the non-standalone version of the connection which requires 4G to provide connectivity. This directly results in faster connectivity speed and reduces latency. Ambani also noted that the goal of the 5G connectivity is not to be out of reach of the masses. The company wishes to bring 5G at a rate more affordable than Jio 4G!

With such interesting developments in the 5G arena in the country, It won’t be wrong to say that Indian cities might soon start having better 5G connectivity than some international cities. With 5G being the next big tech development in India, Would you be interested in trying it out?