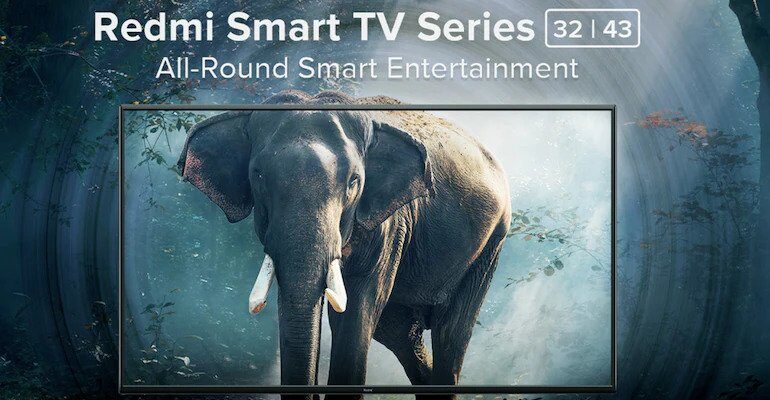 Xiaomi is all set to roll out a new Redmi TV in India today afternoon. The electronics-manufacturing company entered the smart TV business a few years ago with the MI branded televisions and expanded the Redmi TV series earlier this year. The company aims to produce more affordable smart TVs just like it produces affordable smartphones.

The new Redmi TV will come in two different screen sizes; 32-inch and 43-inch. The new Redmi TV will be launched during an online event. The launch event will start at 12 noon. The live stream of the Redmi TV launch will be available on Xiaomi’s official YouTube channel, social media handles and website.

The exact features and price will be revealed during the event, but what we know for now is that the TV will have 20W speakers and support for Dolby Audio and DTS Virtual: X for surround sound.

Xiaomi has also confirmed that the new Redmi TV will feature Android TV 11 out of the box. It will further be complemented by Xiaomi’s own PatchWall on top. The operating system also includes IMDb integration which allows viewers to check the ratings of movies and shows directly from the content page.

Other features include dual-band WiFi, Bluetooth 5.0, auto low latency mode and much more. The display will use the Vivid Picture Engine. The TV comes as part of Xiaomi’s Make in India efforts.