Lamborghini was named after the founder’s surname, and its logo featured a bull, a reference to Ferruccio Lamborghini’s zodiac sign, Taurus, the bull. However, that’s not the only reason Ferruccio decided to go on with the bull logo. As a Taurus-born, he was more fascinated by bullfights, and in the early sixties, he spent some time with Don Eduardo Miura, a renowned breeder of Spanish fighting bulls in Seville.

The large, fierce, and cunning bulls from the Miura lineage have a fearsome reputation, and matadors could not dare turn their backs on them. These bulls have been referred to as individualists with strong personal characters. When Ferruccio learned about the characteristics of these bulls, he got impressed and decided to place the raging bull on the front of all his cars as an identity of the brand.

The early stable of the Lamborghini 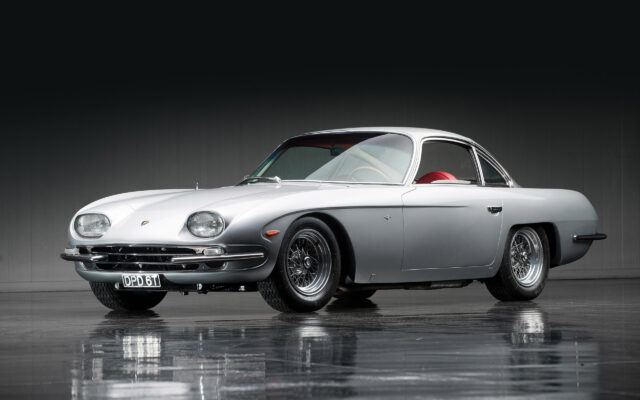 The Lamborghini 350 GT was based on the earlier Lamborghini 350 GTV and originally fitted with Pirelli Cinturato 205VR15 tyres and had an all-aluminium alloy V12 engine mated to a five-speed ZF manual transmission. The car had an aluminium body, a Salisbury differential, four-wheel independent suspension, and vacuum servo-assisted Girling disc brakes all around. 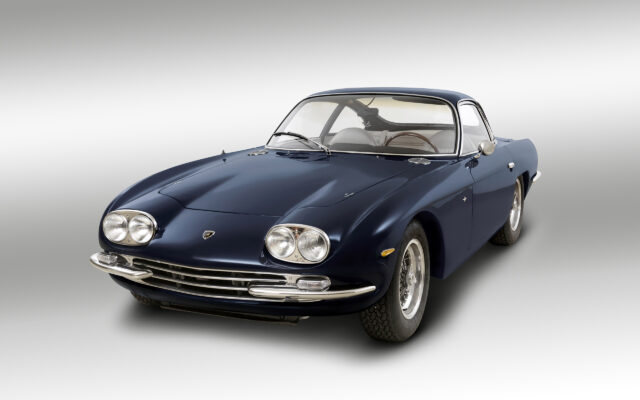 In 1966, Lamborghini launched their first mid-engined supercar called the Miura, which featured a new V12 engine, which was then placed in the 350 GT, and so the Lamborghini 400 GT was born, with 2+2 seating with the revised roofline. The 400 GT 2+2 also had a Lamborghini-designed gearbox, with Porsche-style synchromesh on all gears, which greatly improved the drivetrain.

As mentioned above, Ferruccio Lamborghini was highly impressed with the Miura-bred bulls and decided to name his third car Miura after producing two cars with alphanumeric designations. The Miura car was a trendsetter, and with its high performance, it was a mid-engined sports car. At the time of the launch, it was the fastest production road car, with a top speed of 280 km/h. 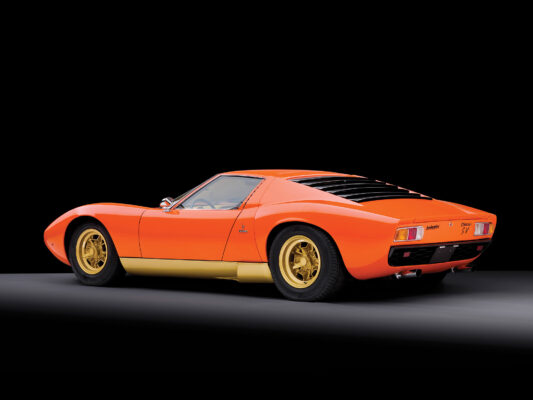 The Miura was originally conceived by Lamborghini’s engineering team, which designed the car in its spare time against the wishes of the company founder. Ferruccio always favoured powerful yet sedate grand touring cars over the race car-derived machines produced by local rival Ferrari. However, he changed his mind when he got to see the result, and the rest is history.

Lamborghini’s love for bulls never ends here; take a look at the cars and their bull connection –

The car was named after the sword that torero – the bullfighter, uses to kill the bull.

The car was named after a Miura bull Islero, who killed then-famous bullfighter Manolete.

The car was named to recall the fighting bulls bred in the Jarama river area in Spain.

The car was named after a line of Miura-bred fighting bulls, which translates to little bull.

The car was named after a bull called Murciélago, who was a fighting bull that survived a matador’s 28 sword strokes.

The car was named after a historic breed of fighting bulls called Gallardo. It was one of Lamborghini’s best-selling cars.

The car is named after an award-winning fighting bull, Aventador, who fought valiantly in the bull ring of Zaragoza, Spain, in 1993.

The name Huracán comes from a Spanish fighting bull from 1879 that was known for its ‘ outstanding courage and strong sense of attack’.

The name comes from the ancestor of modern domestic cattle, also known as the aurochs.

A little about the latest one, Lamborghini Urus 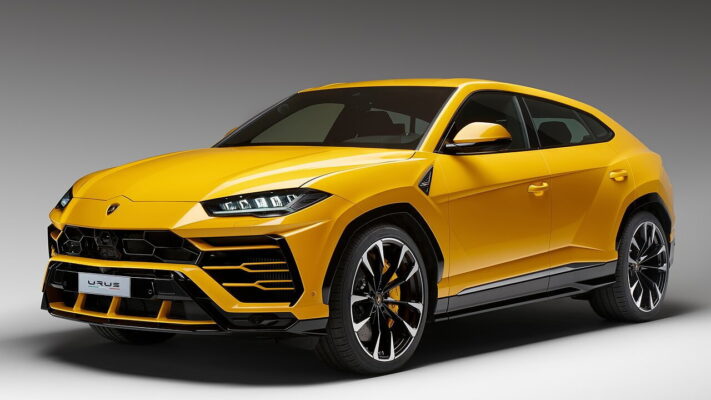 When Lamborghini launched Urus, everyone was awestruck and asked the same question, A Lamborghini SUV? Really? Yes, and not only that, over the last 5-years, the Urus has turned out to be a game-changer for the Italian carmaker. After many years of teasers and leaks, Lamborghini finally revealed their new 641 horsepower Urus 4×4, a car they called the ‘Super SUV’ in 2018.

The debut SUV from the house Lamborghini has become its best-selling model not only in India but globally. Until now, the company has launched three special variants of the car Urus Pearl Capsule, Urus ST-X and the most recent Urus Performante,  which arrives with a drastic change in design and performance specifications compared to the previously launched special variants.