He’s not a star kid and yet has soared to new heights in his Bollywood career with some hugely entertaining youth movies like Pyaar Ka Punchnama & Sonu Ke Titu ki Sweety! Kartik Aaryan, the chocolate boy from Gwalior, is the new heart-throb in tinsel town with his killer looks and trend-setting style statement. His impressive acting skills have proved that this new generation actor is here to stay and is among the most talented actors of Bollywood today! Kartik Aaryan
is soon to entertain audiences with his upcoming movies like Luka Chuppi and Pati Patni Aur Woh, and we can’t keep calm. In conversation with Exhibit Magazine, he talks about how his year is going to unfold.

Ex: It’s our second time shooting with you and we are really excited. Since July, how much has changed?
KA: A lot (laughs). My life has been changing everyday post SKTKS. Sonu has changed my world. My next film Luka Chuppi is up for release. Apart from that, I have signed three more films and they are about to go on floors now, one by one. I’m happy for all these things happening in my life. I’m trying to balance between professional and personal life. And yes, I have moved into my new house with my parents here and so I am in a happy space.
Ex: You’ve been widely recognized for your style, but we’d like to know how the real Kartik Aaryan styles behind all the cameras and paparazzi?
KA: I feel good when I get awards like the most stylish actor or get compliments for my sense of style but to be honest I don’t give much attention when it comes to styling. I like to be simple and not give too much thought into what I am going to wear. You will always spot me in hoodies, casual t-shirts, jeans and a cap, be it travelling, dining or any meeting.
Ex: Speaking of style, do you have a style icon who you regularly stalk on social media?
KA: Ryan Gosling, but he is not on Instagram. He is someone whose style is simple and yet he manages to look stylish. 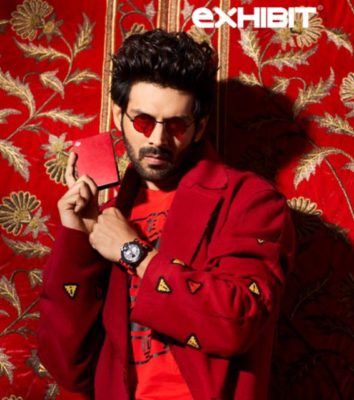 Ex: We’ve always seen you play a chocolate boy in your movies, have you considered exploring characters with a darker edge?
KA: I have said this in a lot of interviews and even to some producers and directors that I really want to do something dark and edgier. I love doing comedies and rom-coms but grey characters attract me a lot. Recently, there was a script which had come to me and it had a dark character and I was blindly going to do it but later, I realised that I should wait a little more.

Ex: Recently one of your old pictures went viral, under the #10yearchallenge and fans went gaga over your resemblance to Akshay Kumar. Are there other similarities that you guys share?
KA: I’m a huge fan of Akshay Kumar sir and Shah Rukh Khan sir. Their journeys have always inspired me. Recently, Akshay sir and I, both were performing at an event. When I got done with my tech rehearsals at the event, I got to know that he is going to come for his rehearsals after an hour. So, I waited for him, because I wanted to see him at work. Even at midnight his energy was so high. He is one of the fittest actors in our industry. When I told him that I’m doing new version of his song ‘Poster lagwa do’, he was very happy. He even agreed to do a video with me and Kriti. That was a big deal for me.

Ex: There’s a lot of buzz around your upcoming project, Luka Chuppi that’s been shot in your hometown Gwalior. What’s new about this role?
KA: I’m playing a reporter, Guddu from Mathura in Luka Chuppi. He is a simple and honest small town boy. I have never been a part of this world before, which excited me a lot and it’s a very different role for me. Guddu is totally different from Rajjo, Gogo andSonu. But, one thing is common that he will certainly make you fall in love with him, just like Sonu. 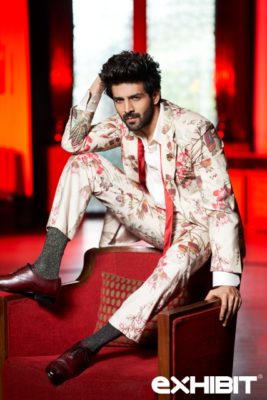 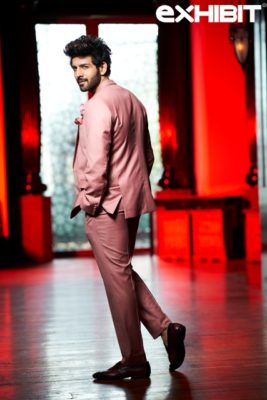 Ex: Cinema is now creating content that is dominated by technology. Has the Indian audience accepted this new phenomenon? Do you think we will be able to take over Hollywood someday?
KA: When we mix a good subject with technology, the result is always the best. We should never underestimate the audience; they are the ones who decide the fate of our content. They always look for entertainment and if we offer them better quality content that is entertaining, they will come to theatres. I don’t think we need to take over Hollywood, we are good in our own space and are producing good content. Our land is a khazana of stories. We just have to dig in and present it to the world smartly.
Ex: Are you a method actor? Do you prefer disconnecting from social platforms and technology while prepping for a role?
KA: My method and prep depends on the film and I have to admit that I am addicted to social media. But when I’m shooting for a film then I refrain from using all these platforms. I am always serious when I am prepping or in front of the camera. But, when I’m off camera, I like to be happy on set and keep everyone happy as I don’t like a serious atmosphere; even in the work space.
Ex: If you were to create an app, what would it be all about?
KA: I wish there was an app that could manage my social media. Twitter, FB, and Insta takes a lot of time.
Ex: Valentine’s Day is around the corner, what plans for the day?
KA: I’ll be shooting for ‘Pati Patni Aur Woh’ and will be in the middle of ‘Luka Chuppi’ promotions. Honestly, as of now, I’m into a committed relationship with my work and fans. No one else is in my life. I’m happy and I’m enjoying.
Ex: In this day and age of online dating, what relationship advice would you want to give the millennials?
KA: I would like to say that if you feel that you have found your soulmate, then just be with him or her. Give attention, be honest, and love them as much as you can.
Ex: High on the success of SKTKS in 2018, what surprises does 2019 hold for Kartik Aaryan fans?
KA: Luka Chuppi is about to release and I’m really happy about the huge response that trailer got. The film is special for many reasons. I’m playing a character like Guddu for the first time. You will fall in love with his simplicity and bholapan. I shot this film in my hometown, Gwalior, where I dreamt of becoming an actor. I have also started shooting for Pati Patni Aur Woh. I have signed another film, which is due for announcement soon. 2019 is packed and I promise my fans and audiences that I’ll entertain them more and more this year.
Ex: Your Instagram handle is raging! Tell us about any weird DMs that you have received and noticed.
KA: I keep getting compliments for my looks, especially my hair. Now I know some of the accounts by their handle names because they never miss to comment or DM whenever I post. I appreciate their efforts. Sometimes, I get messages for private chats from both girls and boys (laughs). One weird DM that I got was, when a girl texted saying that “Main 16 somvaar ka vrat rakh rahi hoon taaki is janam mein aap hi mere pati bano”.
For more such videos, subscribe to – Exhibit Magazine
QUICKIES

Read More:
Kriti Sanon on Making a Niche of Her Own 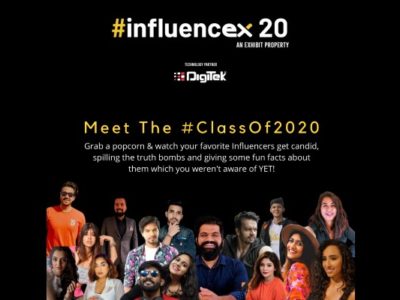 Tune in to watch as we hold our Awards this year virtually with some of the biggest Digital Influencers who are great content ...
By Exhibit Staff4 days ago 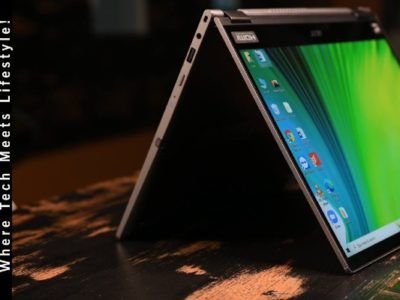 We recently switched sides from Apple to Windows and chose the Acer Spin 5 for the switch. Did it make us forget the ...
By Exhibit StaffSeptember 11, 2020 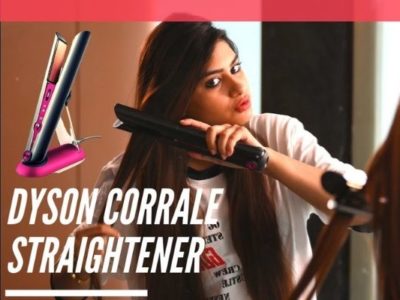 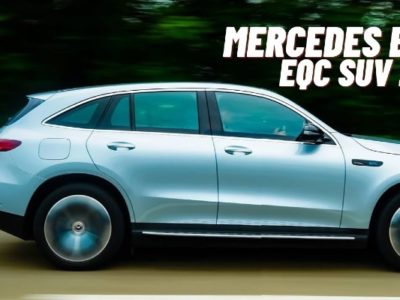 Mercedes Benz EQC SUV | Are We Ready For Electric Cars?

Mercedes Benz has brought the EQC SUV to India and after a nice long drive and testing its features, we are here to ...
By Exhibit StaffSeptember 9, 2020