Dogecoin: Who let the “Doge” out? 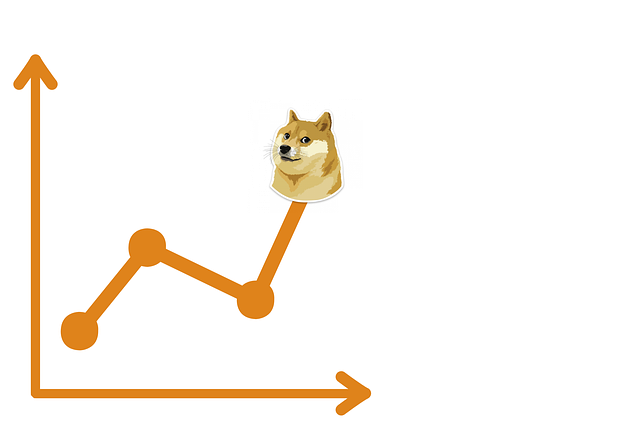 After the Reddit board spoke about making it the GameStop cryptocurrencies substitute, Dogecoin, a digital coin originally introduced as a meme, recently plummeted over 800%. Dogecoin (DOGE) cannot escape its massive surge started by Wallstreetbets and is moving parabolic for the second day.

According to Cryptocurrencies, Dogecoin, which originated as just a joke or even an Internet meme centered on such a popular dog picture, has exploded in the last 24hrs. Dogecoin is a digital coin that is used for e-transactions, similar to bitcoin, and its meme has an illustration of the dog as well.

Dogecoin is a cryptocurrency established back in 2013 by Australian businessman Jackson Palmer and Billy Markus, a software developer. It was supposed to just be a joke of the recent alternate coins, or “altcoins,” which was at the time were flooding the room. Dogecoin has a record of insane price fluctuations which are predominantly propelled by its prominence as just a humorous cryptocurrency. In the past, without any justification at all, TikTok challenges including popular celebrity appearances also added to its rise in prices, or other days, cryptocurrencies spikes.

At the time, bitcoin had become more mainstream and other cryptocurrencies were being created. As of now, there are almost more than 4000 cryptocurrencies out there. As the hype surrounds one or another coin, they can spike in value (then crash). This is a way to pump and dump which is designed to artificially and temporarily inflate the value of DogeCoin. At this very moment, buying DogeCoin is a huge gamble, and definitely not an investment.

Thursday morning, 1 DogeCoin was valued at $0.05 but by this morning, its value is $0.07. Its total market cap was 8.2 billion dollars, making it the 9th largest cryptocurrency.

On Thursday, one post said the “crypto GME” was Doge. GME is GameStop’s portfolio ticker. This currency has been around since 2013, featuring a Shiba Inu dog on its coin.

It is surging as Reddit traders plummeting the cryptocurrency which started as MEME. The crypto-currency was never $1. Everything was priced around $0.000232 during 2013 when it started.

There’s been some significant fall in the market in the past several hours while the value of dogecoin surged. On the platform, Reddit users encourage folks not to sell but to “continue to push.”In order to buy these again at a cheaper price so that they too can accumulate the benefit, short-sellers borrow shares to sell them. There is no such shorting process at stake for dogecoin through hedge funds. Alternatively, a number of individuals appear to be simply striving to move the cryptocurrency further in order to get more money.

This is a subtle reminder to comprehend what is happening in the market, so one knows how tricked or trucked markets are!