Is there a Technological surge In Coins after dogecoin? - Exhibit Tech Crypto
Crypto

Is there a Technological surge In Coins after dogecoin? 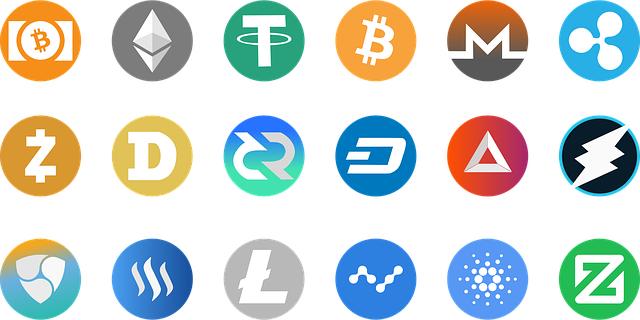 Within a few years, cryptocurrencies have evolved from a digital novelty to a trillion-dollar technology with the potential to disrupt the global financial system. At its highest point in January 2018, the total market capitalization of cryptocurrencies exceeded $800B, according to the coin market cap, and the Bitcoin price peaked at $20,000 in December 2017. Ether, the main coin of blockchain network Ethereum, broke through the $2,000 mark at one point before falling back.

Bitcoin and hundreds of other cryptocurrencies can be held as investments, but they can also be used to purchase software, real estate, and even illegal drugs. The price of Bitcoin and other cryptocurrencies fluctuates widely and experts say that this limits their usefulness as a means of transacting. The downside of cryptocurrency is that the currency’s exchange value depends on investor demand, so if the market falls, the value of Bitcoin could fall as well.

Decentralized currencies such as Bitcoin use a peer-to-peer network of blockchain technology to issue currencies, exchange transactions, and verify transactions. Cryptocurrency is a digital currency that can be exchanged between like-minded people without the need for a third party like a bank. This system allows individuals to trade traditional currencies using blockchain and network-related technologies while minimizing the volatility and complexity of digital currencies.

Blockchain has gone beyond its initial use as a currency and is now used like bitcoin in a variety of situations, from incentives for the inclusion of renewable energy networks to reducing emissions from the global shipping industry to allowing banks to make remittances at a lower cost. The hype surrounding bitcoin, blockchain, and crypto has contributed to renewed interest in distributed ledger technology. At the heart of Bitcoin and other virtual currencies is the blockchain, an open, distributed register that records transactions between two parties in a verifiable and permanent manner.

Simply put, blockchain is a digital register in which all transactions between Bitcoin and the cryptocurrency are timestamped and recorded. We are already seeing how surveillance tools are being developed by governments to share information about the owners of cryptocurrencies and the transactions they make.

China, which is developing its state-run cryptocurrency, on Tuesday, reaffirmed its rules for other digital currencies and banned financial firms from offering services for cryptocurrency trading. China accounts for most of the world’s bitcoin mining and has taken steps to crack down on cryptocurrencies.

Bitcoin continues to lead the cryptocurrency field in terms of market capitalization, user base, and popularity. Since Bitcoin and Ethereum account for the majority of the cryptocurrency market share (see graph 2), we are witnessing the emergence and rapid growth of many new technologies. Examples of substitutes include cryptocurrencies, new forms of currency, and systems derived from simple Bitcoin payment technologies.

Proponents of their digital currency, the so-called Central Bank Digital Currency (CBDC), promise speed and other benefits of the cryptocurrency without the associated risks. Due to the decentralized nature of digital currencies, a consensus mechanism allows major changes to be made to the code on which the token or coin is based, although this varies depending on the cryptocurrency. Bitcoin supporters who identify the original blockchain as the true Bitcoin protocol reject new cryptos like Bitcoin Cash, which focus more on some form of value transfer, but proponents of the new cryptocurrency claim that it better fulfills Bitcoin’s original goal of peer-to-peer cash.

Key Takeaways Cryptocurrency is defined as a currency that takes the form of a token or coin that exists on a distributed, decentralized register. The first cryptocurrency, Bitcoin, was released by an anonymous programmer (or a group of them) named Satoshi Nakamoto in 2009 in a masterpiece of computational genius. Blockchain, a peer-to-peer network that sits over the Internet, was introduced as part of a proposal for Bitcoin in October 2008, a virtual currency system that shuns a central authority for issuing currencies, transferring property, or confirming transactions.

This article seeks to demystify cryptocurrencies, citing their complex underlying technology and how digital currencies can be valued. This explanator defines Bitcoin, Bitcoin Cash, Ethereum, and Litecoin as blockchains with initial coin offerings.

Like many other cryptocurrencies based on Bitcoin, it was developed using the transparent CryptoNote protocol. Cryptocurrencies refer to the complex cryptography that enables the creation and processing of digital currencies and their transactions in a decentralized system.

For this reason, Ethereums’ blockchain code has been used to introduce other cryptocurrencies since 2017. Ethereum is based on the cryptocurrency Ether, which like Bitcoin can be traded and exchanged for dollars and other government-backed currencies.

Supporters of the cryptocurrency say the problem can be solved by using renewable energy – El Salvador’s president has promised to use volcanic energy for bitcoin, for example. As written in the original protocol, it could be used by halving it to limit the supply of new Bitcoins and control the value of cryptocurrencies.