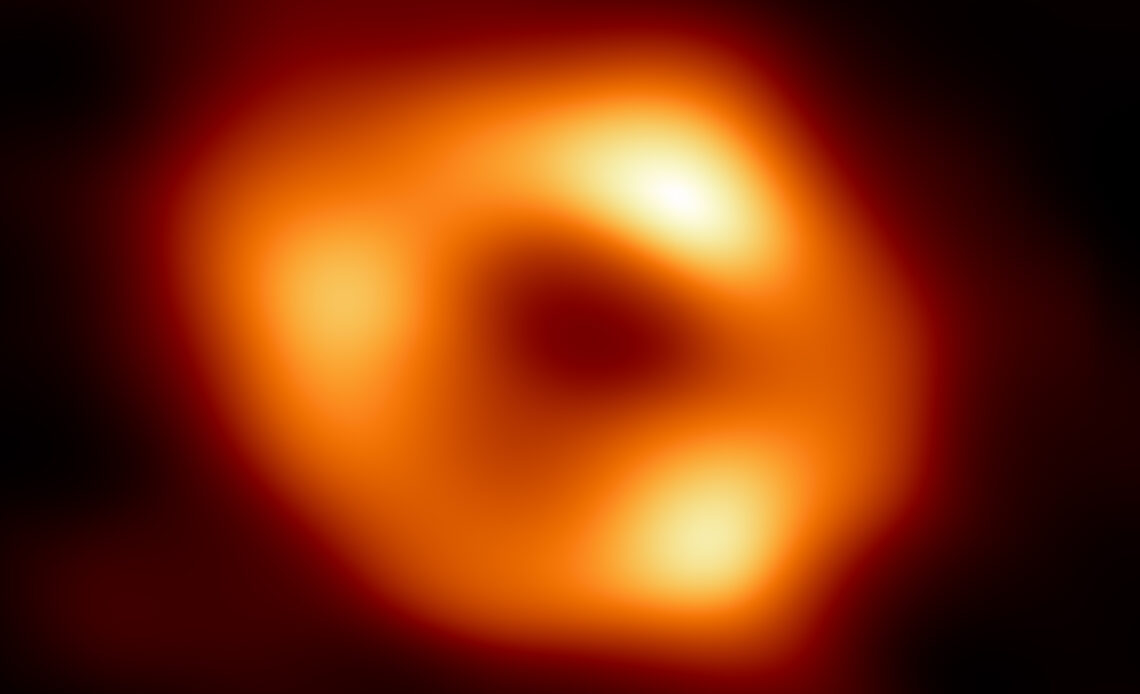 The first image of the supermassive black hole Sagittarius A*. May 12th turned out to be a historic day as the astronomers at National Science Foundation (NSF) were successful in getting the first image of the black hole residing at the centre of the Milky Way. Sagittarius A* is located 27,0000 light-years away from the Earth and is 4million times bigger than the sun.

The picture does not show the black hole itself, considering black holes do not permit light to escape from them. Instead, it depicts a darkish central region, known as a shadow, surrounded by a shiny ring-like shape that is sparkling gases across the black hole.

“Our own black hole! Astronomers have just revealed the 1st image of the supermassive black hole at the center of our Milky Way galaxy using the @ehtelescope – a planet-scale array of radio telescopes that emerged from decades of NSF support,” NSF said on its Twitter handle.

Our own black hole! Astronomers have just revealed the 1st image of the supermassive black hole at the center of our Milky Way galaxy using the @ehtelescope– a planet-scale array of radio telescopes that emerged from decades of NSF support. https://t.co/bC1PZH4yD6 #ourblackhole pic.twitter.com/pd96CH3V0m

The black hole was captured using an Event Horizon Telescope (EHT). The EHT is a network of radio dishes launched in 2015 and involved 80 astronomy institutes. 4 years after the launch of the EHT, the first-ever image of a black hole, M87*, in our galaxy was revealed.

The EHT is a unique network of antennae spread across the world that makes a virtual telescope. The role of the EHT is to detect the light cast when a matter disappears in the muzzle of a black hole. The Event Horizon Telescope (EHT) records the flash of light produced when planets, debris, or something else comes too close — is sucked right into a black hole’s outer boundary, known as an event horizon, which is the point of no return.

Best International places for Indian travelers on a budget

Towering Over You - Top 10 Impressive Clock Towers in the World