The Upcoming Realme Pad Will Feature A 10.4″ Display & Ultra-slim Bezels 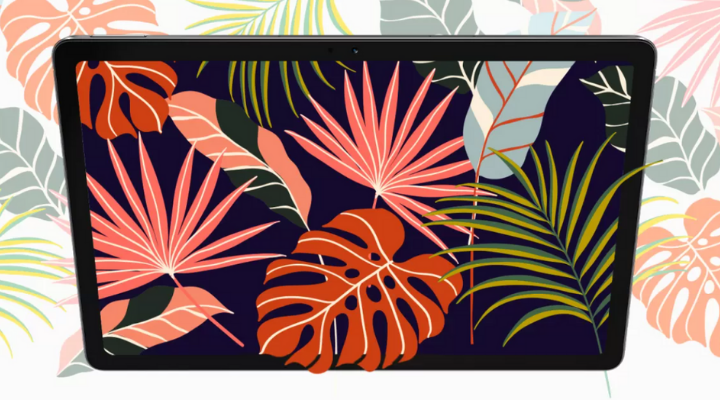 The Realme Pad is geared up to debut in the Indian market on September 9, and it will feature a 10.4″ WUXGA+ screen with an 82.5% screen-to-body ratio. Along with the pad, on the same day, Realme will unleash the smartphones Realme 8i, Realme 8s, Realme Cobble and Pocket Bluetooth speakers.

The upcoming pad from Realme has appeared on a dedicated Flipkart webpage, which confirms its availability. It also reveals the design, dimensions, and display features of the upcoming Realme Pad alongside a few key specifications. Though, the company hasn’t revealed any details about the front and back design.

Immerse yourself in an #UltraSlimRealFun experience with the stunning display on the #realmePad.

The Realme Pad will have two 8MP cameras, one at the back and one in the front. The 6.9mm thick pad will sport an impressive razor-thin bezel and wide display. The upcoming pad from Realme might have a USB-C port on one side and a headphone jack or a slot for a stylus on the other side.

The company has posted a video on their official Realme India YouTube channel, which shows the pad in gold colour, with a rear camera enclosed by a golden ring placed on the top corner and a Realme logo enchased on one of the bottom corners.

The Realme Pad is tipped to be powered by MediaTek Helio G80 chipset and Android 11 operating system. The leaked renders also suggest it might feature a power button, two speakers, a volume rocker and a SIM tray on the sides. The previous leaks mentioned the upcoming pad might come in two colour options, Gold and Grey.

The ultra-slim pad is said to feature 6GB RAM and 64GB onboard storage along with a 7,100 mAh battery. The device is tipped to come with a microSD card slot and a USB Type-C port for charging. The company will launch the device on September 9 at 12:30 PM.