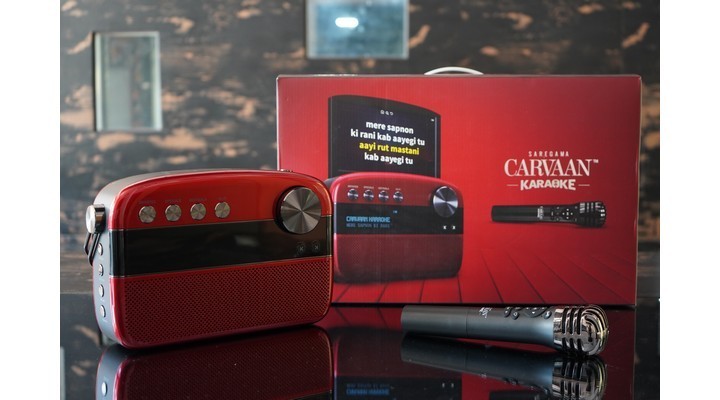 Being associated with one of the oldest brands in the country is a special thing and being able to be a part of history enhances the feeling so much more. To that essence, India’s oldest music label SAREGAMA is offering the Carvaan. It has more than 5000 preset songs that you can play to relive the good ol’ golden days. How can you be a part of it, you ask? Well, with the newest addition to the Carvaan family, the Carvaan Karaoke.

Now, before the teens get all pumped up and ready to sing their favourite Eminem or Drake raps, let me give you a fair warning: This Carvaan is not for anyone born after the 80s. At least it isn’t for someone who does not know about or like songs produced before the 2000s. Coming back to the Karaoke part, it does offer an extensive list of songs to let your inner singer loose! More on that later. 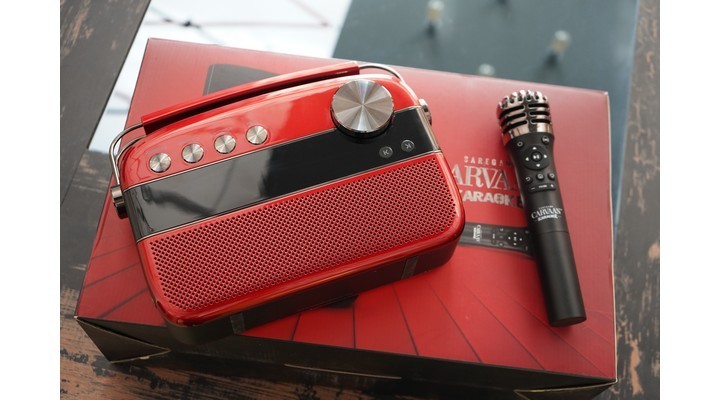 The device comes in a neat box encased in a cosy packing. Inside, apart from the Carvaan is a pair of wireless microphones and a box of goodies. Well, that is if you consider a remote, two pairs of batteries, an antenna and a charger to be so. Talking about the Carvaan itself, it features multiple modes for you to curate the music you listen to. While the genre of songs is limited to the Golden Era and prior, there are close to 5000 songs to choose from! This means that the fathers and grandfathers in the house will surely be in a jolly mood with this device.

A trip down memory lane:

Apart from the list of preset songs, the Carvaan also offers an FM/AM mode, AUX and Bluetooth connectivity, as well as WiFi usage. That can be used via a smartphone app available on the Google Play Store and Apple App Store. The company claims that it will give access to over 15,000 songs, with hundreds more updated daily. Regardless of the choice, you are sure to be treated with a rich selection of timeless classics from singing legends like Lata Mangeshkar, Kishore Kumar, Jagjit Singh and many more. 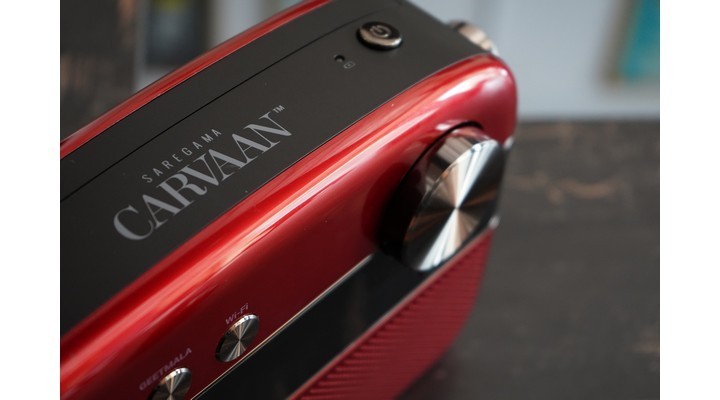 The Carvaan Karaoke stays true to its family design and comes in a rounded rectangular shape. Our review unit is draped in a rich metallic red colour, which further enhances its elegance. It features four selector buttons on the front, with a small LCD screen that shows the current selection. Beside that is the prominent rotary dial accompanied by the seek buttons below it. On one side are the buttons to choose the saregama app, USB/AUX mode, FM/AM mode, and Bluetooth mode. On the other side is the singular Karaoke mode button that is accompanied by the volume selector and a 3.5mm headphone jack. Operating the device is fairly easy as it can be done from the main body itself as well as the wireless remote that it comes with.

Addressing the elephant in the room, the Karaoke mode. At the single touch of the Karaoke button, a 9-inch TFT screen will pop up, indicating that it is time to rock! Offering a significant range of 1000 songs, the Karaoke mode will sure uplift the mode of any party. Considering it is a party of oldies that is! The songs are categorised as per artistes, actors, eras and Carvaan’s list of Top 50 karaoke hits. It also offers you a chance to save your list of favourite songs, for quick access. The menu can be scrolled through using the remote or either of the microphones that it comes with. If I had to be nitpicky, I’d say a touchscreen would have been better for easier selection. 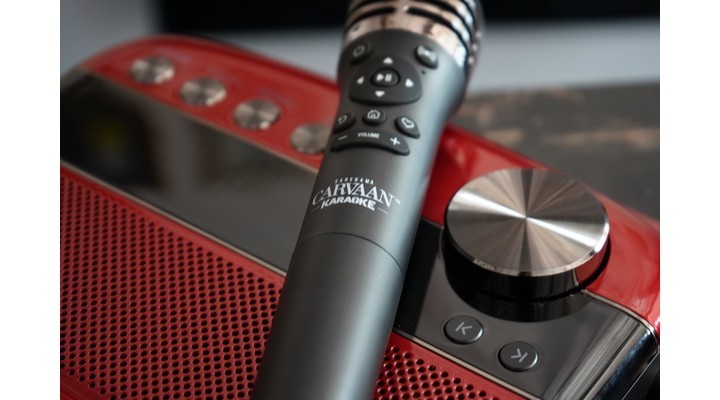 As I have emphasized earlier, the Carvaan Karaoke is a perfect choice for someone who either is from the times gone by or loves the music from that era. To be considerate, it does offer an extensive and immersive experience for the list of songs it provides. It will be the perfect gift from a son to his father, for them to spend some quality time together.