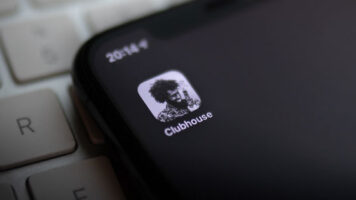 Amid the chaotic situation in Afghanistan, following the takeover of the Taliban, Social media giants seem to have become more sensitive and responsible towards the safety of their fellow users.

The popular audio chat app Clubhouse has recently removed personal information from its users in Afghanistan as a security measure. Earlier this week, the online restored tens of thousands of its Afghan users’ bios and photos, making their accounts more difficult to discover in search.

In a conversation with The Verge, a Clubhouse spokesperson said that the action does not affect users’ followers, and all changes can be reversed if a user prefers it.

Since the Taliban took control of the country, residents of Afghanistan are removing photos from their cell phones and social media accounts that could possibly show their connection to the west, for fear of a Taliban setback.

“The clubhouse also reminds its Afghan users that it does allow pseudonyms for human rights or security purposes,” the report said.

Facebook has also recently launched a one-click tool for people in Afghanistan to quickly close their accounts as the Taliban regained control of the war-torn country.

Nathaniel Gleicher, head of Facebook said that if their profile is closed, people who are not their friends will not be able to download or share their profile photos or view posts on their timeline.