We have heard a lot of folklores about the heroic archer and legendary outlaw Robinhood, who’s believed to rob the rich to give to the poor. However, we’re unsure whether he used to donate the stolen money to the poor or put it into his pocket, but over the centuries, his name has been used by people to showcase the good side of the world.

In April 2013, Stanford University roommates, Vladimir Tenev and Baiju Bhatt co-founded Robinhood Markets, an American financial services company, and they chose the name Robinhood for their company because it was started with a mission to “provide everyone with access to the financial markets, not just the wealthy.” Over the next few years, the firm rose successfully in the financial market, making its founders billionaires.

The firm officially launched its trading app in March 2015, and its original product was commission-free trades of stocks and exchange-traded funds. Later on, in 2018, the company announced a waitlist for commission-free cryptocurrency trading and began offering to trade Bitcoin and Ethereum to users in California, Missouri, and Montana.

A Move That Changed The World Of Stock Market: 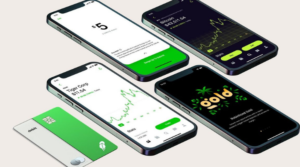 In 2019, along with Robinhood, other trading firms like Charles Schwab, ETrade, and TD Ameritrade began offering no-fee stock trading to retail investors, which was an influential moment for the little guy on the trading floor. Earlier, it has always been a wealthy person’s game, but this radical move from Robinhood and its peers changed the world of the stock market industry.

Over the years, the online brokerage firm got caught up in several controversies, but still, it successfully maintained its steady growth. The one event that helped the company grow the most was the arrival of Covid-19; during the pandemic, when every other business moved towards their low lifetime profits, Robinhood shined bright and moved upwards.

The signature move from Robinhood reaped the attention of all ages, especially of millennials, as it incentivized users to invite friends and family, offering a free or cheap stock. The company app created a great user and customer experience, which helped them surpass 10 million users. It went further to offer its users more than one way to buy a stock which turned the online brokerage industry on its head and helped Robinhood achieve unparalleled success.

The Most Awaited IPO: 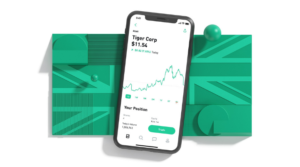 The trading firm earns a significant amount through the interest earned on customers’ cash balances, selling order information to high-frequency traders and via margin lending. Recently, Robinhood disclosed it will open its books to the world as it plans to sell shares at $38 to $42 each and is supposed to raise $2.3 billion in an initial public offering.

The trading app’s popularity has surged over the past one and half years, especially during the coronavirus lockdown. The closed doors paved the way for new investors, and the easy-to-use interface of the app encouraged users to make an investment in commission-free trades in stocks, exchange-traded funds, and cryptocurrencies.

The trading firm is expected to start trading on the Nasdaq Stock Market under the symbol HOOD, on 29th July and is expected to seek a $35 billion valuation in its initial public offering. About 55 million shares are being offered in the IPO, and out of them, 2.63 million shares are being offered by the company’s founders and chief financial officers themselves. 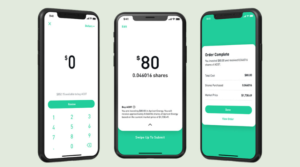 Robinhood’s revenue spiked 245% to $959 million last year, and that’s the vital speculation investors and other firms are eagerly waiting for the big day. According to a few reports, Salesforce Ventures is looking to purchase up to $150 million worth of Class A common stock at the IPO price. Also, some reports suggest, the trading firm is planning to reserve about 20-35% or one-third of IPO shares for its customers.

Robinhood is a pioneer in the no-commission brokerage model, and the trading in the meme stocks helped the company grow bigger than anything in its revenue from January to March. Robinhood’s list of recent challenges is endless, but how the trading firm manages to conquer them is an impeccable ride. Currently, Robinhood is Silicon Valley’s most valuable private company and is one of the fastest-growing fintech start-ups in the world, which has achieved remarkable targets. The final part of Robinhood’s long road to going public and also the company’s future depends on whether it empowers their inner Warren Buffett or gets ambushed in an excess obsession with uncertainty.