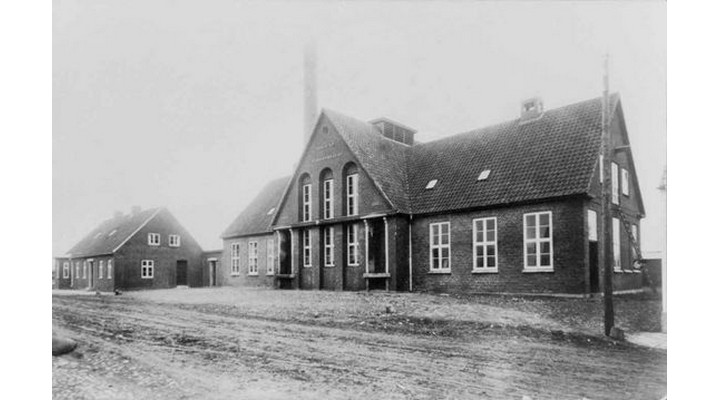 Lego is a brand synonymous with an almost infinite array of toys and an extensive range of collectables spanning multiple generations. While the Danish toymaker has lots of accolades to its name, it did not succeed overnight. Today, it is known for its wide variety of toys and the immeasurable pain caused if one is unlucky enough to step on a Lego brick! So how did it go from a Danish carpenter’s dream to a global phenomenon? 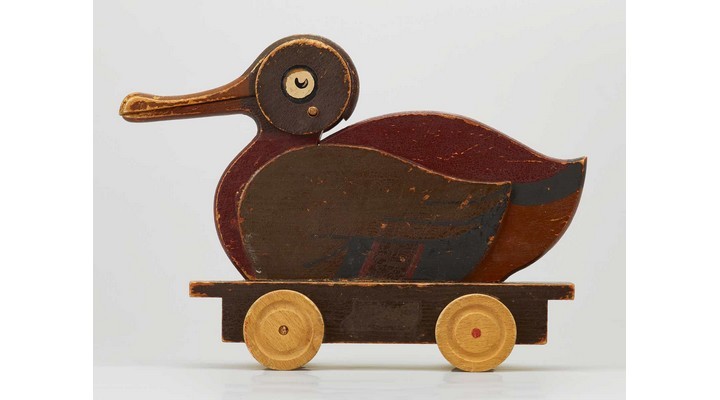 Our story begins in a small carpentry workshop in Billund, Denmark. Ole Kirk Christiansen, a woodworker who had saved some money, purchased the Billund Woodworking and Carpentry Shop in 1916. The shop itself had been successfully running for a while, which Christiansen saw apt to take over. However, a massive fire burned down the shop and the family home in 1924, forcing Christiansen to a fresh start.

From the ashes, he built an even bigger workshop aimed at expanding his business even further. The American Great Depression acted as a catalyst to his business, as the lack of customers gave him time to diversify his business further. By the early 1930s, Christiansen shrunk his existing wooden furniture products and made miniature versions as design aids. This eventually led to his interest and venture into toy-making. 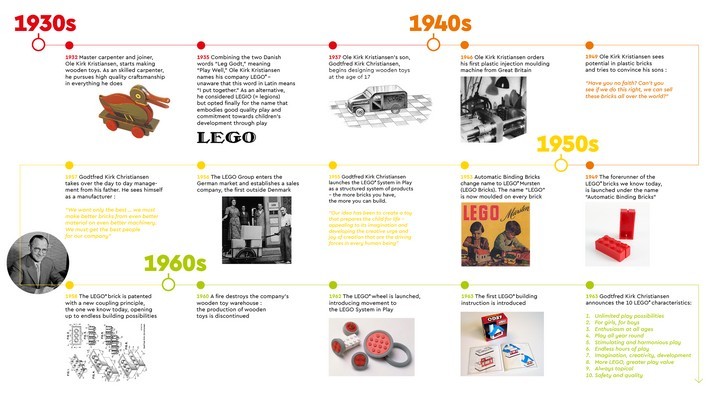 By 1932, the shop had begun manufacturing toys such as piggy banks, pull toys, cars and trucks, and houses. Christiansen also held a contest among his staff to decide the name of his budding company. In 1934, the company christened Lego, a self-made contraction from the Danish phrase leg godt, meaning “play well.” Later the Lego Group discovered that “Lego” could be loosely interpreted as “I put together” or “I assemble” in Latin. Following that, the name Lego would be inscribed on all the company’s products.

By 1949 the LEGO Group had comfortably adopted plastic and began manufacturing various kinds of toys. This was also when Lego’s now-iconic plastic bricks were introduced that were marketed under the name Automatic Binding Bricks. Giving the toy an English name was a tribute to the Allied forces, which had liberated Europe and ended World War II in 1945. However, it contemporarily sold the bricks only in the Danish market.

The Lego Brick’s modern iteration can be indirectly credited to Hilary Fisher Page and his company Kiddicraft. As he was fondly known, Harry Page had invented the plastic bricks before Ole Kirk and his son Godtfred. However, in the late 1950s, when the LEGO Group contacted Kiddicraft to ask whether they objected to the Lego brick sale, they were utterly cooperative. On the contrary, they wished the company good luck with the bricks, as they have not enjoyed much success with their product. 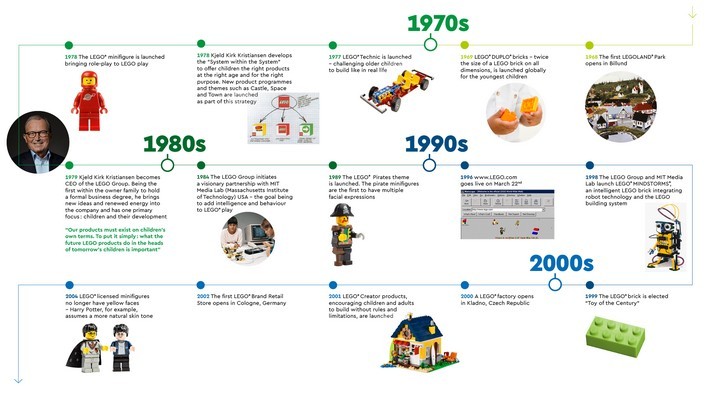 As is the case with any new technology, The Lego Group faced severe challenges when marketing the new and hitherto unexplored plastic toy industry. Many customers preferred sticking to wooden or metal toys, which led to many shipments being returned due to poor sales. Nevertheless, when Godtfred Christiansen, the son of Ole, took the position of the junior managing director of the Group, he developed the idea of manufacturing a series of toys that were correlated.

This began a modern system of collections that has expanded across multiple topics and age groups. The first toy “system” marketed by Godtfred was the Town Plan, which immediately saw critical acclaim. By the late 20th century, the company had already grown sizeably and began manufacturing toys targeted at specific groups of children. For example, girls were offered mini houses and furniture, while the boys could play with ships and cars.

With the emergence of the internet and the beginning of the digital age, Lego Group found new ways to escalate its reach to a global audience. Launching its official website on March 22, 1996, the company was finally within reach of its founder’s dream. Soon after, the Lego brick was declared the “Toy of the Century”, which immediately made it a must-have in homes worldwide.

The turn of the century was also a turning point for Lego. The company built its factory in the Czech Republic, opened its first retail store in Germany, and humanised its figures by removing the yellow colour and adopting a more natural skin tone. This made its toys more engaging for their customers, adding to their ever-growing popularity. Within a decade, Lego had become a household name worldwide, and its popularity had snowballed to massive standards. 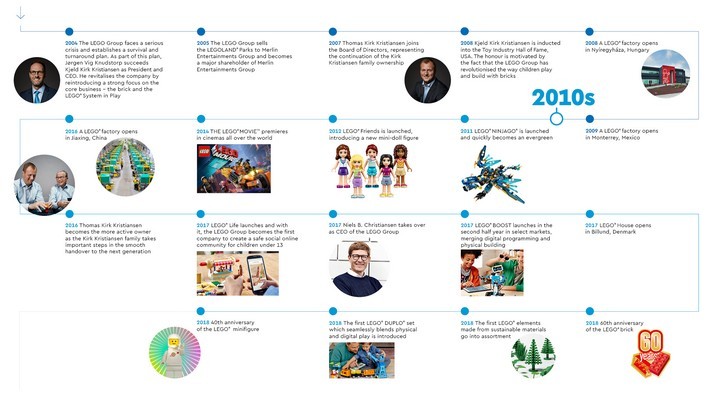 2014 was the year when The Lego Movie was launched, redefining the essence of playing with Lego. Lego Group has collaborated with numerous conglomerates and international favourites, including NASA, Lamborghini, Ferrari and Whatnot. In 2018, The Lego Brick celebrated its 60th anniversary, thereby confirming that Ole Kirk Christiansen’s dream of his small wooden shop was now a reality.