5 Racing technologies that have been adopted for road use 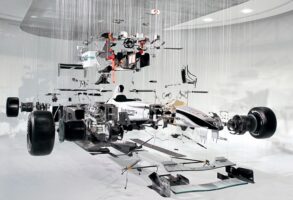 5 Racing technologies that have been adopted for road use

Automobile racing as an organized sport began in the mid 19th century with the initial races between gasoline powered internal combustion vehicles. Sports car racing emerged as a platform for various automakers to prove themselves on the tarmac, which paved its path for a lot many automotive technologies which in future, would turn out to become an everyday usage tech. With the intention of dominating the streets, a lot of manufacturers, in time adopted ways and techniques to make better cars for everyone. From safety to increased power and handling, innovations in the sector have created numerous technologies for better road handling and drivability of cars. Lets look at 5 such innovations which proved a game changer in the industry.

Roots from rallying, all wheel drive systems were introduced by Audi’s Quattro technology which was the first ever all wheel drive system designed for use in regular everyday cars for all road conditions. All wheel drive means more power and of course better handling at the same time. Extra traction gives better stability to the overall driving dynamics of the vehicle making it easy to drive even on mud and ice. 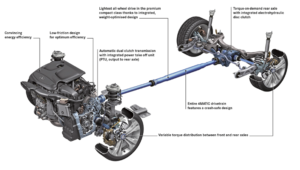 A high performance engine needs to breathe properly so as to give out max output from the overall combustion process. The more air there’d be , the better performance and better burning of the air fuel mixture would happen. In turn churning out enough boost. Enhancements like turbochargers, superchargers, Ram air intake systems were all designed for this sole purpose. While this technology was derived from drag racing cars, today it can be found on regular production cars. 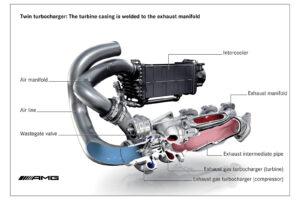 The elimination of engaging the clutch while shifting gears saved a lot of time for racers on track and even proved to be an added performance advantage as they could shift without using the clutch pedal. In today’s scenario, it makes driving a hassle free experience as you don’t have to fiddle around using the clutch pedal in tight bumper to bumper city traffic. Moreover, having an automatic transmission, quick maneuvers like sudden acceleration for overtaking become a less tiring process as the transmission is doing everything on its own. 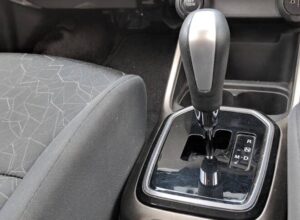 Braking is as important as the performance of any vehicle. The disc brake has by far been the most advanced and necessary technology since the inception of cars. Disc brakes have better performance as they have better cooling as compared to drum brakes, thereby decreasing the chances of overheating and hence improving performance. Also, brakes are of no importance if the rubber in contact with the tarmac is of no good. Tyre manufacturers have always used motorsport platforms to test and promote their rubber as it helps them test the durability and drivability of the tyre. Now there are purpose oriented tyre in the market depending on the kind of usage one wants. Highway, mud-terrain, all-terrain, track oriented and also eco-friendly tyre which help in better mileage are now all easily available.

The overall driving dynamics and handling is based on the suspensions. Independent suspensions were adopted from race cars as it delivered better stability and drivability. Be it multi-link setup or McPherson struts, both are available on a number of production cars depending on the type. A proper setup helps keep the car stable through twists and turns, and provides comfort over bad roads. 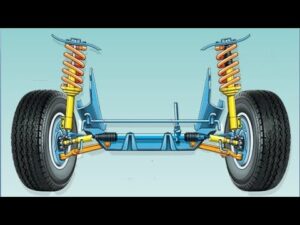