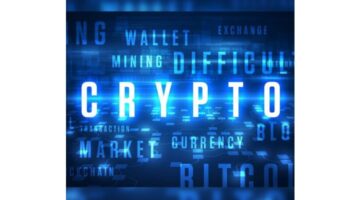 The term which went viral, is popularly abbreviated for ‘Hold On For Dear Life’. It refers to the common sentiment among Bitcoin enthusiasts to hold on to their investments in the face of market volatility.

Coins that are not Bitcoin are usually known as Alt(ernative) coins. In reality, this coin serves no true unique purpose and should, in a fair market, fall back to their original low value.

For all the romantics out there, this one’s for you! To the moon is a phrase used to refer to a price going up to astronomical levels. There are many cryptocurrencies that Bitcoin have ‘mooned’ in the past years for instance Bitcoin that went up in price almost 15–18 times.

This term means a recurring cycle of an altcoin from getting a ton of attention that leads to a fast price increase and then, of course, followed by a huge crash. Traders who pump, buying huge volumes, may invoke greed from the uninformed investors and then dump i.e.sell their coins at a higher price.

Bullish:It is like an expected rise in price of the bitcoins. It is expected that the price of bitcoin rises to about $300,000- $400,000 by some optimistic analysts.

An expectation that price is going to decrease. Many altcoins (or the shitcoins) would have a generally bearish sentiment if people do not see value in them.

A bag holder is someone still holding an altcoin even after a crash in the market. A bag holder can also just refer to someone holding a coin that is sinking in value with few future prospects or people who believe in their dumped coins..

Yes, just like we refer it, ATH is the short form for “All-Time High” and in crypto it means the highest historical price of a specific coin. For example, in 2017 Bitcoin reached an ATH at $19,000.

A wealthy trader who owns absurdly huge amounts of cryptocurrency can be called whale. Whales are often the market movers for small altcoins too, thanks to their huge capital.

The act of endorsing the coin in public is called shilling. Traders who bought a coin have an interest in ‘shilling’ the coin, in hopes of igniting the public’s interest in that particular coin and leading to an eventual pump in price.

The study of making information unreadable so that it can be kept secret is called as Cryptography. Hiding words in images, using micro dots and computer programs are the few uses of cryptography. The information can be unlocked and made readable using a code also known as a key. The key is made up of a string of letters and numbers.

The process of creating new blocks i.e. new pages where the new digital blockchain can be stored, recording and verifying information is all a part of mining.

An agreement of shared, replicable and synchronized data, in this case spread across multiple networks, across many CPUs is known as Distributed Ledger. A central ledger is the opposite in that all of the data, while being synchronized and replicable is controlled by a singular network or individual.

A bot is a type of software that can execute trades on exchanges. It may seem like cheating but bots do play an important in many ways too. They can help implement strategies like trailing stop losses for you as well. Like people, bots aren’t good or bad, they are neutral and depend on the ethics of the user.

The reduction of minable reward every so many blocks is called Halving. For Bitcoin the reward is halved after the first 210,000 blocks are mined and then every 210,000 thereafter.

A node is essentially a computer connected to the Bitcoin network. A node supports the network through validation and relaying of transactions while receiving a copy of the full blockchain itself.

P2P stands for peer-to-peer which has become a very large focus of blockchain as one of the biggest selling points is decentralization. Nearly every interaction on the blockchain can be fulfilled through P2P, or without a centralized variable like a store, bank or notary.

The positive quality where two or more of the same thing have identical value is known as fungible. So basically, it’s one of a group of things that can be used as a substitute for another without changing the value.

A bearwhale is a person with large quantities of cryptocurrency that uses his massive account to drive the price down and profit from it.

A bear market is a decreasing set of prices for various types of assets and a bearish investor wants to profit from that.

The flippening is the shift of other cryptocurrencies growing bigger, more important and more valuable than bitcoin. If the value of the coin cross that of bitcoins then we say that it’s called flippening.

Shitcoin is nothing but the Altcoin with no potential value or use. Shitcoin value may disappear because interest failed to materialize, because the altcoin itself was not created in good faith, or because the price was based on speculation.