How big is India's Travel & Tourism Industry? - Exhibit Tech How Big Is
How Big Is 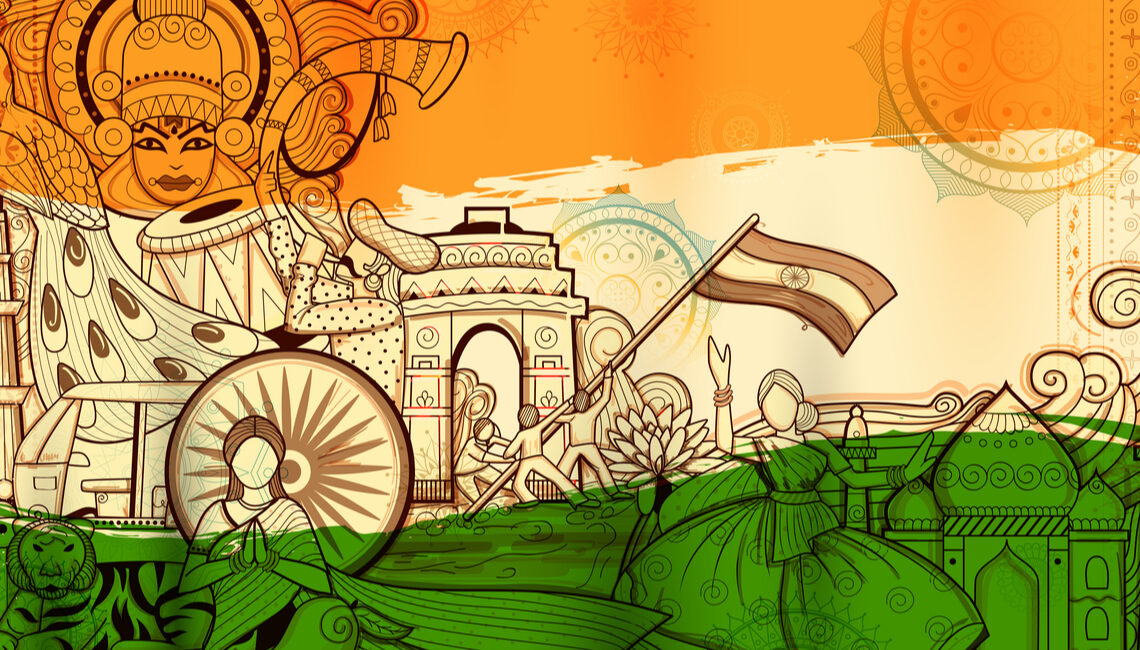 About 1000 years ago, India was known for its hospitality and prosperity. The country was a major attraction for outsiders due to its diverse culture, spices, education system, excellent economy, silk, cotton, opium, amazing art and, of course, architecture. Jump to now – India attracts millions of travellers from all over the world around the year and is one of the most visited countries by foreigners.

India’s travel and tourism industry has grown remarkably in the last few decades thanks to the campaigns like “Incredible India”. The exciting and informative campaign represented India as an attractive tourist destination by showcasing its natural beauty, cultural heritage and historic sites. Along with international tourists and travellers, many domestic tourists and travellers travel across India.

Well, why not? The country boasts a rich heritage and has everything a tourist could ask for; from the vibrant cities, the snow-capped Himalayas and tropical beachside towns to the peaceful countryside, it perfectly combines the traditional and modern world. The country might appear religious and heritage-driven from an outsider’s perspective, but once you are here, you’ll understand it’s completely different from what is written in books.

The country has various versions, and it entirely depends on which place you are visiting. In some places, you will witness the holy and serene side of the country, while in some, noisy and loud. The diverse culture of the country will make you think twice about everything, as, after every 50 to 60 kilometres, you will notice language changes, people eating differently, and of course, changes in their day-to-day attire.

The country has been offering best-in-class hospitality for ages, and that’s the significant reason travellers look forward to it every time they visit India. Along with foreigners, even domestic tourists and travellers feel surprised when they visit other states besides the state they live in, thanks to the diverse culture. The country is easy to get around and well connected by road, rail, and air networks from across the globe.

Top 5 most visited places in India 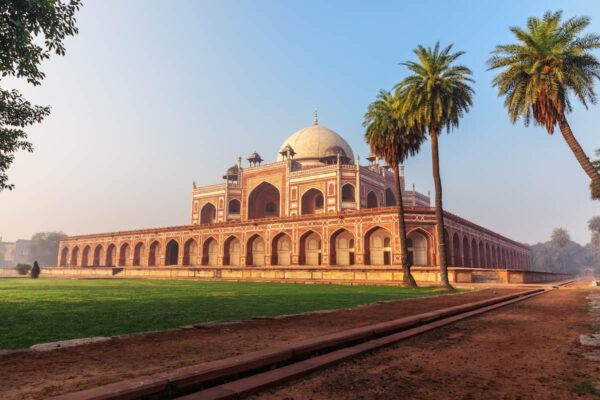 Yup, the capital strikes again. The city has not lost a single point in popularity over the last few centuries. The capital city of India is the most visited place in the country and offers a composed mixture of culture, art and modern architecture. The city has various historical places like India Gate, Lotus Temple, Red Fort, Chandni Chowk, Jama Masjid, Qutub Minar, Connaught Place, and Humayun’s Tomb.

Agra needs no introduction, as the city is home to the world’s most beautiful monument Taj Mahal, which is also one of the seven wonders of the world. A trip to Agra is incomplete if you haven’t Soak in the Beauty of the Taj Mahal during the sunrise or sunset. The city is also famous for other monuments like Fatehpur Sikri, Jahangir Mahal, Jama Masjid, Agra Fort, Akbar’s tomb, Ram Bagh and Sikandra Fort.

The capital of Rajasthan, Jaipur, is commonly called the pink city due to its trademark building colour. The city has various tourist attractions – mahals (buildings) like Hawa Mahal, Jal Mahal, City Palace, Sisodia Rani Palace and forts like Nahargarh Fort, Jaigarh Fort, and Amber Fort, which were constructed by the then-royal family who once ruled the region. One should not miss Jaipur if you’re a fan of Mughal-influenced Rajput architecture.

The spiritual capital of the country is one of the oldest inhabited cities in the world. The ultimate pilgrimage spot for Hindus portrays the weird side of India and is always packed with a massive number of travellers. The city is known for its ghats, alleys and streets, which have numerous types of temples. Ganga Aarti at Dashashwamedh Ghat, New Vishwanath Temple, Kashi Vishwanath Temple, Sarnath, and Manikarnika Ghat are the must-see places in Varanasi. 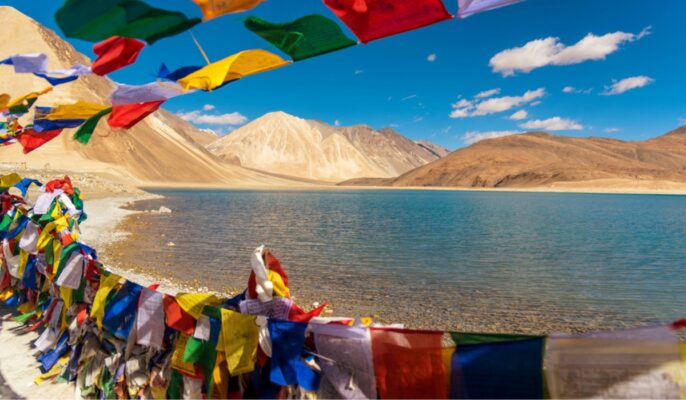 Ladakh is home to one of the purest remaining examples of Tibetan Buddhist culture, and in popular culture, it is known as the roof of the world. The place is enclosed between the Himalayan and Karakoram ranges, which is why every biker and trekker adds Ladakh to their bucket list. The site brings tourists closer to raw and untouched nature, allowing tourists and travellers to have an unforgettable vacation.

Another reason India is one of the favourite tourist spots is that it has over 40 World Heritage Sites recognised by the United Nations Educational, Scientific and Cultural Organization (UNESCO). Out of these, 32 sites are cultural, 7 sites are natural, and one, the Khangchendzonga National Park, is of mixed type.

Types of tourism in India

Earlier, people used to prefer to stay at home during holidays or, in some cases, they used to pay a visit to the nearest pilgrimage sites. Over the last 10-15 years, the definition of tourism and travel has completely changed, as many people started travelling across the country and utilising the best during their vacays.

Skip the pandemic years, and you’ll notice the tourism and travelling industry has become one of the fastest-growing sectors in the world. The Ministry of Tourism in India aims to develop the country as the finest tourist destination worldwide. The ministry has identified and divided many niche products to attract tourists as per state attractions.

The percentage of young travellers is increasing day by day, and we know what their adrenaline rush wants to do when they are looking for a vacation. Yes, Adventure! India is one of the world’s most diverse topographical countries and has many places where one can have a thrilling, adventurous trip. Skydiving, Wildlife Safari, MotorBike Expeditions, Scuba diving, Kayaking, Trekking, Waterfall Rappelling, and Paragliding are a few of the top activities to do in India.

Seeing mother nature in its own form will help you understand the world we’re living in is beautiful beyond our fantasies. Ecotourism is a sustainable form of tourism that allows the tourist to see the purest form of Mother Nature. India is a land full of natural beauty, and there are many ways to enjoy nature. The country has snowy mountains in the Himalayas, and North-East India, bustling beaches in Goa, backwaters in Kerala, and, of course, Thar – the Great Indian Desert.

We’ve already mentioned India has over 40 World Heritage Sites recognised by UNESCO. The country is enriched with hundreds of heritage sites which showcase the art and architecture of the mixed dynasties who ruled the land. The major cultural or heritage sites include the Taj Mahal, Khajuraho Group of Monuments, Chittorgarh Fort, Red Fort, Hampi Vijayanagara Empire, Mumbai – the city of dreams and Ajanta Ellora Caves.

Being a country that gets very sentimental when it comes to religion has definitely helped the government to grow in the travel & tourism industry. Every year millions of people from India travel to famous and popular temples, mosques, gurdwaras, churches, and monasteries. Religious places like Kedarnath, Badrinath, Velankanni Church, Varanasi, Golden Temple, Dargah Gharib Nawaz in Ajmer and Vaishno Devi Temple.

Being a country ruled and attacked by many outsiders and, of course, terrorists, we have many dark places in the country. However, instead of being sad about the memories, we’ve turned them into tourist places to show the world how strong we are as a nation. The complex history of India is connected with the places that have experienced death, pain, and mystery. It might be deadly and scary to visit dark places like Jallianwala Bagh, Cellular Jail (Kala Pani), Skeleton Lake, Taj Palace Hotel (Mumbai) and Leopold Cafe (Mumbai), but only these places make us strong and keep us united.