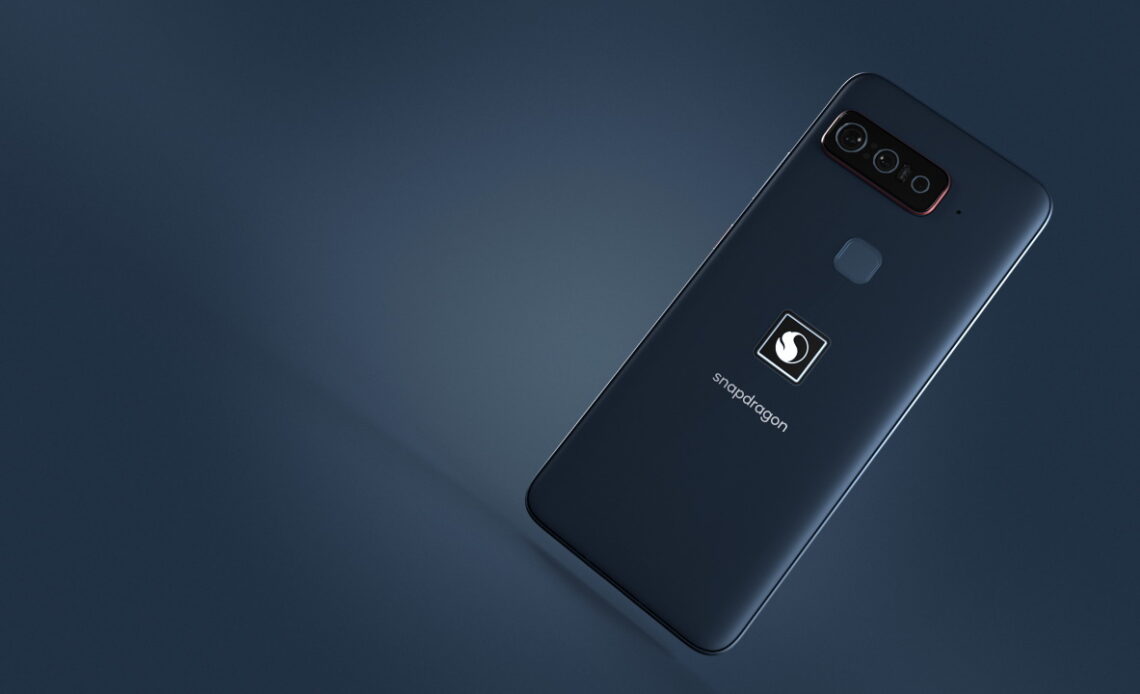 US-based chip making giant Qualcomm, which manufactures Snapdragon processors and modems for almost every primary Android device, is now launching its Flagship. Qualcomm and Asus have collaborated on a custom device called ‘Smartphone for Snapdragon Insiders.’

As the name suggests, Qualcomm will sell the $1500 phone directly to members of its Snapdragon Insider Fan Community, which was launched earlier this year. It is much of a token of appreciation for the community keen on learning about Qualcomm’s developments before anyone else.

However, the Snapdragon 888 processor feels like an odd choice for a device this expensive since the company has already launched a more powerful 888 plus model. Although there is very little difference between the vanilla and the Plus variant, the latter is supposed to handle graphics better. The smartphone offers a 4000 mAh battery, which is again not the biggest we have seen in a smartphone.

Snapdragon Insider features a three-camera setup at the back, with the main one featuring a Sony IMX686 64- megapixel image sensor. There is also an 8-megapixel telephoto lens with 3x optical zoom. The front camera offers a 24-megapixel lens. The phone can shoot 8K at 30 frames per second and 4K at 30 or 60 frames per second.

What stands out in Flagship is Qualcomm’s new Snapdragon Sound classification, which other Android devices have not yet offered. It promises a hi-fi music playback at up to 24 bit 96 kHz. Also, it includes some Master & Dynamics earbuds, which eventually appears to be MW08 earbuds with Snapdragon Logo on them. These earbuds sell in the market for $299 if that makes you feel any good about the $1499 price tag!

Snapdragon also boasts of offering the most comprehensive support for all key 5G wavebands in a single device. The device also supports Wi-Fi 6, Wi-Fi 6E and Bluetooth 5.2.

In addition, the phone also includes a 65W Quick charge 5.0 charge, USB C to USB C, and USB C to USB A cables.

The major setback for the Smartphone for Snapdragon Insiders is that the device does not feature the company’s latest processor. Neither does it push the technology any further than what most powerful smartphones have to offer. OnePlus 9 Pro and Galaxy S21 Ultra provide the exact specifications for far less money.

The glowing Snapdragon logo at the back doesn’t make the smartphone worth the premium price tag.

The Smartphone for Snapdragon Insiders will be first available in the US, China, UK, and Germany by August. It will launch in India soon, and the price could nearly equal 1,12,200, although no official data is available about the release.