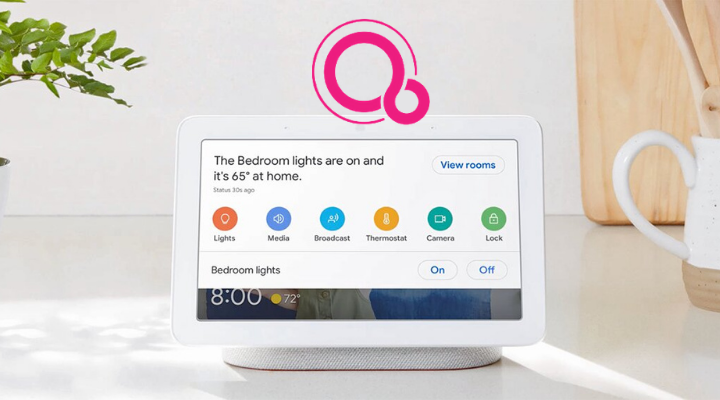 Google has launched its third significant operating system, Fuchsia, but not on a phone as many had expected and supposed. The company introduced a new operating system on the first-generation Nest Hub, a smart home product made by Google.

The Fuchsia operating system has been a secretive project Google has been working on since 2016, inviting all kinds of wild theories and opinions from all corners of the tech community. Nothing substantial was known about it until its launch a few days ago at Google’s I/O conference event.

The Fuchsia-based update for the Nest Hub will roll out over the coming months, and transitioning to Fuchsia OS from Cast OS will be a slow process, but considering the smoother and unchanged interface, Nest Hub owners won’t even notice they’ve been switched over to Fuchsia OS.

First released in 2018, Nest Hub is a Google Assistant-powered smart speaker with a large 7-inch display, which will now replace its existing Linux-based Cast OS with Fuchsia OS. The new update will neither change any functionality nor bring any significant UI changes to the Nest Hub.

Fuchsia is written in C++, C, Dart, Rust and runs on modern 64-bit intel ARM processors. Unlike Android and Chrome OS, which are Linux-based, Fuchsia OS is built from ground zero and uses a new microkernel called Zircon.

The newest operating system comprises four independent modules called Zircon, Garnet, Peridot, and Topaz, which have been designated individual tasks. It positively impacts the OS updating, an area that has been troubling Android and also improves the code’s readability.

Fuchsia can be a new, modern, safer platform, and it is definitely a challenge to Android, which has captured 75% of the market share, but it would be folly to suggest Fuchsia OS as a replacement for Android, especially at this initial stage.

Google hasn’t clarified yet if and when it plans to bring its Fuchsia operating system to other Cast OS-based devices, including the 2nd gen Nest Hub but we’re expecting it will launch it soon for other devices too.