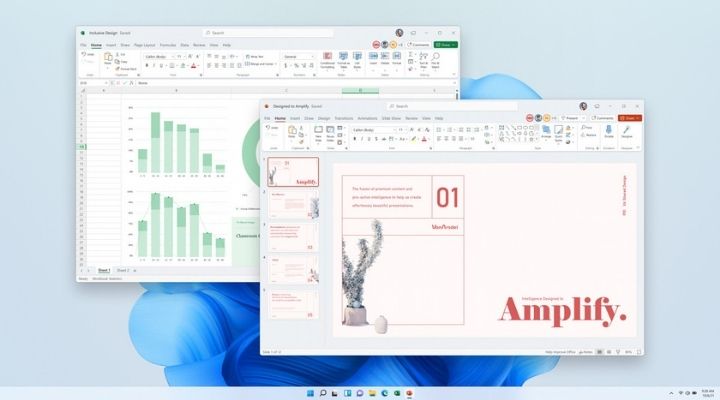 Microsoft recently launched its latest operating system Windows 11, with a completely new user interface, and to make it more exciting, the software maker has now started testing its Microsoft Office with a fresh UI redesign. Though the newly designed office update is only available to office insiders, for now, it will soon be available for all users later this year.

The company has promised to make Windows 11 a free upgrade, as long as you have Windows 10 and the minimum system requirements. The new OS includes a new Start menu and an updated Start button, along with rounded corners similar to Android and iOS. Microsoft is trying something familiar on the lines with the new office UI, which includes a new rounder look to the office ribbon bar, with some retouched buttons across Word, Excel, PowerPoint, and Outlook.

Previously, the company teased users with more dramatic changes to its Office UI, but to match it up with Windows 11’s aesthetics, they are going with the collapsable ribbon interface for now. However, Microsoft is gradually bringing subtle changes to its Office design, and according to the recent reports, it will keep updating the office before the final release. 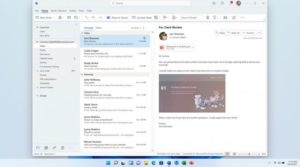 The new office update will deliver a simple and more coherent experience across the Office apps, along with adaptable themes of Windows 11 and dark mode for Microsoft Word. With customizable ribbon, now you’re allowed to add shortcuts to the Office items you use the most. Also, the new office design enables you to collaborate with your teams and colleagues seamlessly to see edits in real-time.

The software maker is planning to replace the ribbon interface soon with an undocked toolbar interface, and the changes will first appear on the web and mobile versions of the office. The Office design makeover will be available immediately to all Office Insiders, even if they’re using Windows 10. If you can’t wait to see the newly designed office, then join the insider community now.