Top Companies That Have Gone Bankrupt During The COVID-19 Phase 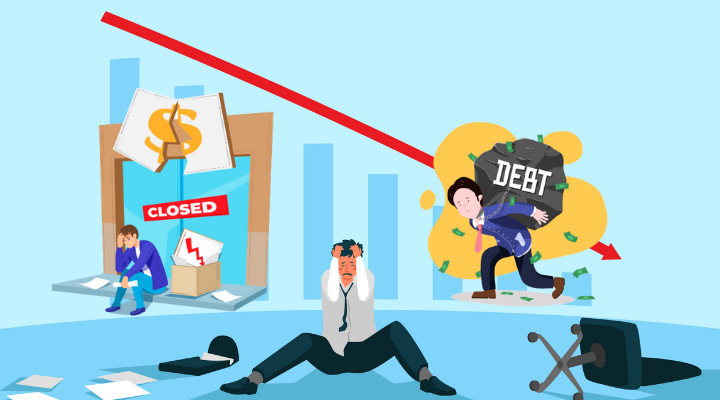 The COVID-19 pandemic has changed society by disrupting our day-to-day life and triggered a massive economic slowdown throughout the world. The forced lockdown leads to the inability for companies to run normally, which eventually results in the highest percentage of unemployment and dramatic shutdowns of some of the well-known companies.

Some of the companies survived the situation by filing for bankruptcy, but going down the route doesn’t help them bounce back fully as the financial fallout from Covod-19 continues with the second wave. While the term bankruptcy doesn’t remarkably suggest that these companies are shut permanently, they only shrink some of their wings, which causes them a massive amount of loss. Here’s the list of companies that have gone bankrupt during the COVID-19 phase. 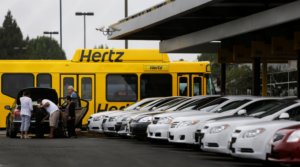 The Estero, Florida-based Hertz Corporation is a popular American car rental company that operates about 12,000 franchises worldwide and has served people for more than 100 years in the car rental business. The novel coronavirus pandemic that has crippled the global travel scenario made Hertz sink drastically in the business and forced them to ask for support from its lenders.

Unfortunately, it failed to convince the lenders and did not reach an agreement with top lenders, which resulted in filing for Chapter 11 bankruptcy protection. Along with zero business, Hertz has also been plagued by management outbursts and changed its CEO, its fourth in six years.

Hertz financed itself mostly by taking out loans secured by its fleet of cars, but it decreased the value and sales of used cars along with most of its customers. After a year full of struggle, on 1st July 2021, Hertz emerged from Chapter 11 Bankruptcy with backing by new investors to eliminate the debt. 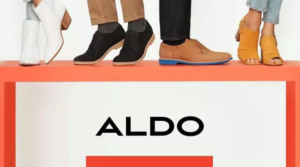 Aldo Bensadoun founded the Canadian shoe retailer Aldo in Montreal, Quebec, in 1972, which operates nearly 3,000 stores and employs 8000 people across 100 countries. The company was already struggling with the business for the last few years, and then the COVID-19 pandemic arrived, forcing them to shut down the stores and make the situation worse than ever.

The Canadian company has asked for protection using the Companies’ Creditors Arrangement Act and is looking forward to stabilising business that has suffered due to the impact of the COVID-19 pandemic. The company has moved its base to a nearby location in Saint-Laurent, Montreal, and more than half of the employees at its headquarters have been furloughed. 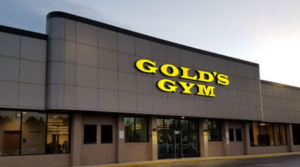 If you’ve ever considered joining a gym to get back in shape, you must have penned down a list of nearby gyms and being one of the oldest ones in the gym business, Gold’s Gym would’ve topped the list. Former American bodybuilder Joe Gold founded Gold’s Gym at Venice Beach, California, in 1965, with weight-lifting equipment he built himself.

The American chain of international co-ed fitness centres has various franchise based gyms across the six continents. The company has been in the business for the last 50 years, and during all of these years, the founder would have never imagined in his wildest dreams that something like the COVID-19 pandemic will destroy his business, but unfortunately, it happened.

The fitness centre saw its business drop during the COVID-19 pandemic, and in April 2020, the company said that it would permanently close 30 of its locations. On 4th May 2020, Gold’s Gym and its 14 affiliated debtors filed for Chapter 11 bankruptcy. Later on, in August 2020, Gold’s Gym was bought out of bankruptcy by European fitness giant RSG Group GmbH, which also owns the McFit fitness brand. Luckily, the bankruptcy doesn’t impact its centres in most countries, including India. 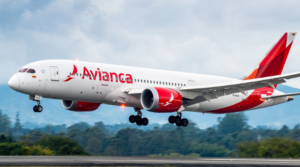 Humans have been flying since the Wright Brothers invented the world’s first successful motor-operated aeroplane, but the arrival of the COVID-19 pandemic locked us inside our beloved homes, which harshly impacted the airline business. Avianca, the oldest airline in the Western Hemisphere and the second-oldest extant airline in the world after KLM grounded their aeroplanes and filed for Chapter 11 protection bankruptcy for the second time in its history as the aviation industry suffered a heavy blow due to COVID-19.

The Columbian airline company was founded in 1919 and certified as a 3-Star Airline for the quality of its airport, onboard product and staff service. The 101 years old airline company was already in massive debt when COVID-19 struck the world, forcing the airline to stop scheduled flights for 2 months. The situation made 20,000 employees suffer without pay scale throughout the crisis. The company was expected to emerge from the Chapter 11 bankruptcy process during 2021, but wistfully it starts 2021 with a $311 million net loss. 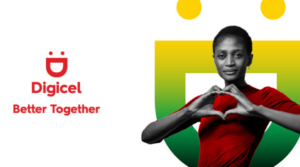 The Caribbean mobile phone network and home entertainment providing company were founded in 2001 by Irish billionaire Denis O’Brien. Digicel is a sponsor of Caribbean, Central American and Asia-Pacific sports teams, including The West Indies cricket team, which collaborated with Digicel for 13 long years from 2005-2018. The Caribbean region’s top network providing company suffered severely during the early months of the COVID-19 pandemic and filed for bankruptcy with $7.4 Billion in unsustainable debts.

Later on, in May 2020, the company announced plans to restructure its debt. The restructuring plan was approved by Digicel’s bondholders and concluded in June 2020. As part of the exchange, the founder of the company contributed $50 million in assets to Digicel, consisting of the company’s Jamaican headquarters and $25 million in cash, but all of these attempts couldn’t help the company to get back in the business as its earnings proceeded to drop deep in the black hole. 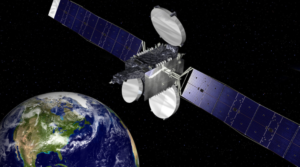 Intelsat Corporation is the world’s largest satellite service provider, which was founded in 1964. The Virginia headquartered company provides services to the BBC, 21st Century Fox, Warner Media, and the Walt Disney Company. On the verge of the new 5G spectrum auctions, the company filed for a voluntary Chapter 11 bankruptcy in US courts during the mid of May 2020, with over US$15 billion in total debt.

The company has been delisted from the New York stock exchange after filing for bankruptcy. According to a few reports, the company is anticipating restructuring to raise requisite capital to launch new satellite technology in 2022/2023, at the cost of some US$1.6 billion. Now, it’s been a year since the company is in bankruptcy, struggling to gain the support of a group of creditors to seize control of restructuring. 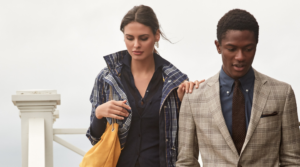 Brooks Brothers have defined the American way of dressing for success since its foundation in 1818. It is the oldest clothing retailer in the United States, producing clothing for men, women and children, and home furnishings. The company faced a dramatic low in the business during the COVID-19 pandemic as people dressed down executive/formal wear and preferred athleisure clothes with the rising of work from home culture.

The COVID-19 pandemic prompted a disturbing economic impact on the oldest ready-to-wear clothing retailer of the United States, and due to declining sales, the company filed for Chapter 11 bankruptcy in July 2020 and planned to close 51 of its 250 locations in North America. A brand development firm Authentic Brands Group and SPARC Group LLC won court approval to acquire Brooks Brothers for $325 million and agreed to continue operating at least 125 Brooks Brothers retail locations in the US and worldwide. 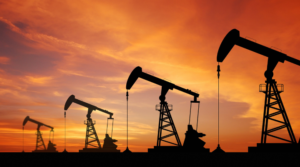 Ultra reached an influential turning point in 1996 when it bought 130,000 acres in the Rocky Mountains, and the company never looked back until 2016. Ultra Petroleum became a major victim of depressed oil and gas prices, which forced the company to file petitions in the United States Bankruptcy Court.

The Oil and natural gas drilling corporation emerged from chapter 11 in 2017 but shifted its headquarters from Houston in 2018. The company moved on from the bankruptcy chapter and generated $742 million in revenue from its natural gas operations in 2019, and soon it faced business disruption from the Covid-19 pandemic.

The oil and gas company filed for bankruptcy for the second time in 4 years on 14th May 2020, when the Natural gas prices had been at historic lows. Though the Covid-19 pandemic didn’t stop the company from bouncing back, Ultra Petroleum completed its financial restructuring by eliminating approximately $2.0 billion of indebtedness from its balance sheet, which helped the company emerge from bankruptcy. 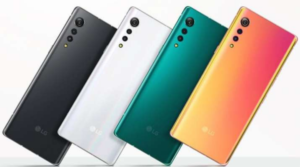 The last company that knocked our list of bankrupt companies is LG. However, LG didn’t file for any bankruptcy; it still created big news when the South Korean electronics giant withdrew itself from the market of smartphone makers. The company has been producing mobile devices since the 90s, rolled out the first capacitive touch screen phone in the market and introduced us to slow-motion video recording, failed to impress the fast-fashioned millenials and couldn’t keep up with the current pace of the technology revolution.

LG phones faced stiff competition from rival Samsung and Chinese budget brands such as Oppo and Xiaomi, resulting in occupying only 2% of sales share over the past year. The company has been figuring losses over the sale of smartphones since 2015, and in 2020, it recorded almost 4.5 billion losses, forcing them to shut down the mobile manufacturing division. The company will release its last smartphone on 31st July 2021 and continue to provide service support for already sold devices and regular software updates.

The list of bankrupt companies doesn’t end here as many other well-known companies filed for bankruptcy during the Covid-19 pandemic creating stress for their owners and leaving behind their workers jobless.