How is Social Media Affecting The Present Generation? 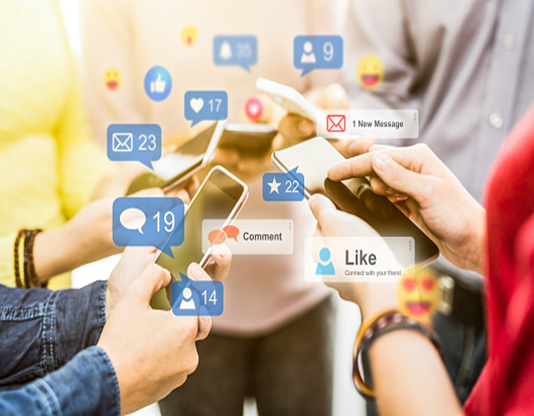 Let’s get one thing straight; We are part of a generation whose entire life is dedicated to social media, so much so that it is now hard to differentiate between the reel and the real.

It was Facebook that changed the game of how we interact with random people on the Internet. It put everybody in a simulation where people could upload their pictures and talk to each other without being physically present.

It was on this turn where people started disassociating themselves from reality. The beginning! I am actually quite appreciative of the vision and deft execution. Still, we cannot dismiss the fact that it puts everyone in a cocoon where everyone would be too discomforted and afraid to just come out of it over time.

Zuckerberg’s social juggernaut ingrained itself into the daily lives of the end-users in a way that its contemporaries like Twitter or MySpace could only imagine.

Social networking is a grey space, so we would be differentiating between the blacks and the whites. Let’s first know the advantages.

Adopted a new puppy? Wedding announcement? Birth announcement? Started dating? Graduated? Got yourself into your dream college? Just slap an Instagram post, and we all know in a second that you made it.

Another thing that social media has done well is that it has made almost everyone inclusive. Social Media has made youngsters more aware and vocal about the inequalities and injustices that surround our society. This generation refuses to accept the stereotypes and gender norms that have been served to us for ages. Since everyone can now put their opinions on a single or different platform, it gives people the confidence to be comfortable in their skin and identity.

It got convenient for people of different colours or sexuality to voice their experiences through articles or videos and gather an entire community to stand with them during those tough times. Before the introduction of social media, people would pretty much live in the closet and would be disdained for their unwanted or ‘alien’ preferences. Not saying that we are absolutely over those demons, but we have come a long way in taming them.

Social media platforms such as YouTube, Instagram, Snapchat have allowed a variety of content to be shared by people. There is literally everything on Youtube. The other day I came across a video where a person was teaching his viewers’ how to pick up a chair.’ YES! How to pick up a chair! I mean, pretty sweet and brave of him to share his talent, but this gives you enough idea why you would never run short on content with these sharing platforms around.

Social media makes our lives less dramatic if we think about it. Imagine meeting your childhood friend in your late 30s. You will be overwhelmed with all sorts of emotions seeing your friend after so long. Facebook, along with other social platforms, reduced that gap superlatively. It can be your childhood friend, college roommates who drifted away, former teachers who served as inspirations; they are all just one search away, and we are much better updated about their lives than we would have been without such platforms. Social media platforms allow us to keep people close to us that we would instead not call at any given time of the day.

Another reason why social media platforms like Facebook, Twitter, or Instagram are useful tools in today’s era is that they keep people more aware politically. With millions of websites and pages, it is nearly impossible for a politician to commit a crime or say something objectionable and get away with it without having it blogged or shared in video format.

Earlier, people would buy anything and everything that the market offered them. We presently live in a hyper-competitive market. There are so many brands offering the same set of products that it’s hard to figure out what would be the best choice for yourself. Having a platform has enabled people to voice their opinions about these brands, positively or negatively, which has compelled these brands to be more customer-centric rather than inclining more towards profits. Word-of-mouth spreads like wildfire on social media!

There are always two sides to every story. One can not go down the positive lane for long without having some thorns along the way. And when the road is so big, there are more chances of unrest. We listed some positive aspects of social media. Here are some of the negative pointers that this generation has to go through due to excessive networking.

We just talked about how we are now connected with people that we haven’t seen in ages; some school or college friends, a few teachers that we dearly admire and so on. But have you ever thought about how negatively this impacts your conversations?

Suppose you have not seen your friend for over ten years, but you have every update of his daily life through Facebook. One fine day when everyone decides to have a reunion, you would stand around and say, ‘So how did the doctor’s appointment go yesterday?’ The point is, you wouldn’t feel the same emotions and would probably lack honest conversations because you are quite used to his virtual presence.

Social media makes you sad. No, this is not something that I ‘believe’, rather it has been reported lately. The latest study by the Wall Street Journal suggested that Instagram negatively impacts mental health, body image, and more for teenagers. Thirty per cent of teen girls said that when they felt bad about their bodies, Instagram made them feel worse. Comparisons on Instagram can change how young women view and describe themselves.

The reason behind this is the process that we have been following for a long time and what has been fed to us by these platforms as a form of ‘entertainment.’ I came across a trend on Instagram a few days back, which involved people applying a filter on their faces that read, ‘This filter shows what your face would look like if it was perfect.’ And people have been using that like there’s absolutely nothing wrong with that. If you let a filter decide the ‘perfect’ for you, then it is understandable why teens doubt their beauty.

We have to understand that everyone on these social platforms posts the best side of themselves, and if they feel they don’t have that, they take the help of filters. I wouldn’t ever put up a picture of myself in dreadful clothes munching on some food like it’s my last supper, but it is much likely for me to post in a fine dine that I might regret later for spending too many bucks. These ‘good-time’ pictures impel a viewer to consider his life as an absolute train-wreck.

Allow me to make myself a little more clear. I am nowhere suggesting that one should not live their life to the fullest or do a little brag about having a lovely time. I can’t be a judge of that. But I feel that one should understand very clearly that people create a blanket on social media and hide their demons under them. The bottom line is, we all have our demons.

Now let’s hit the political part of social networking sites. People have indeed been more aware of their leaders since almost everything is on the Internet now. But do you believe what you see? Is there a possibility that you have been deceived all along? A recent report suggests so. Facebook has been under a lot of scrutinies for pushing hate speeches on its platform and not adequately curbing the misinformation and inflammatory posts.

Social media channels as big as Facebook have the potential to control what people see on their walls through well-structured algorithms. You would never know if something you see is legit or if false information is being fed to you. This leads to violence and hate between communities, races, etc., often benefitting the politicians and leaders in power.

Another snag of using social media too much is the decreasing attention span of youngsters. We are so used to swiping content continuously that anything which needs time and attention gets skipped. What was the last time you read a whole newspaper? Did you skip a big chunk of this article too? If the answer is yes, you now know why!