Mars to get a new visitor soon, from the United Arab Emirates! - Exhibit Tech
Tech 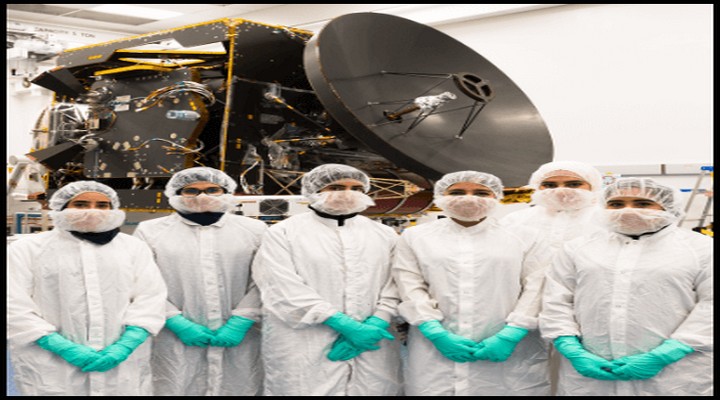 The United Arab Emirates (UAE) is gearing up to join the ranks of those few countries around the world, who have extended their reach to infinity and beyond! After six years of extensive research and development, the Middle Eastern country will launch its first interplanetary mission to Mars.

It is called the Emirates Mars Mission and the satellite will be launched on April 17, on top of a Japanese rocket. This will be the beginning of several other missions to Mars, including China’s orbiter, rover and lander launches on July 23. NASA is also in hot pursuit with its preparation to launch the Perseverance, its next rover. All these missions have a very small window of time, when  Earth and Mars come closest to one another on their orbits around the Sun. This planetary alignment only happens once every two years, so if any of these missions can’t launch this summer, they’ll have to wait until 2022 to try again.

The Emirates Mars Mission is especially important for the country, as it is viewed as a part of a celebration for the 50th anniversary of the founding of the UAE, which is in December 2021. It was first announced in 2013 by UAE Prime Minister Mohammed bin Rashid Al Maktoum, when he asked the nation’s top space engineers to pull off the ambitious space mission by 2021 to commemorate the occasion.

The spacecraft is called Hope and aims to complement other studies going on about Mars. It is expected to give scientists a clearer picture of Mars’ lower atmosphere, which will help them understand the annual weather patterns. The UAE calls Hope “Mars’ first weather satellite” since it will monitor the weather throughout the day in as many locations as possible on Mars.

With a tight budget of just $200 million, the UAE had a tough job completing Hope on its own. To overcome this, The Mohammed bin Rashid Space Centre, which built the Hope spacecraft, teamed up with the University of Colorado at Boulder — a college that’s been designing Martian instruments since the 1960s. It also received guidance from researchers at Arizona State University and the University of California, Berkeley throughout the course of the spacecraft’s development. NASA has also enabled communications with Hope for the Emirates, using its Deep Space Network (an existing network of antennas spread around the world).

The live counter for the launch of this spacecraft can be tracked on the official website of the Emirates Mars Mission. It is slated to be launched in the early morning hours on top of a Japanese H-IIA rocket out of the Tanegashima Space Center in southern Japan.