Likely launching next month in India, the OnePlus 10T has been spotted on Benchmark sites reportedly performing with the latest Snapdragon 8+ Gen 1 at the helm. Frame rates, along with operating temperature have been reported on Twitter by leaker Yogesh Brar, claiming that in the popular and graphically demanding game Genshin Impact, the newly identified OnePlus smartphone boasted 57FPS on average, at 43-46˚C on Extreme graphics settings. This is in comparison to the existing OnePlus 10 Pro which currently performs at 55FPS running at 45-49˚C. A common complaint with the 10 Pro is that the phone runs too hot. Although this is not entirely fixed, OnePlus has partially internalised this problem with the new chip. Another leaker Mukul Sharma revealed that the OnePlus 10T is currently undergoing Research and Development testing in India, revealing variants with 8GB/128GB and12GB/256GB, attesting that 150W charging is quite likely. Two supposed finishes are a Green and Grey shade, while he further confirms that the smartphone will be offered as an upper mid-range device. 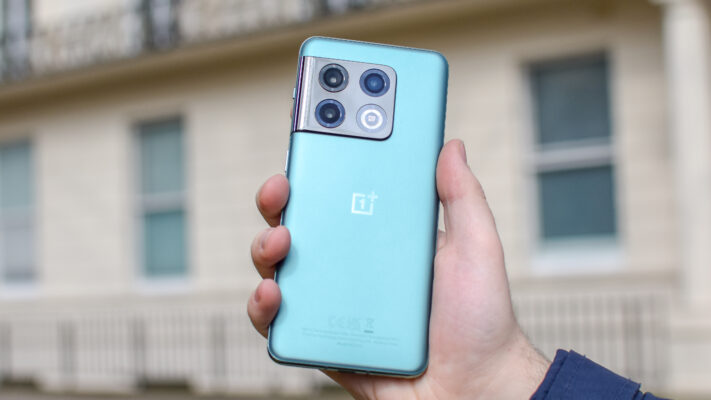 In other news, the smartphone is expected to come with a 6.7-inch FHD+ AMOLED panel with second-generation LTPO technology allowing the display to refresh between 1hz and 120hz. The phone might come with a 360hz touch sampling rate to improve responsiveness and gaming. On the back of the phone, the phone is rumoured to come with a triple camera setup yet again, with the now popular 50MP IMX766 sensor on the primary shooter, an 8MP sensor for the ultra-wide-angle lens, and a 2MP macro camera. The phone would feature anything between 4500-5000mAh battery as there is no real clarification on the same.