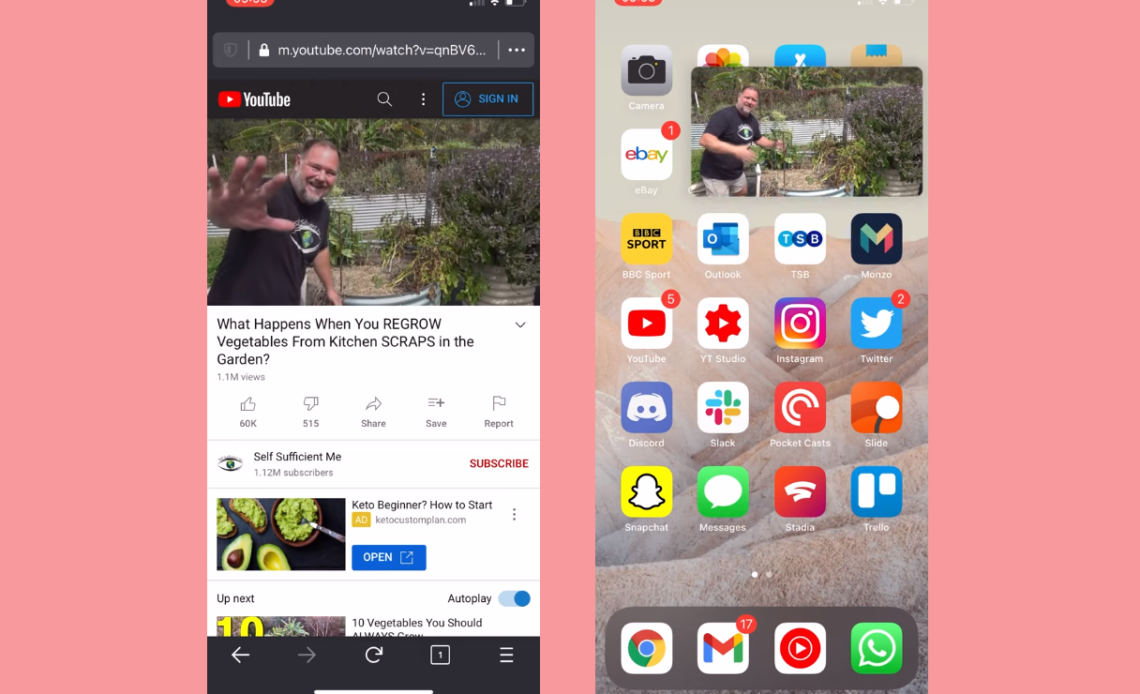 Though Youtube has supported a picture-in-picture viewing feature on Android since 2018, YouTube plans to release the feature for iOS users on both iPhone and iPad.

A picture-in-picture feature allows users to run a video in a small window while using the rest of the screen for other work.

Currently, YouTube gives this feature to the premium members, which lets users watch picture-in-picture videos in a mini player while browsing other apps. The testing period for Premium users ends on October 31, but YouTube did not share a timeline for when all U.S. iOS users will gain access to the picture-in-picture feature.

The particular feature was announced in June for iOS users. However, the company has not mentioned if the feature will always be limited to YouTube Premium members or non-paying members. The company claimed that the feature would remain active until October 31.

To make video work in Picture-in-Picture mode, YouTube Premium members on iOS will need to either click on the home button or swipe up in case of newer iPhones, which will automatically start the video in PiP mode.

If you scroll down on the experiment’s website, you’ll see “Picture-in picture on iOS”, with the option to try it. Then, if you watch a video on the YouTube app, you should see a picture-in-picture display of the video when you navigate out of the app.

While using this feature, you can also adjust where the video appears on your screen and its size. Once you tap on the video, you’ll return to the YouTube app. If you lock your phone, the video will pause.

Some users have reported that to make the feature work on your phone, you might need to delete and reinstall the YouTube app on your phone.