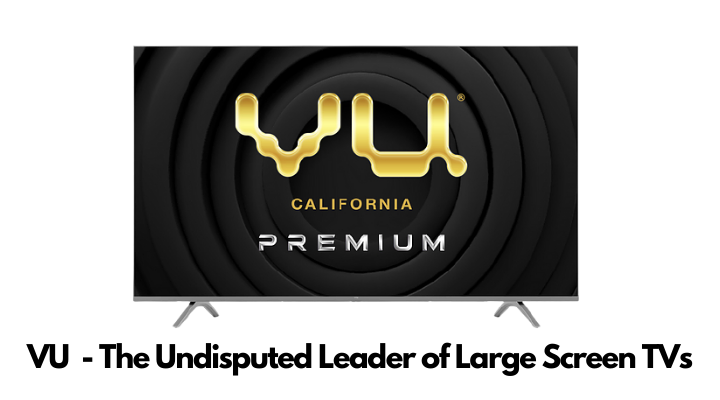 Vu Televisions continues to dominate India’s Luxury TV market as it once again becomes the highest-selling TV brand at Flipkart’s Big Billion Days sale. Riding high on this success and ushering in the festive season, Vu has introduced an upgraded line of its most popular luxury TVs.

Over the last few years, Vu has experienced an incredible response from customers in India, with a large-screen Vu TV being bought every 19 seconds on Flipkart since the beginning of its Big Billion Days sale. With a response nearly 4 times faster than other big premium brands (Sony, LG, and Samsung), Vu Televisions has come out on top as the largest selling TV brand in the 55″ or larger category for the 7th year in a row. 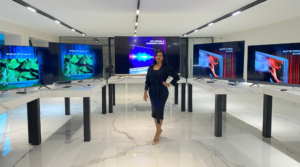 Vu Televisions continues to innovate with a slew of updated features across its range of large-screen luxury televisions with such exceptional market performance. With this new range, Vu introduces: 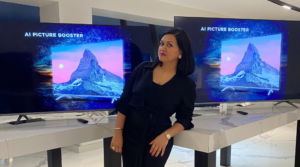 Commenting on the launch, Devita Saraf, Chairman and CEO, The Vu Group, said, “Vu’s continued success is a clear reflection of the fact that Indian customers are truly intelligent buyers who don’t opt for the lowest costing TV and are willing to pay the right price for quality brands. Audiences today are much more discerning and are looking for better experiences from both the products as well as the brand. And with the response we’ve seen so far, it is safe to say that Vu Televisions has hit the mark on both counts. Also, the fact that more than 80% of the customers who purchased Vu TVs were returning customers or recommended to do so by a friend, shows how a good product speaks for itself.”

The festive season product range includes; the incredibly successful range – Vu Premium TV (in 65″, 55″ and 43″) that now has a set of upgradable features, as well as the Vu Cinema TV Action Series (in 65″, 55″ and 50″) in an all-new avatar. The crown jewel of the Vu portfolio, The Vu Masterpiece QLED TV (85″), will also be a part of the festive range and will feature its signature Armani Gold colour finish along with an in-built home theatre.

Price is Right? The most expensive TVs to buy