When Apple added the tagline, “Oh. So. Pro.” under the iPhone 13 Pro Max, to attract consumers, we had no choice but to believe in the company and wait till the launch. When the phone arrived at our office for a review, we realized what Apple said about the iPhone 13 Pro Max was absolutely true as it is the best iPhone ever and features the best camera update along with the best battery life ever on iPhones.

Before moving ahead with the top 5 elements of the iPhone 13 Pro Max, lets first take a look at the common smartphone buying scenario, you’ll find there are three kinds of smartphone buyers in the world now, one who has an iPhone 11 series or before that, the second one who has bought iPhone 12 Pro Max in October 2020 when it was launched and the last ones are Android users who have been forever wanting to switch to apple but haven’t moved to the ship yet. 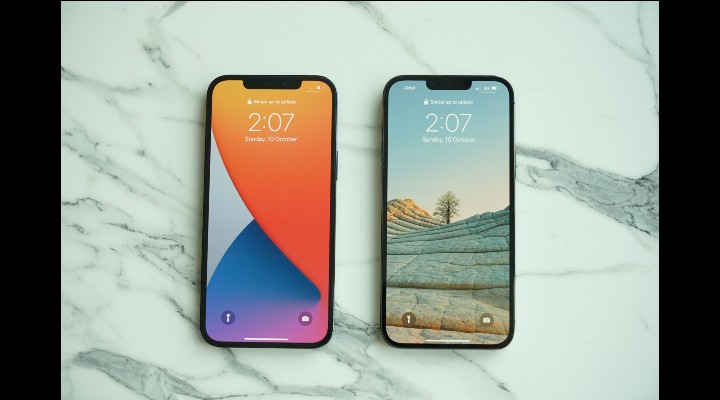 Now, if you’re the first type of buyer, I would recommend you go for iPhone 13 Pro Max as it’s the best one in the market, worth every penny and you will get a completely updated smartphone which you won’t have to change for another 3-4 years unless Apple drops foldable screen, obliterates notch and adds a fingerprint scanner. Well, these are the three things that I am personally looking forward to but if you have the money buy it now.

If you’re the second type of buyer who has already drilled a hole in a wallet with the iPhone 12 Pro Max, then stay put and be prepared to live your life without the features such as Pro-Motion, Cinematic Mode, Bigger Battery, and 120Hz refresh rate. And for the last type of buyers, switching from Android to Apple is a never-ending journey as the only similarity between the two is the first alphabet of their names. Unfortunately, even in iPhone 13 lineup, you can’t see your battery percentage without pulling down the control center, but all 2021 iPhones come with increased battery capacity, and in the case of the iPhone 13 Pro Max’ battery life, it has a 4352 mAh battery, about 18% more than its predecessor iPhone 12 Pro Max, which has 3687 mAh of battery capacity.

This is a huge upgrade and the gigantic battery can last long for a day at least. When I was on a business trip to Pondicherry, I watched a movie in Full HD resolution on the 13 Pro Max from 6 AM to 9 AM during my flight. Later on, I used the GPS from Chennai to Pondicherry, clicked a few photos during halts, made videos for the gram, and still, at the end of the day, by 10 PM, it had some juice left for me, which is simply incredible and ensures it has the most optimized battery ever in a smartphone today. 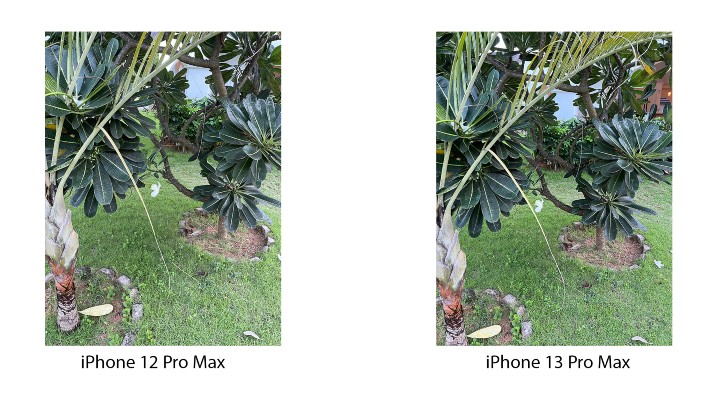 The camera system in iPhone 13 Pro and iPhone 13 Pro Max is identical, and you don’t have to buy the most expensive phone in the lineup to get the best photos. The camera on the iPhone 13 Pro device is advertised as the biggest advancement ever as it offers the Pro-Motion and Cinematic Mode Experience. In terms of camera comparison of the 12 Pro Max and 13 Pro Max, it’s a one-sided game, and discussing it is a complete waste of time. 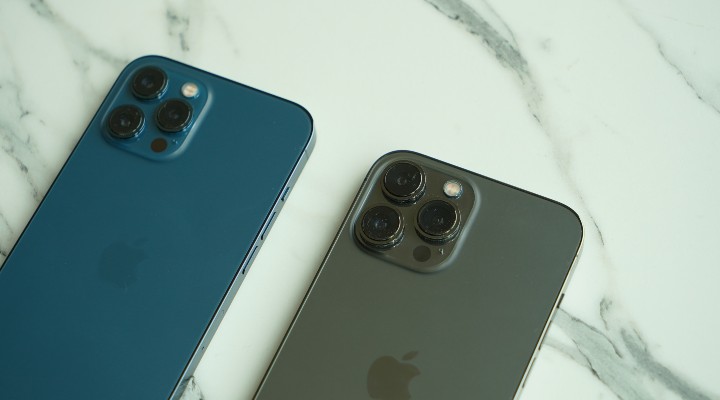 With the launch of the 13 Pro Max, Apple dropped the best camera smartphone ever. Apple has added improved low-light capability and Night Mode to all three 12MP sensors on the rear of the Pro Max, and the company has also added a feature of a nifty macro photography mode to the phone for a better camera experience. The feature helps the handset shift automatically to an ultrawide camera when you get close to objects, and the effects are stellar. 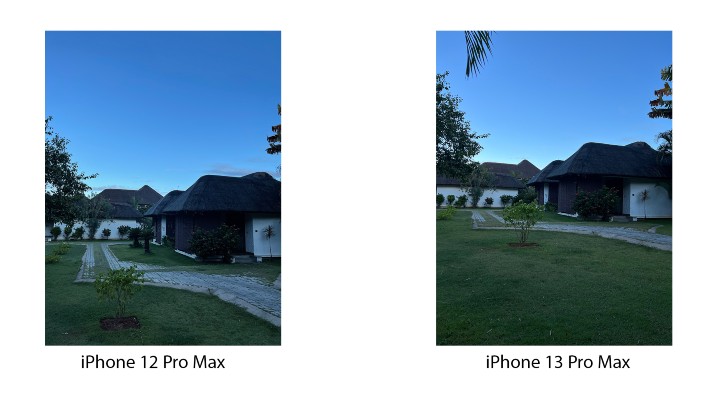 Since the iPhone 13 Pro Max saves the videos raw, the depth map and the defined focus point stand separate, allowing the video’s focus to be edited afterward not only on the iPhone 13 itself but also on other devices. Currently, Cinematic Mode is available only for the wide-angle, telephoto cameras on the back and the selfie camera. 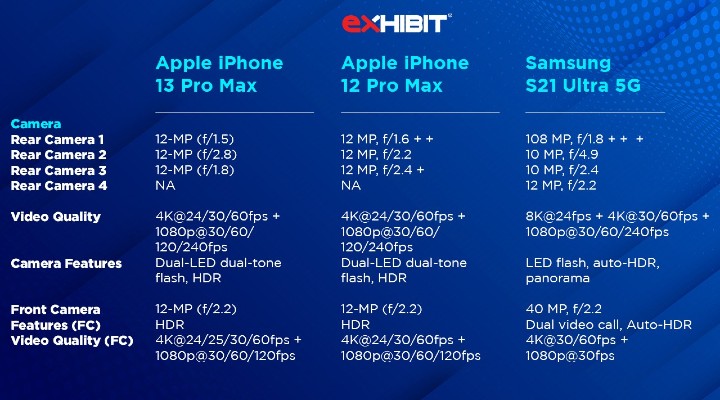 iPhone 13 Pro Max’s chipset A15 Bionic blows the door off of Android phones as it is extremely fast and gives the phone the title of the world’s fastest phone. The 12 Pro Max has an A14 Bionic, and you’ll know the actual difference between A14 and A15 when you are multitasking and gaming. The new 6-core CPU in the A15 chip is 20-50 % faster than most smartphones, including A14 and snapdragon 888. A15 can process 15.8 trillion operations per second, roughly about 40% more capable than the A14’s 11 trillion operations per second.

One of the fascinating features of the 2021 iPhones is the Cinematic Mode, which is a total game-changer. Cinematic Mode is basically Portrait Mode, but for video. This mode applies a depth-of-field effect that keeps the focus point of your video sharp while creating a beautifully blurred foreground and background. It also mimics professional videography techniques by adding on-the-fly depth of field effects to recognized subjects. Software algorithms are used to detect and focus on people, pets, and objects, which are made to stand out against blurred backgrounds. With Cinematic Mode, Apple has changed the battlefield where, along with smartphones, even purebred imaging companies like Nikon, Canon, Fujifilm should begin to worry.

Let me try to explain this – Depth of the field in cinematic mode is an illusion, digital illusion rather. When you film, everything is in focus before the computer separates what it perceives as the foreground, background, and everything in between. Now you can decide whether or not to upgrade from the 12 pro max. 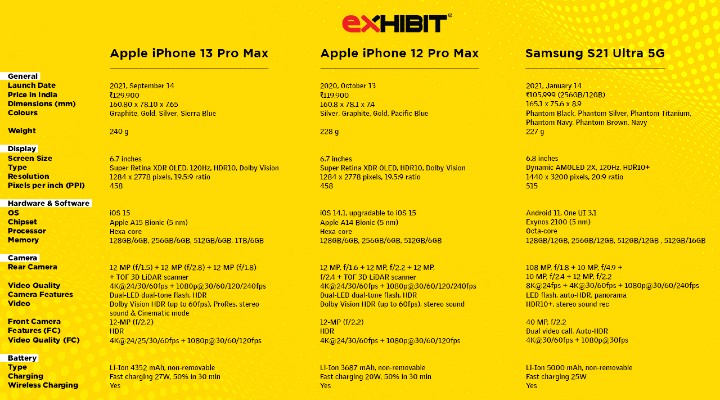 Now let’s address the Third Android type – If you are wondering then let me tell you that the closest phone which comes to the 13pro max is still the Samsung S21ultra 5G.