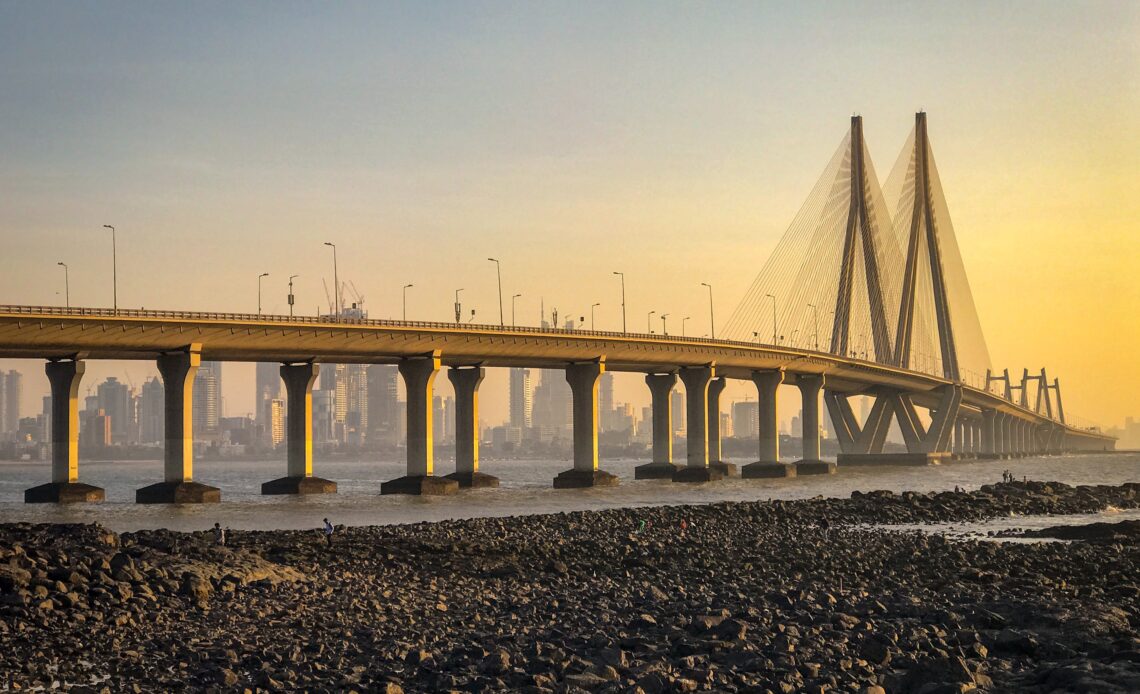 They say good times start with a few bad ones. Or at least this is what I was made to believe when I first came to Bombay. My mom packed everything she could think of as a necessity, including the jar full of mango pickles stuffed safely inside my luggage, heavy enough to transcend the 15Kg limit set by the airlines. I would never in two worlds pay another thousand for an extra kilo. So I picked out a few books, strange cases, and some fondest memories of Allahabad, wrapped them around my arms, gasped, and braced myself for a new journey.

The first thing I realized on my way to the town from the airport was that you could not take an autorickshaw down south. Only ‘kaali-peeli’, or black and yellow taxis as we call them, had that privilege. The next thing I realized was that I was heavily over-charged for my trip. All these years of being street-smart didn’t help, and I believe it had something to do with my school of thought that ‘well, it is Bombay! It is supposed to be expensive.’

How would I have known back then that Mumbai serves everyone, sometimes unfairly, but certainly! It is that one busy local train everyone wishes to get a seat on. Somedays, you’ll get lucky; other times, you will have to push your way through the crowd. Even if you miss it, you know you have the next train coming. Such is Bombay!

I sometimes wonder why I like Bombay with all my heart. I have worked, studied, and travelled in quite a few cities, but none has made me tear up with pain and joy like Mumbai. The initial days were good. I was studying in one of the most prestigious colleges, staying at a busy location of Fort, and made friends I knew would stay. Coming from a small town, I have always heard how magnificent the shores of Mumbai were, how the sea can devour you whole like a setting sun, only to give you a new life. Now, it was time to believe.

It was not just the gusting wind and the silence of the screaming sea that caressed my soul gently. I believe it had something to do with the architecture, the old Iranian cafes, shady bars, and art galleries. The geometric patterns, maritime elements, the rounded balconies, and the obsession with symmetries on buildings and structures transport you to a different era. This part of the city is all art! In fact, Mumbai has the most Art Deco buildings after Miami city. The structures in Mumbai had global influences- from Egypt to Persia with a bit of Indian symbolism. The British-era Gothic structures reflected the local urbanization and international outlook. While post-Independence Mumbai failed to keep up with the structure’s aesthetics, the Government and the people have done a pretty good job preserving it.

The other night I was scrolling through my Instagram feed, and I stumbled upon a video where a government official held a ‘karaoke morning’ at Bandstand to motivate people to take a walk and stay fit. Everyone sang and danced to the tune, and I almost believed India wasn’t going through a political and social crisis. Halfway through this article, you must wonder why I am not talking about the culture as I promised in the title. Well, the culture is subtle and speaks to you without you knowing, and in no time, that conversation takes over your whole personality.

Sometimes people ask me how I find Bombay, and I freeze, trying to remember everything this city has made me go through. Out of everything, I admire the cultural shift it has brought. The

culture is on full display across the city. The most important of it all is the theatre culture. I have participated in theatre fests in a few cities like Allahabad and Delhi, but while it was a good experience, Mumbai felt like I was made for this. Almost every weekend, I would dress up nicely, visit Prithvi Theatre, and see the artists performing live in front of the audience. What surprised me the most was that the tickets were expensive and the shows would still go housefull. A perfect place where you could feel the art present in the atmosphere while you enjoy a cup of Prithvi’s special chai.

Did you miss the part where I said I dress up nicely before hitting the theatre? That’s almost true anywhere I go in Mumbai. This city loves dressing up at its best. The western culture is so strong here that you can see people with their best drip still looking casual. Mumbai is casually loud yet sophisticated in the sense of fashion. While I have seen Delhi making a lot of effort to dress up, Mumbai is inherently relaxed and casual while slaying it all the way through. There is something intrinsically chilled about Mumbai. This might be coming from my bias, which is solely my opinion, but people here are happy with who and what they are, and it shows. Delhi seems to be trying too hard to present a new side of them without being comfortable.

The hustle culture is strong in Bombay. Remember how I said earlier that Mumbai is that one busy local train? You cannot stand still in front of the local train while people are ready to board. You’ll be pushed into the front. That’s how fast this city moves. Often, it gets overwhelming for a person like me just to keep going at this pace, but it inspires me and increases my appetite for greatness. Many of the time, while talking to rickshaw wallas and fellow actors, they would say that you get what you want from this city if you ask hard enough. I guess that’s what keeps the humans here going.

Mumbai is rich; in heritage, culture, people, food, music, and experiences. Often the city shows a contrasting picture of the economic state of the people, but it is bound to happen anywhere in the world. The good part, however, is that Bombay makes you her own like you were always a part of this city.