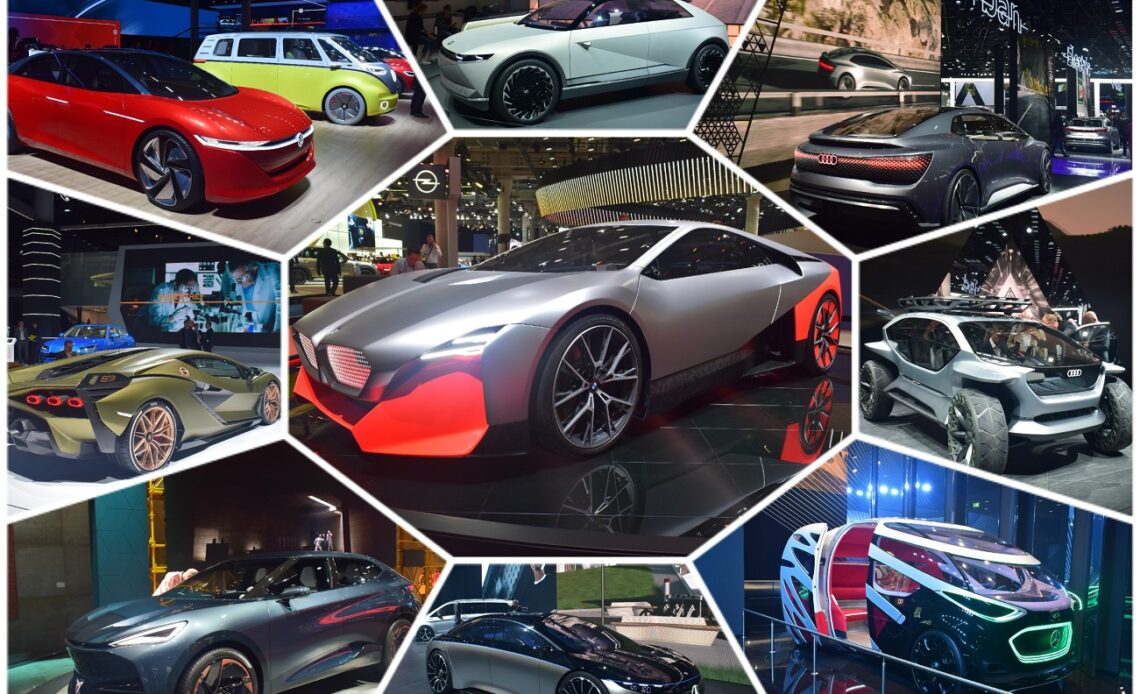 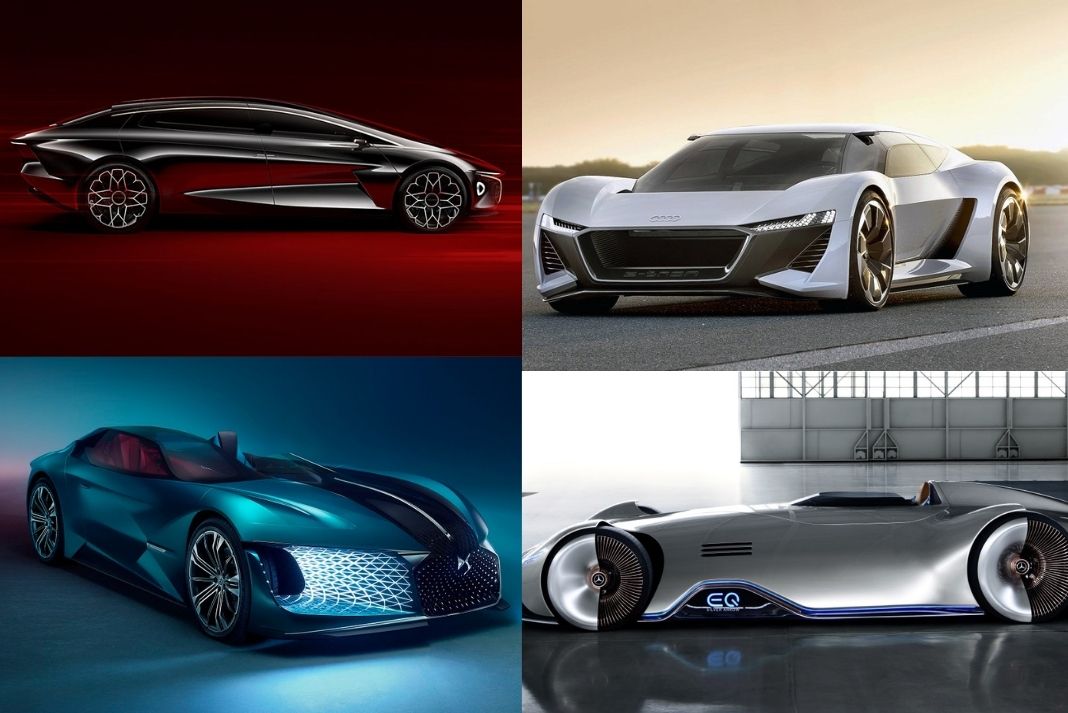 Concept cars are alluring. They not only give us a sneak-peek of the future of car brands, but they even give designers the very opportunity to unleash their creativity, giving us some jaw-dropping automotive marvels. Due to the countless and never ending regulations, however, production models often look significantly different than the prototypes we spot at car shows.

That said, every now and then we witness concepts that actually come true with a design very close or sometimes identical to the intended. Hereès a list of 10 well known concept cars that made their way into reality. 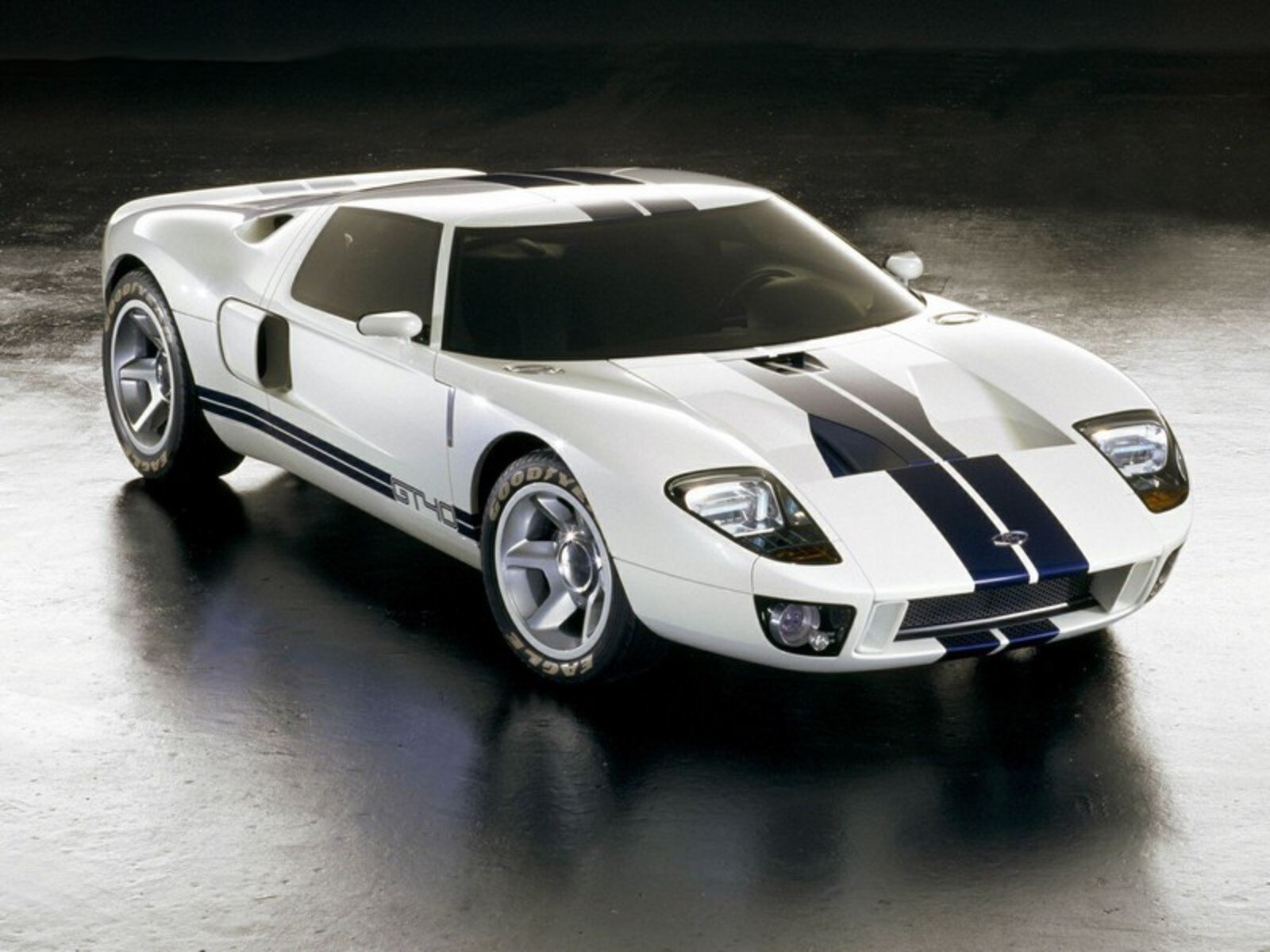 The Ford GT-40 has been a legendary piece of machinery. It was intentionally built to defeat Ferrari at the 24 Hours of Le Mans. And it did defeat Ferrari, taking four wins consecutively.

Ford took almost fifty years to revive the legend until finally, in 2002 it managed to do so. That year, at the Detroit Auto Show (USA), Ford came up with a modern supercar killer. Design-wise, the 2002 GT-40 Concept was an exact copy of the original 1960s legendary model. In 2003 production version dropped the “40” from its name. 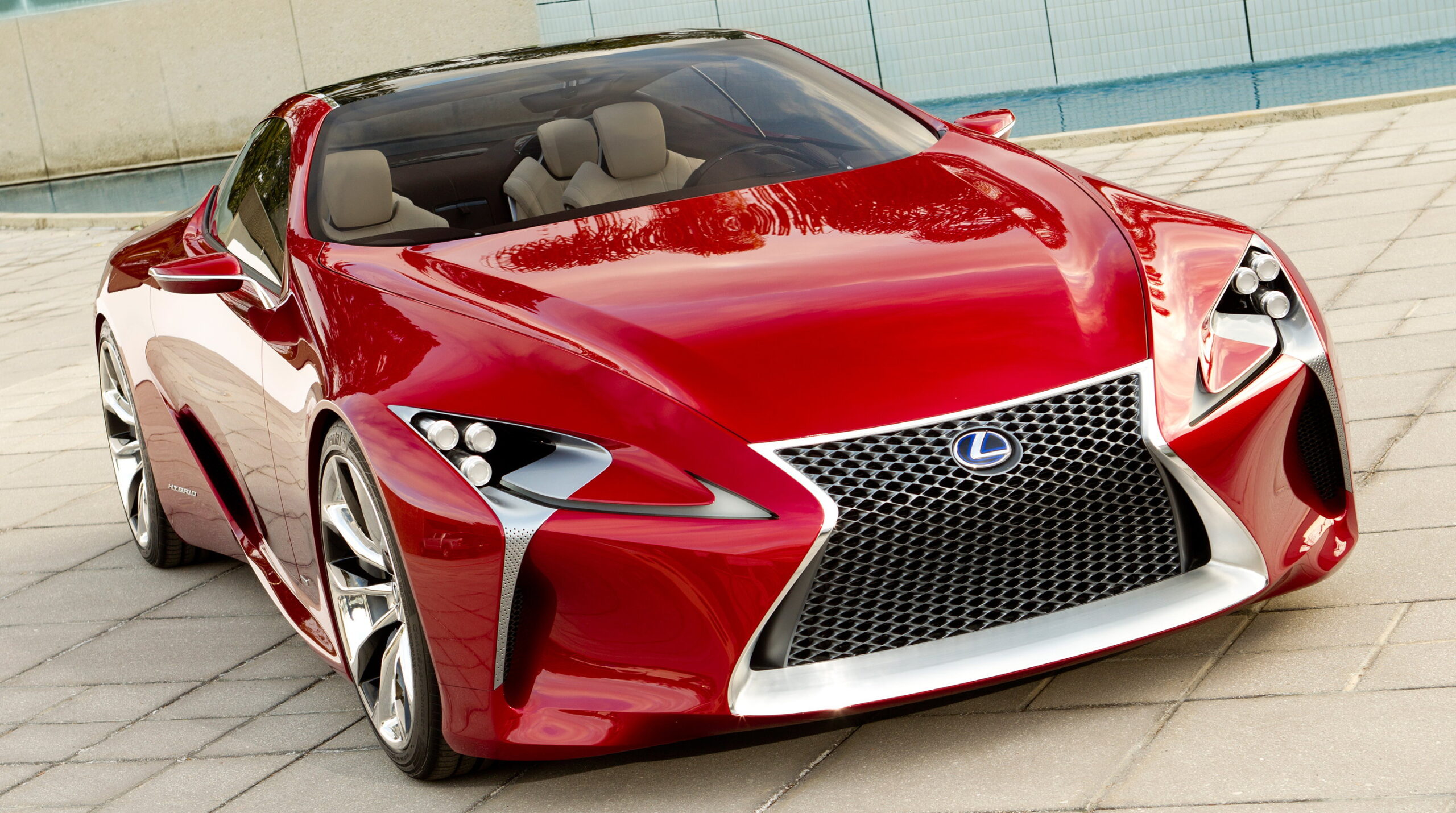 Toyota and Lexus rarely get a car that closely resembles the concept because of the over-dramatic lookers they are portrayed to be. When Lexus introduced its future production of a gran-tourer made on the 2012 LF-LC, people were shocked.

Instead of going for a more covert look, Lexus simply copied the concept car into production, as it was. The production vehicle ended up looking incredibly magnificent and sophisticated that it was often compared to cars like the Aston Martin DB-11. And don’t forget the amazing 5.0-liter naturally-aspirated V-8 with 470 horsepower. Pure symphony! 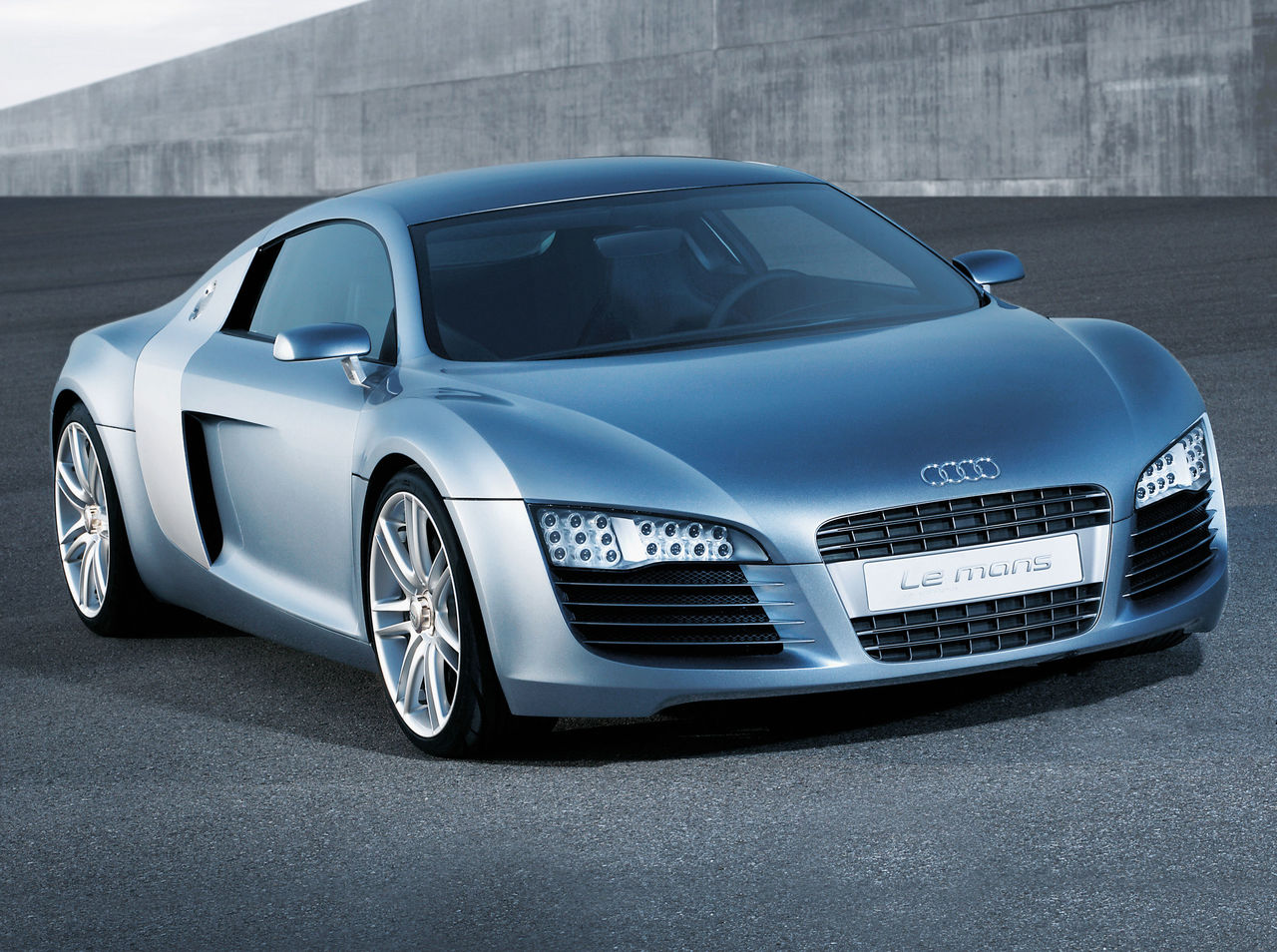 Things started changing in the mid-2000s, after Audi announced that they were going to bring a mid-engine sports car. . It was meant to commemorate the manufacturer’s 3 consecutive wins in the world endurance race. Its study led to the creation of the Audi R8, which looked exactly the same. It even retained the Quattro all-wheel-drive system. 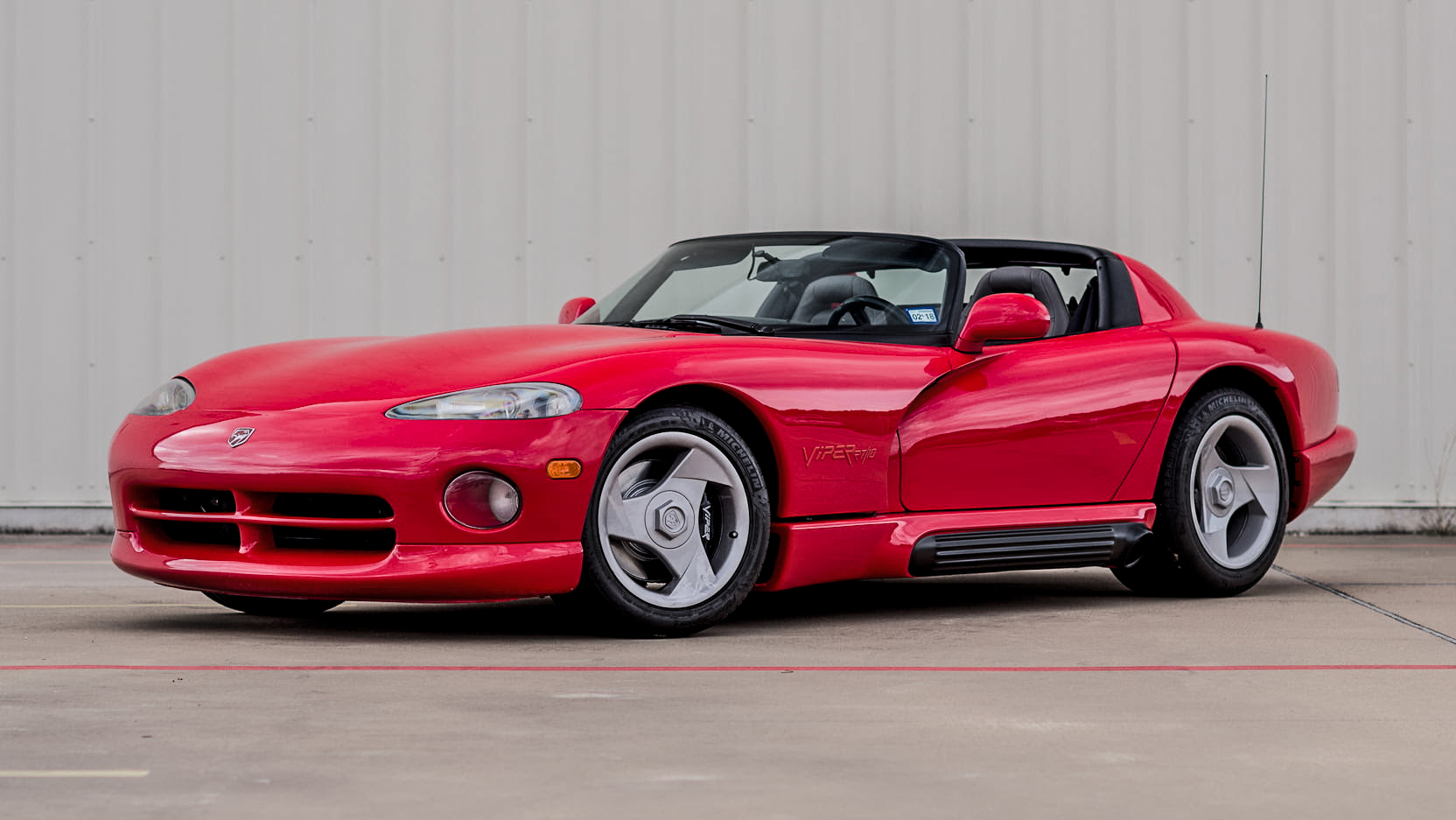 Back in the 1980s, Bob Lutz, Lee Iacocca, and later Carol Shelby had collaborated in order to produce what is known as one of the most brutal American sports cars ever conceived – the Dodge Viper. The primary idea was to capture the spirit of the Shelby Cobra and recreate it using the 90s technology. Big engine, manual gearbox, and lightweight.

A stunning roadster was unveiled at the 1989 Detroit Auto Show. This concept featured a 5.9-liter V-8, as the V-10 was still under development. It would have eventually evolved into the first generation of the Dodge Viper RT-10, while retaining all the original design elements. 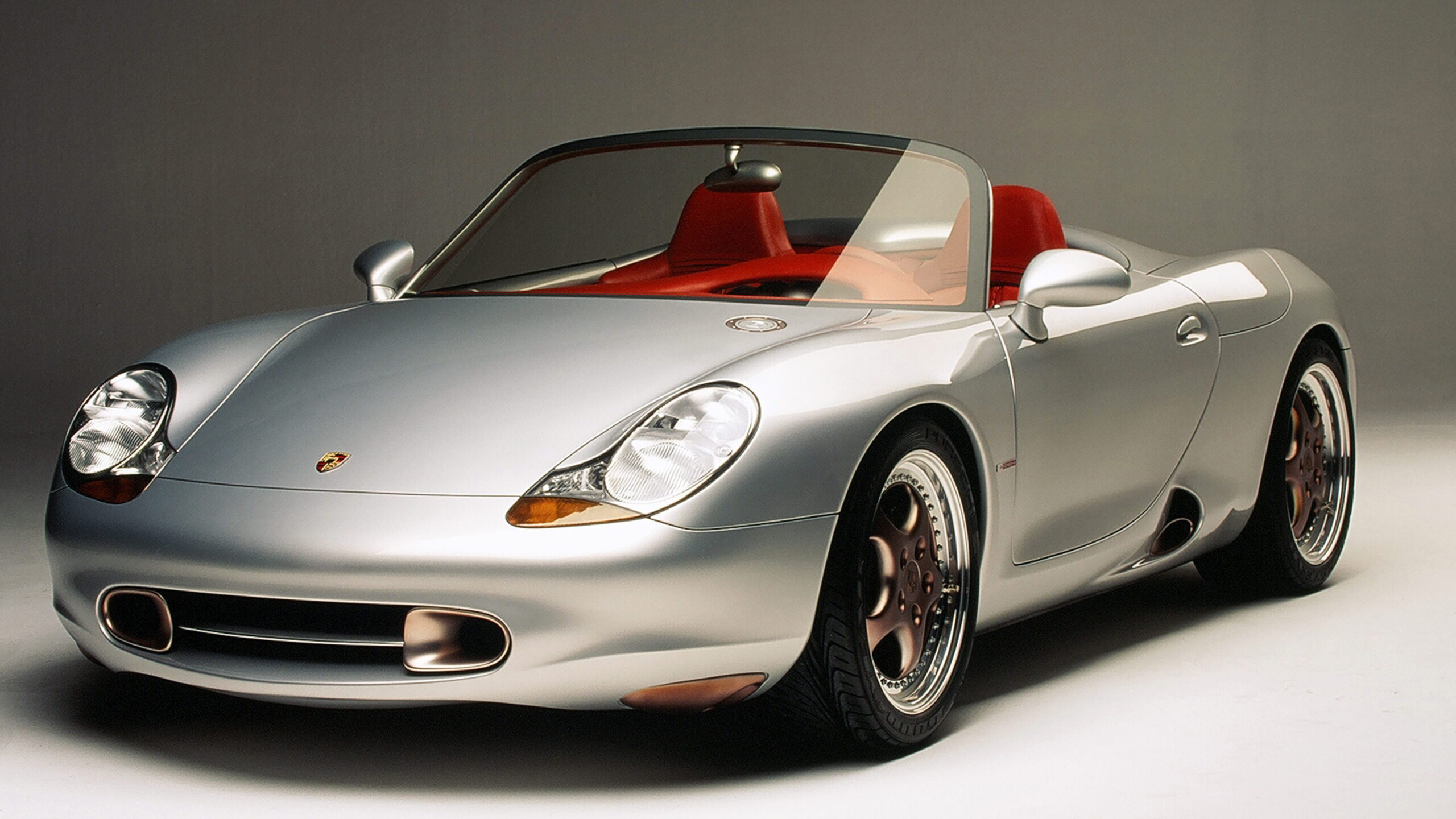 Despite all its colorful portfolio, Porsche wasn’t doing so great back in the 1990s. Even with the brand having the rear-engined 911 and front-engine 944, 928, and 968 models, they fell short of a compact mid-engine model. The Boxster Concept was introduced back in 1993, and despite its modern design, it called back to the 550 Spyder.

The production version which followed adopted the design of the concept, without any significant changes. Its name “Boxster” came from the boxer engine in the car, and the fact it was a roadster. The “Baby Porsche” name came in the nick of time. 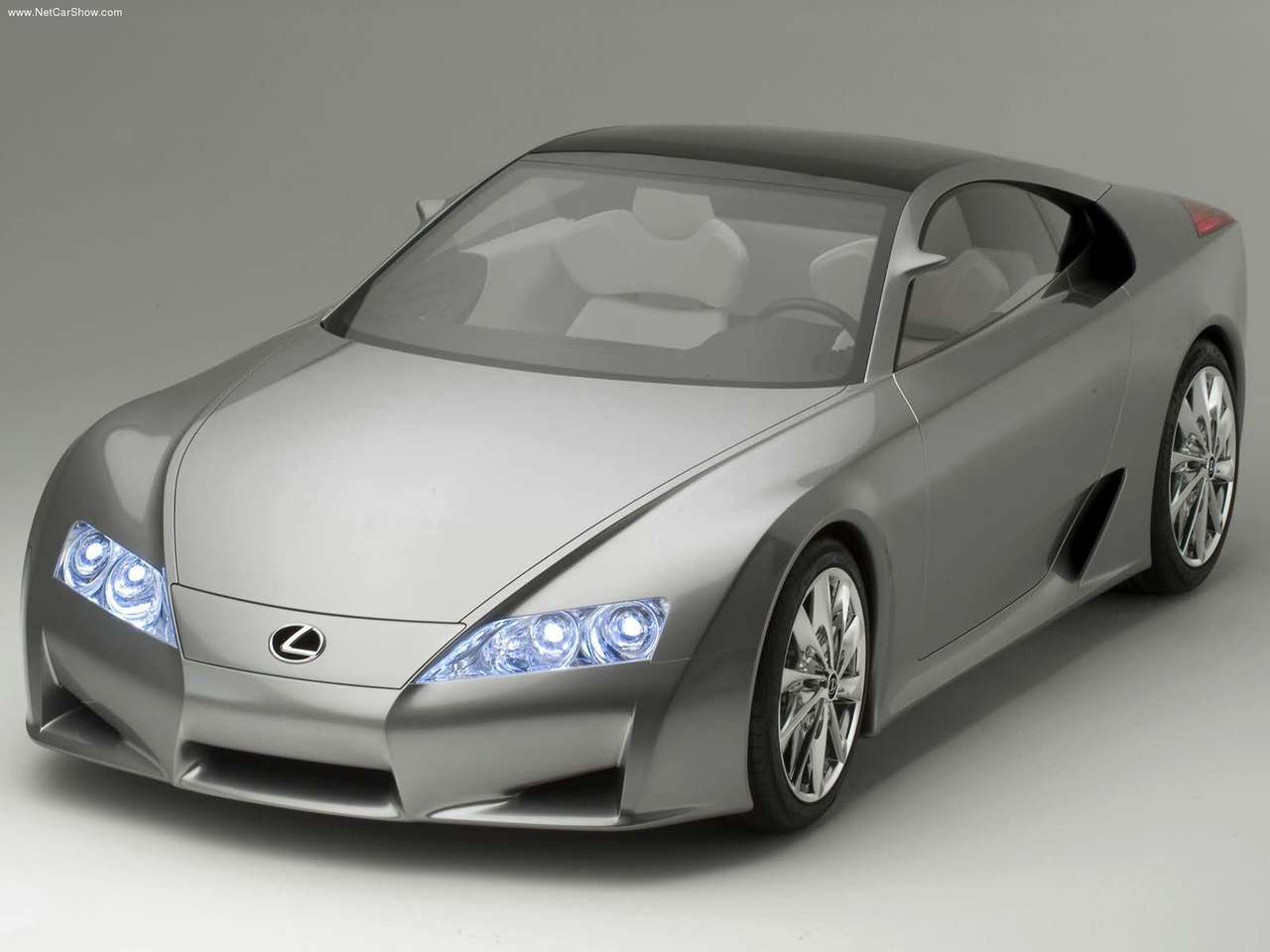 Probably the modern-day supercar that took the longest time into development. Toyota wanted to tighten the pants in the racing segment when Lexus stepped up to the challenge. A special team of engineers was hand-picked and a unique facility was created, where this exceptional car would be produced. Its prototypes were also spotted testing as early as in 2005.

Mid-way through its development process, it was decided that the chassis had to be carbon fiber and not aluminum. Regardless of which, what came up was a Japanese supercar like no one had seen before. Although the concept was radical, the production spec LFA looked even better, while retaining the same futuristic design language. Adding to that, its 552-horsepower naturally-aspirated high-revving V-10 engine is the talk of legends. 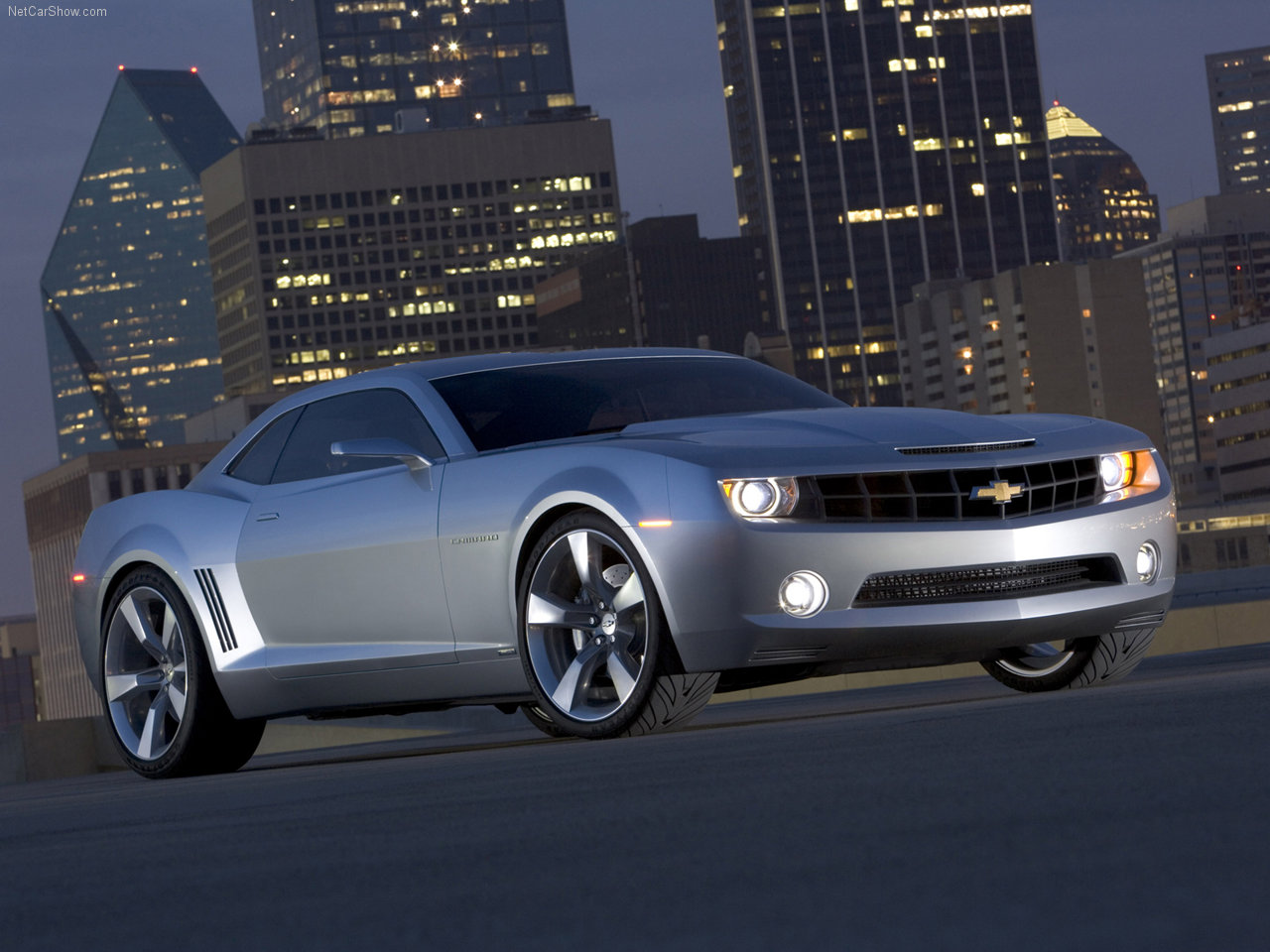 In the early 2000s, American manufacturers had started implementing the retro-futuristic design ideology, and to recreate the 1960s glory of the muscle car era. Most stunning concept car was the 2006 Camaro. Both exterior and interior were incredible and it was an obvious throwback to the 1960s classic scene. The car also got fame as it was also featured in the 2007 Transformers movie and instantly became recognizable as the yellow “Bumblebee”.

Luckily, they settled to have the design as it was for the production version. The design of the fifth-gen Camaro became so popular that even a couple of tuning companies offered to bring back some of its elements from the concept as we know of. It included the exhaust tip, which mimicked the shape of the taillights. Even the production model also kept the engine – a 6.0-liter V-8, later replaced by a 6.2-liter. 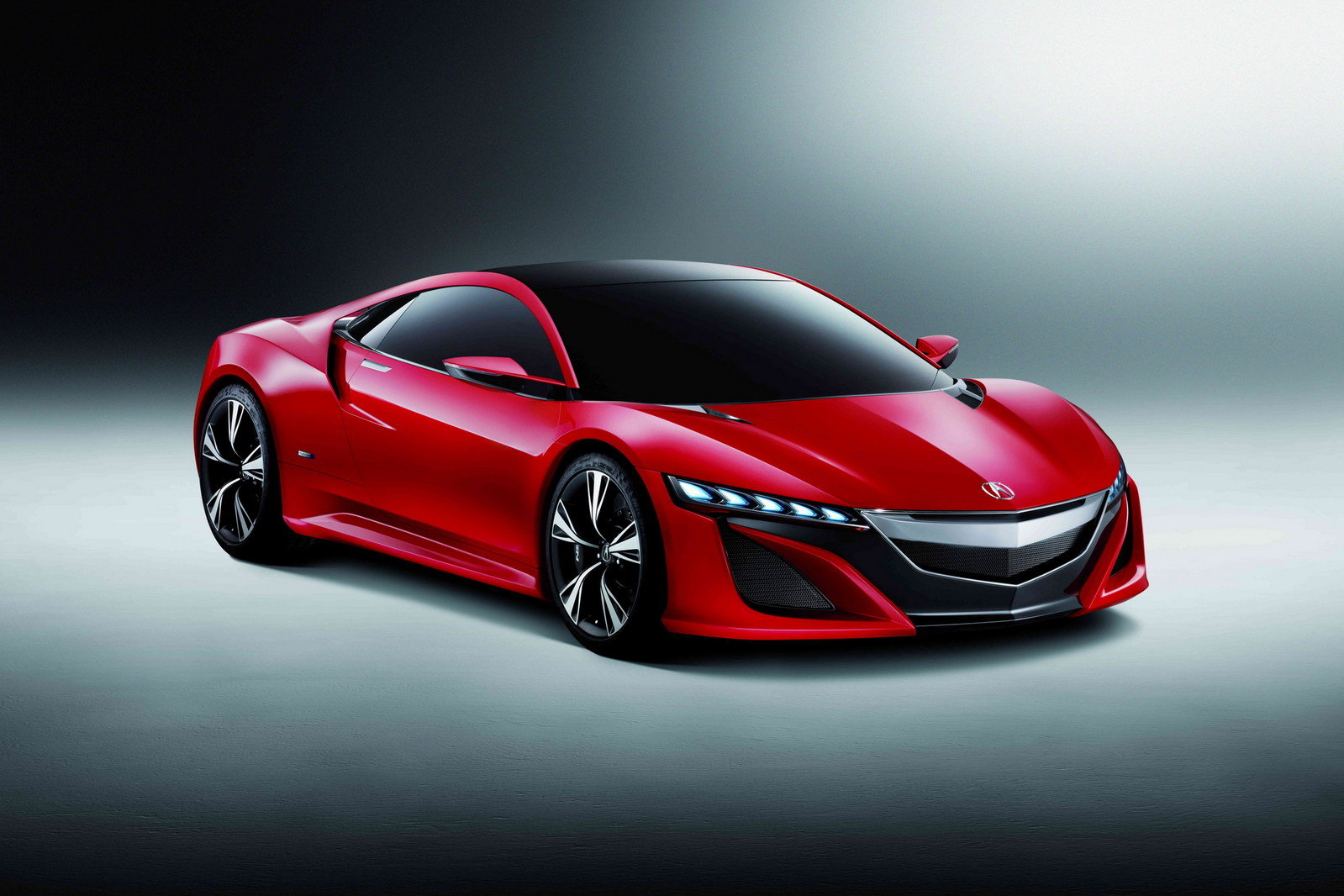 The 2012 NSX Concept might not have been far from Honda’s original perception of a successor to its original 1990s sports car, but there is no denying the fact that it looks amazing. The production-spec vehicle looked exactly the same as the 2012 concept car. Featuring Acura’s SH-AWD system and a 3.5-liter V-6 which all-together with 3 electric motors produces 573 horsepower and 476 pound-feet of torque (645 Nm). All of this was mated to a nine-speed dual-clutch-automatic. 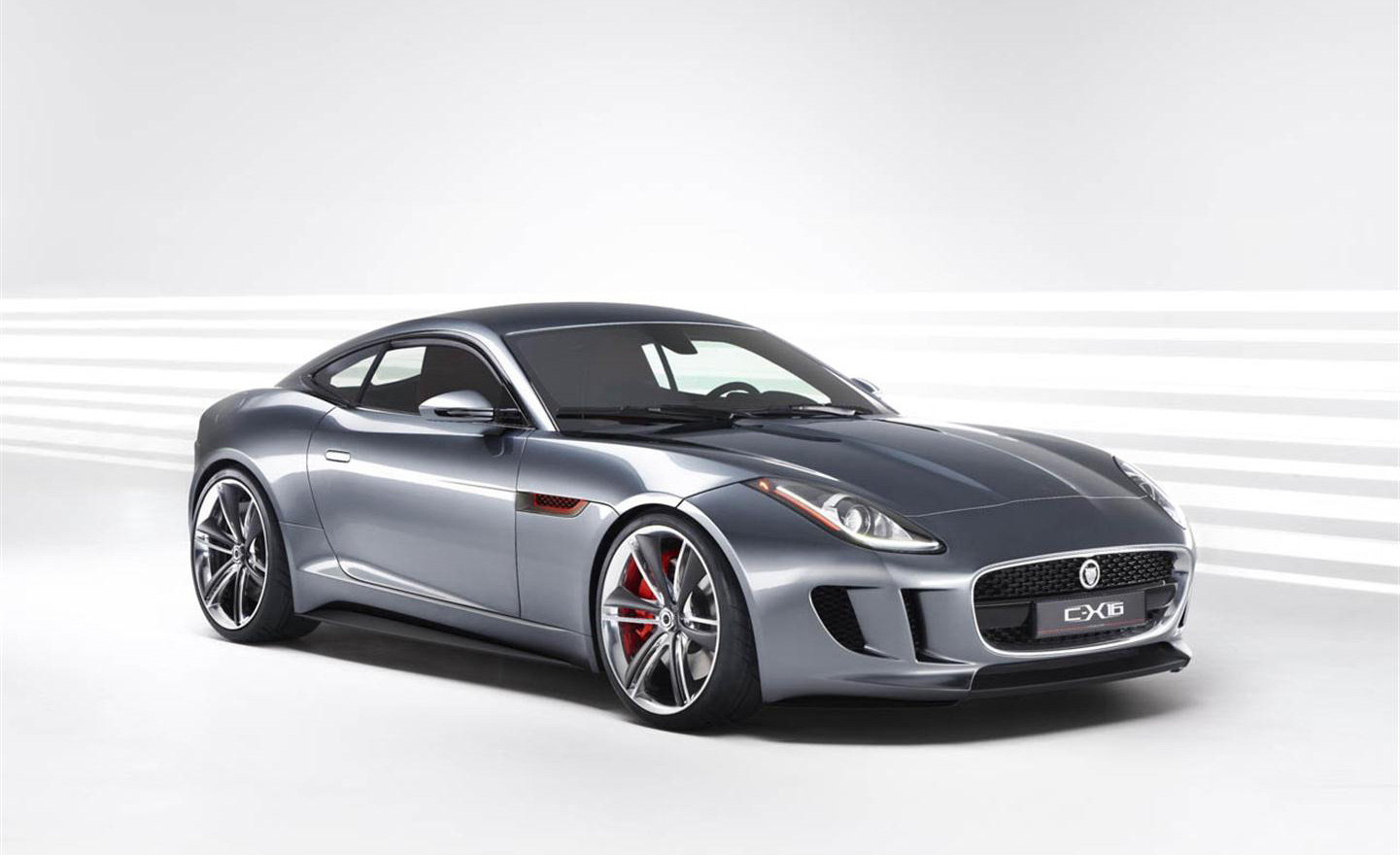 The Coventry-based(UK) British carmaker is known for its heritage and clinching on to its legendary history. However, Jaguar started getting bolder and dynamic around the late 2000s and started giving us some bold Bond-like styling and more modern day technology. One of the cars which was ideated, came as the C-X16 Concept. This, when Jaguar also decided to make a spiritual successor to one of their most iconic car which was the 1960’s E-type.

Although the clamshell front hood was dropped, the car screamed modern-day E-Type from every angle. Luckily, the exact same design, courtesy of Ian Callum, made it into production, making the F-type one of the most gorgeous looking cars of our time. 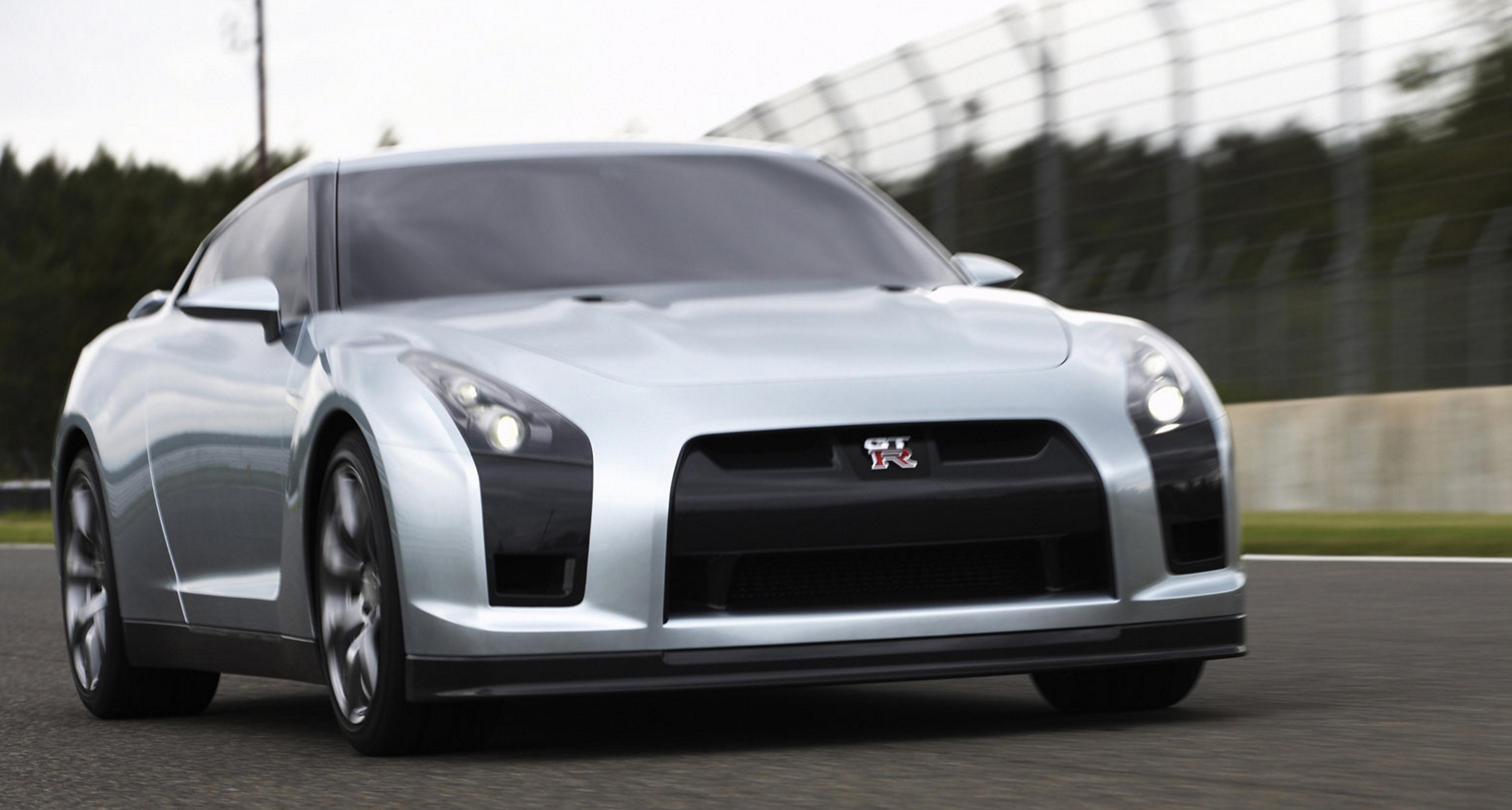 In 2005 one thing was certain that a new Godzilla was on its way. At that time, the Tokyo Motor Show unveiled the GTR Prototype which showed the potential futuristic design of the Supercar slayer. The design was nothing less than groundbreaking, as it was a long too far away from the boxy forms of the older R34. At the same time, the concept retained the signature for the model four’s twin round tail lights setup, which in one form or another were featured on all generations before it. The design was more functional than radical, although it still gave the car immense dynamic presence. With the exception of two small vents on the front bumper, which were connected to the headlights via carbon-fiber trim pieces, the production version R35 looked identical to the concept.