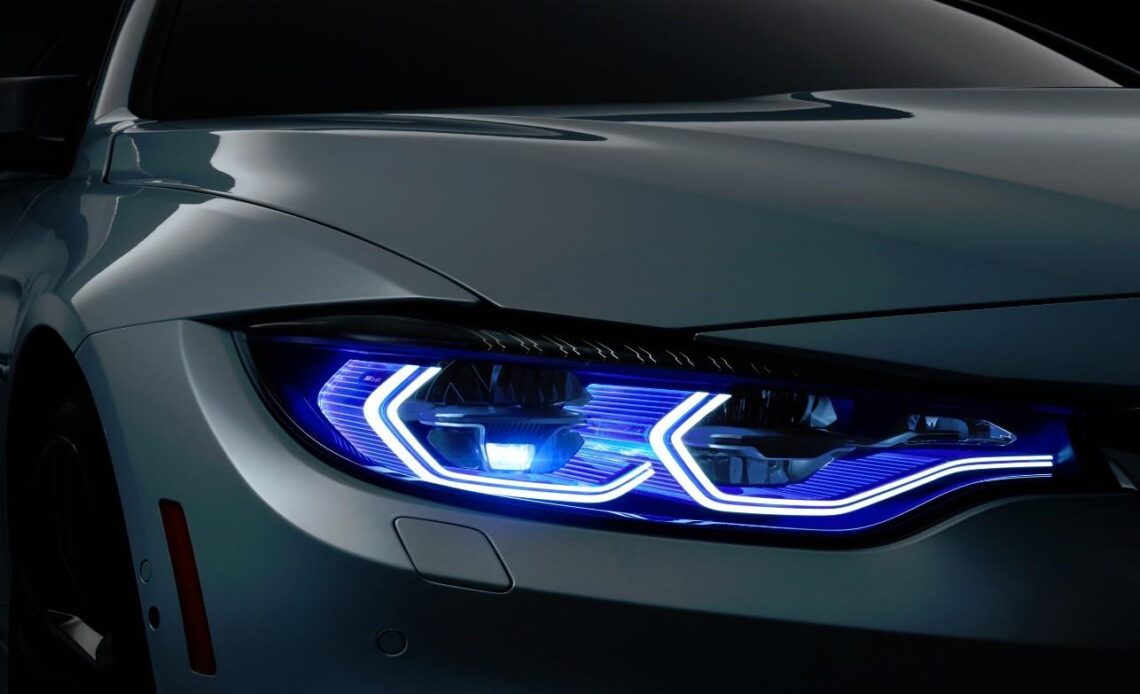 We throw some light on the purpose of various kinds of headlights and know how they perform. In order to keep safe behind the wheel, a driver must remain attentive at all times, constantly taking note of their surroundings. While this tends to be a rather straightforward affair when driving during the day, the main complications tend to arise as the sun sets and darkness falls.

Poor visibility often casts doubt when making crucial decisions from the driver’s seat, posing several potential hazards. Luckily, many such limitations can be nullified through the use of upgraded headlights, which are now widely available even in the aftermarket segment. These headlights are designed to cast far more light into your travel path than that produced by standard Halogen bulbs. Among the most pertinent of these options are HID, LED, and Laser headlights.

In many cases, consumers encounter a certain amount of difficulty when attempting to differentiate between these headlight configurations. This often leads to confusion, especially when determining which speciality of a headlight offers the best value in any given situation. In recent years, the automotive market has seen a significant incursion of new headlight options that threaten to end the dominance of halogen lights. 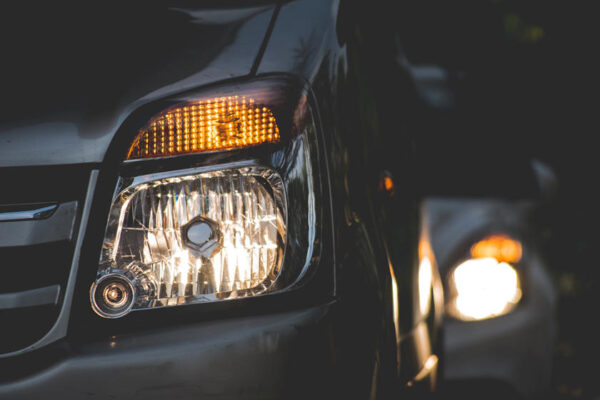 Halogen light is formed from a combination of argon and nitrogen gases that are trapped within a heat-resistant envelope that also contains tungsten filament. When an electrical charge is sent to the tungsten by the battery of the vehicle, the filament heats to about 2,500 degrees Celsius, and this ignites the glow (light) you can see from outside the bulb. In short, this is what’s known as the incandescence process, which is similar to any electric bulb found in any household. These lights are not very efficient as most of the energy is wasted in heat generation rather than illumination. 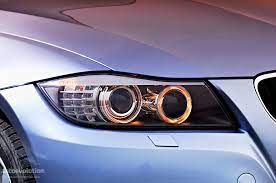 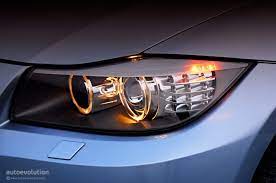 HID stands for High-Intensity Discharge. When used in an automotive headlight bulb, this technology lights up in a manner that isn’t possible with the use of standard halogen bulbs.HID headlights forgo the use of a traditional filament strand. Instead, bulbs of this configuration rely upon the use of xenon gas as their source of illumination and hence can be termed as Xenon lights also.

Xenon, in high-pressure form, is charged through electrical inputs from an HID headlight’s high-voltage electrodes. Once charged, this supply of xenon is superheated into a plasma state, which eventually produces a rich light-blue or white illumination. Most HID headlight units are used in conjunction with projector-beam assemblies, which are intended to concentrate the light and direct the beam onto a predefined path. This maximizes the effectiveness of HID headlights while also minimizing the chance of inadvertently blinding fellow motorists at the same time.

HID headlights have now been around for quite some time, and they generate over 3000 lumens. They first appeared in the 1991 BMW 7-Series. Over the course of 30-years since they rose to prominence, HID headlights have become known for their long service life, which averages more than 30,000 hours in most of the applications. Overall, HID headlights serve as a better & viable alternative to the standard bulbs. In the majority of instances, properly installed HID headlights produce 2-3 times more light than halogen bulbs while accounting for less draw on the vehicle’s battery and alternators. 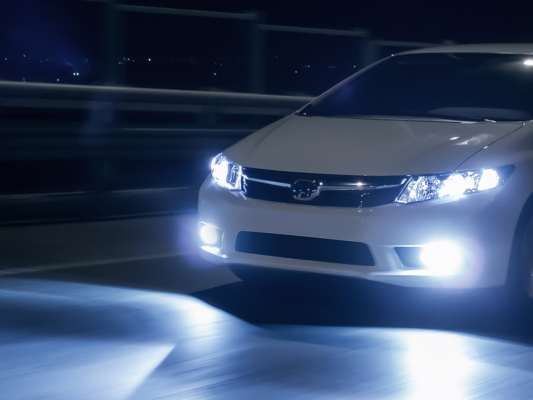 LED stands for Light-Emitting Diode. While LED technology has been used in various applications over the past decades, lighting of this type within the automotive industry has recently gained substantial popularity. Out of all the headlights on the market, LED undergoes the most unusual process to generate light. Inside a LED headlamp, negative electrons run against holes in a semiconductor to produce a light-emitting diode, hence the light’s name. When the electron enters a low-energy hole, a photon is released. The process is also known as electroluminescence. The frequency at which this process occurs — thousands of times per second — is what produces LED light.

LED headlights do not make use of pressurized gases within their design, as is the case in both Halogen and HID headlights. Instead, LED headlights discharge light through semiconductors or diodes. However, LED headlights also come in a number of different individual colours. These varying colours are created through the use of coloured lenses, which, when applied over a bulb’s individual diodes, emits the colour of preference. The legality of non-standard coloured LED headlights generally differs by state.

The most recent of innovations in the headlight segment is the laser light, which debuted in the early 2010s and has since then been aggressively promoted by Audi and BMW in the European market. Out of all the headlight types we have covered so far, laser lights are the closest thing to prophesy fulfilment for the futuristic Sci-Fi of decades long past. While lasers are considered dangerous, actual lasers play a minuscule role in the luminescence of laser lights as they actually rely more on phosphor to create the light.

Looking at something like the Laser Headlight found in the BMW I8 – three blue lasers shoot through tiny mirrors, which in turn point the energy onto a phosphor plate or lens. When interacting with lasers, phosphor generates white light. This light is then relayed onto a reflector and then, of course, onto the road. As a result, laser headlights project with far more clarity than any other type of vehicle lighting solution available on the market. This can prove quite helpful while navigating through winding hazardous roads during low visibility.