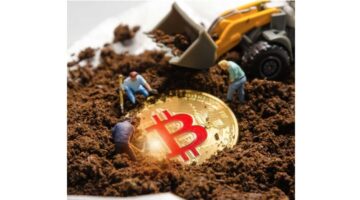 Some say it’s the future, some say it’s just a scam, others call it ‘Magic Internet Money’. But what is it exactly? What is cryptocurrency and why it is taking the world by storm? Well, to begin with, Cryptocurrency is defined as the mediums of exchange, they are a means of carrying transactions, digitally. It uses cryptography to secure and verify transactions as well as to control the creation of new units of a particular cryptocurrency. Cryptocurrency is incomplete without three terms – Blockchain, Bitcoin, and Ethereum. But before that, let’s dive into the history of crypto.

With systems like Flooz, Beenz and DigiCash, the beginning of crypto can be traced back in the 90s, but did not work at that time. Fraud, financial problems and even frictions between companies’ employees and their bosses can be touted as the reasons for this inevitable failure. Hence the Trusted Third Party approach had to roll in the system to run behind the companies to get them verified and also to facilitate the transactions. But as the companies failed miserably, it was said that the digital cash system had no future and we have to wait to ace the crypto game.

The web based money again came back and was a hit considering the previous failures in the space. It was the season of startups and they created payment solutions and virtual money systems using the same digital payment system. The clear winner for this would be PayPal as it was the first company that thought about what the customer wanted. PayPal offered a seamless peer-to-peer transfer mechanism and a neat way of accepting payments for the merchants. And today, nobody can compete to the level of Paypal.

Then, in early 2009, an anonymous programmer or a group of programmers under an alias ‘Satoshi Nakamoto’ introduced Bitcoin. Satoshi described it as a ‘peer-topeer electronic cash system.’ It is completely decentralized which means there are no servers involved and no central controlling authority. The concept closely resembles peerto-peer networks for file sharing.

India with a population that is over 1 billion strong has been on something of an economic renaissance in the last few years. More than 40 percent of the country’s population has access to telecoms and internet services. A country steeped in mystery, history, and culture, it is also not one to fall behind when it comes to technological advancement. Bitcoin and other cryptocurrencies have been operating within the country for a number of years now.

In 2012, small scale Bitcoin transactions were already taking place within the country. By 2013, Bitcoin was beginning to gain a level of popularity that was spreading across many countries. In a short space of time, cryptocurrency exchanges began to spring up within the country. Pioneers like BtcxIndia, Unocoin, and Coinsecure began offering cryptocurrency exchange and trading services in India. Over time, others like Zebpay, Koinex, and Bitcoin-India were added to the list. Apart from these online exchanges, there are also a number of over-thecounter (OTC) crypto shops in the country and you have the makings of a crypto economic hub.

Then the Demonetization happened in 2016. It became common practice for some to buy large orders of Bitcoin or other cryptocurrencies and then sell them at a later date. Many Indians, especially those in the 40 percent bracket with access to the Internet began to take up Bitcoin and other cryptocurrency investments. Despite its vast population, India only contributes 2 percent of the total global cryptocurrency market capitalization. The small role being played by such a large economy can be attributed to the following reasons.

Later in 2018. the Reserve Bank of India (RBI) warned the citizens about the risk associated with cryptocurrencies. The Finance Ministry in the country has labeled cryptocurrencies as not being legal tender. The government has also been in talks to develop modalities for some form of a crypto crackdown. Earlier in the month, it was reported that the major banks in the country also froze some accounts of a few cryptocurrency trading platforms.

Given that despite sanctions like this, blockchain technology and decentralized finance look like they will be an inevitable part of the future of the global economy, whether the RBI’s move will succeed in achieving a permanent embargo or entail only a short term inconvenience for India’s crypto ecosystem, remains to be seen. Somehow, Cryptocurrency will be the future of money.